(7/2020) Mysterious Site uncovered near the US embassy in Jerusalem 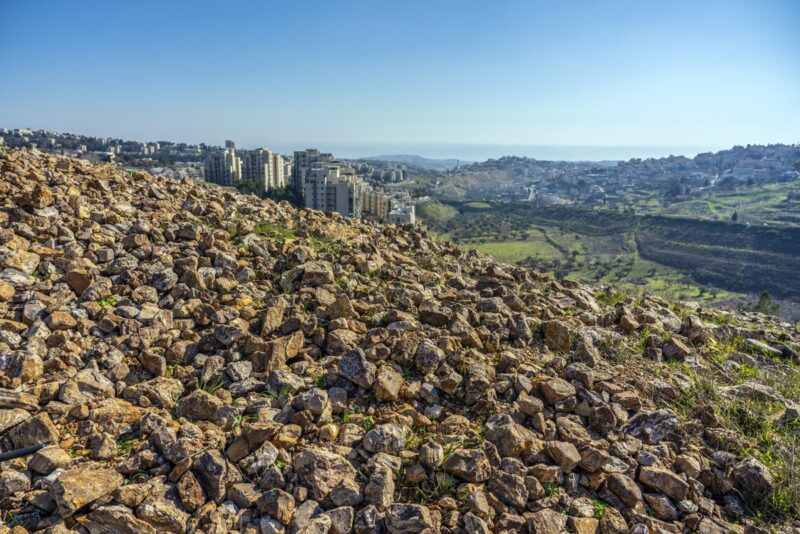 The “Hill of Stones” (Arabic – “Rujum”) excavated near the US embassy in Jerusalem. Photo by Yaniv Berman, IAA

The mountains of Jerusalem were massively terraced in antiquity for agricultural development. Alongside these terraces there is a mysterious archeological phenomenon known in Arabic as “Rujum”. These are piles of tens of thousands on field stones. They sometimes create an artificial hill.

It can be suggested that this is an industrial clearance of the mountain ridge for agricultural development. But it would be wiser to use all of these stones to build more terraces, and so increase the agricultural potential of the mountainous area. Another possibility is that these are remains of watch towers guarding the agricultural land. Such stone watch towers are known from other periods, and are even known from the Bible. Prophet Isaiah called them “Shomera”.

Recently, the Israel Antiquities Authority announced on the initial results of a special salvage excavation in southern Jerusalem, about 400 meters from the new US embassy. This excavation is the first of its kind to uncover a Biblical era “Rujum”.

To the surprise of the archaeologists, it turned out that beneath and around this hill of rocks lay a large structure, dating to the eighth century BC.

Furthermore, in the fill of the building, many pottery shards were recorded. Most of them were of jars, and over a hundred of the jar handles proved to be stamped. Most of the stamps were of the “Lamelekh” (=”belonging to the king”) series. This series of stamps is dated to the 8th Century BCE and is attributed to King Hezekiah. Some of the stamped jar handles bore private Judahic names – “Naham [son of] Abdi”, “Meshalem [son of] Elnatan”, “Shabanya [son of] Azaria”, “Shabana [son of] Shachar”, and more.

There is no doubt that these are officials in the government of the Kingdom of Judah. Based on this, the archaeologists digging the site concluded that this was probably a warehouse where grain and taxes were collected.

But if so, why was it later covered with tons of field stones?

Small Finds May Offer a Solution

A possible solution may lie in the fact that among the small finds, dozens of small ritual figurines were also discovered. Biblical-era cultic figurines have long been known throughout Judea, and many identify them with the Biblical “Ashera”. Ashera worship was rebuked by the Biblical prophets, and eventually it was abolished. The first king to order the abolition of Asherah worship was king Hezekiah. Some 80 years later King Josiah repeated this act. These kings reigned in the eighth and seventh centuries BC, and this is also the time frame in which the building was used. 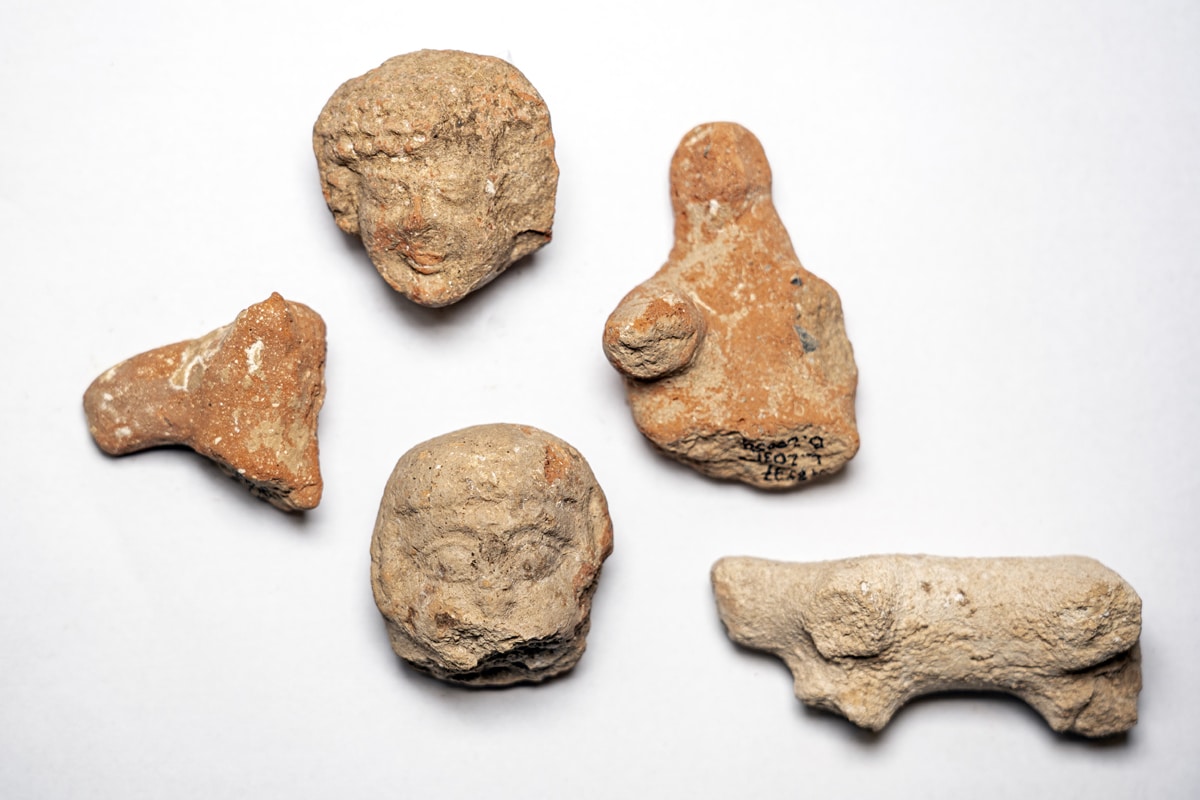 Being so, I would like to suggest that this may have been a ritual compound, a biblical “Bamah” (high place of worship). The jars a and the stamped jar handles actually indicate offerings made in this place of foreign cult, up until the religious reform of King Josiah. Josiah’s reform are well attested in the Bible –

“The king also desecrated the high places that were east of Jerusalem on the south of the Hill of Corruption—the ones Solomon king of Israel had built.. Josiah smashed the sacred stones and cut down the Asherah poles..

The “Hill of corruption” is identified east of the City of David. If the Bible describes additional placed of foreign worship as being high places that were east of Jerusalem on the south of the Hill of Corruption” it is tempting to suggest that it is referring to the very area where this site is. It is also not the only “Rujum” in the region. At least two other “hills of stones” are known south of the Old City of Jerusalem, not to far from this mysterious site.

Perhaps these are the very “high places” of idolatry near Jerusalem that Josiah defiled and destroyed?

A tour to this new discovery can be combined with a day tour of Jerusalem.