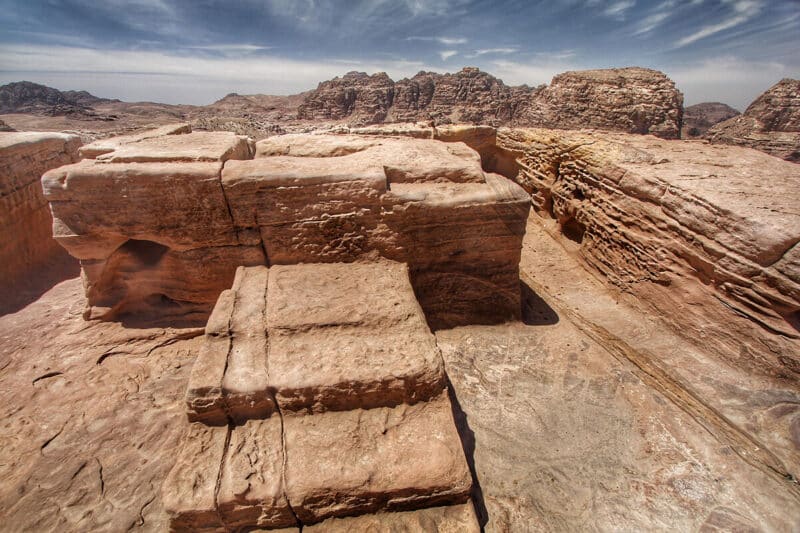 The High Place of Sacrifice is located on a summit above the ancient Petra. The 700 steps climb (!) passes by two obelisks carved in the rock, each 6 m high.  They are possibly representing the two chief Nabatean deities – Dushara and Al Uzzah. Perhaps the obelisks are the reason the summit is called in Arabic “Zib Attuf” (English: “The place of the merciful phallus“). On a hilltop next to it massive walls of a Crusaders era fort can also be seen. It’s stones are possible recycled from a former Nabatean or Roman building that stood at the same spot. The High place of Sacrifice is behind the fort and consist of a shallow rectangular pool carved in the rock, perhaps to collect rainwater, and next to it an altar as well as a niche to drain blood of the sacrifice.  A Nabatean inscription from Madai’n selah suggest daunting possibility that perhaps even humans were offered at this site: “abd-Wadd, priest of Eadd, and his son Salim, and Zayd-Wadd, have consecrated the young man Salim to be immolated to Dhu Gabat“.

A visit to this site can be combined with a tour to Petra.