‘Abba Cave’ is the name given to a rock-cut burial cave found in the north of Jerusalem in 1970. The cave dates to the 1st century BCE and is famous a having a highly decorated bone box (ossuary), and an inscription alluding to the burial of the last Maccabean king, Matithyahu Antigonos II.

The Discovery of Abba Cave 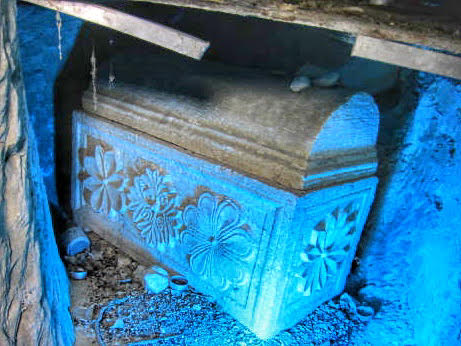 After the Six Days war in 1967, Jerusalem was unified under Israeli rule. A new neighborhood was planned at the former no-man zone of the city, which required an archaeological survey. Various finds from ancient times were uncovered, most notably were the tomb of the Crucified man and Abba Cave.

Abba Cave was a rock-cut tomb comprised of two chambers. In one of the rooms a highly decorated stone bone box (ossuary) was found. In the second room an inscription in Paleo-Hebrew letters was affixed to the wall. It read “I am Abba, son of Eleazar the priest. I am Abba, the oppressed, the persecuted, born in Jerusalem and exiled to Babylon, who brought back Mattathiah son of Judah and buried him in the cave that I purchased.”

The bones inside the ossuary were examined by Professor of anatomy Niko Haas. He estimated the deceased was in his 20’s and that he died by decapitation.

Who Was Buried in the Ossuary? And Who is Abba?

Shortly after the discovery, professor of History Joshua Meir Grintz suggested that this is the tomb of the last Maccabean king, Matityahu Antigonos II. Mattiyahu was crowned in 40 BCE and reigned for only 3 years. He led an ill-fated battle against Herod, who was favored by the Romans as King of Judea. In 37 BCE Matityahu lost, and was sent to Antioch (in today’s Syria), where he was eventually decapitated.

Grintz speculated that Abba was a loyal Jewish priest who managed to obtain Matityahu’s body and bring it for final rest in the outskirts of Jerusalem. While this theory seemed attractive, it was rejected by most scholars.

Additional Discoveries, By the Owner of the Property 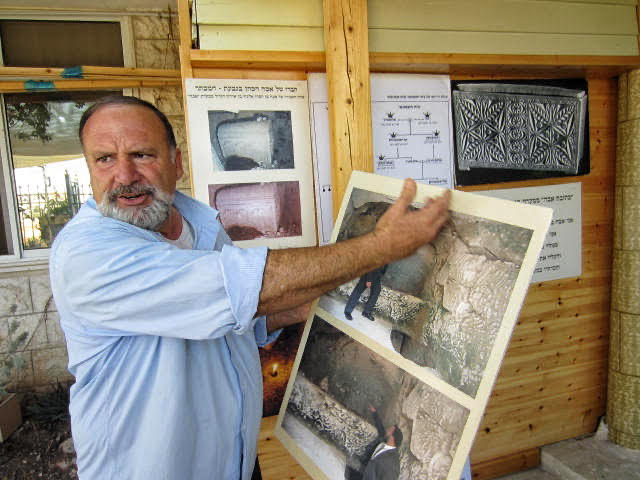 The decorated ossuary and the inscription were removed from the cave, and were taken to the Israel Museum, where they are on display to this day.

A private home was built above the burial cave, by the Jewish Delarosa family. In 1982 a member of the family, Refael, decided to conduct further research in the cave. To his surprise he discovered a niche in the cave the archaeologists failed to notice, with another ossuary in it. Inside were skeletal remains of an adult an a child.

So Who is Buried in Abba Cave?

All the evidence seems to suggest that the tomb in Abba cave was indeed formed for the burial of King Matityahu Antigonus II. The highly decorated ossuary was of the decapitated king himself, while the second ossuary was of Abba, and possibly his child who died very young.

The main problem with Grintz’s theory is that the inscription does not label Matityahu as “King”, and moreover, it names his father “Judah”. King Matityahu’s father called Aristobulus, not Judah. Professor Grintz was well aware of that. He speculated that Judah was the Hebrew name of Aristobulus, and Abba the priest preferred using only the Hebrew names of the kings in the inscription. After all the Inscription itself was in Hebrew and written in Paleo-Hebrew Letters.

Yet the lack of the title “King” is disturbing. Perhaps Abba deliberately avoided the royal title of the deceased to keep his identity discrete? Perhaps he feared that tomb might be discovered by the Romans and then it would be destroyed. If so, he definitely achieved keeping the tomb a secret.

The cave is within the private property of Delarosa family, yet they welcome visitors. The highly decorated ossuary and the inscription were taken to the Israel Museum, but the second (Abba?) ossuary is presented inside the cave.