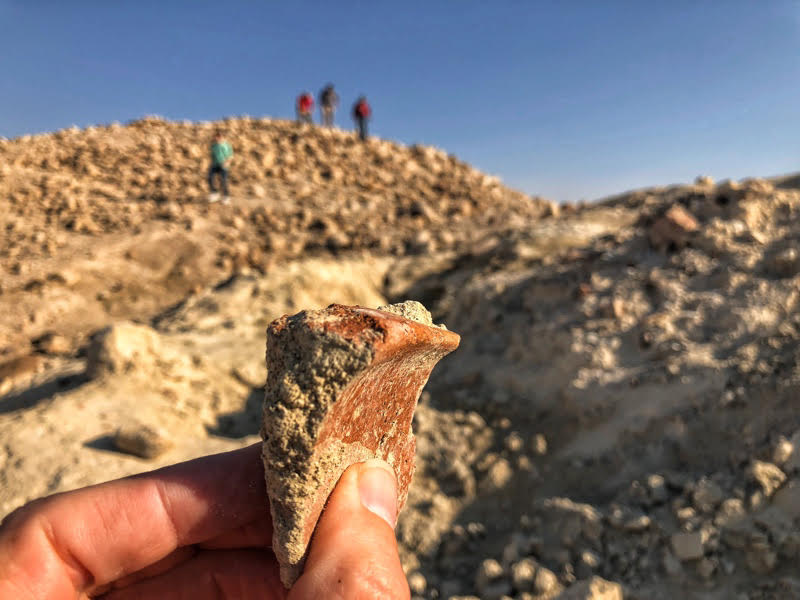 Located 15 miles north of Lot’s Cave, Bab Edh-Dhra is an enigmatic archaeological site along the eastern shoreline of the Dead Sea. Dating to the Early Bronze Age (about 2500 BCE), Bab edh-Dhra was a 4-acres walled city, whose population may have been 1000 inhabitants. Yet around the city over 20,000 family tombs were documented, all similar shaft-graves. The mass graveyard compared to the size of the city is an enigma, as well as the cause of the city’s destruction around 2300 BCE. Some scholars suggest identifying this site with biblical Sodom, which was destroyed by the wrath of God (Genesis 19:25).

Furthermore, 9 miles south of Bab Edh-Dhra is another Early Bronze site that was destroyed around the same time. Called ‘Numeirah’, some suggest identifying this site with biblical Gomorrah. Combined with geological formations like Lot’s wife pillar, these sites provide an important understanding to how biblical narratives developed.

The Mysterious Cemetery at Kh. Qazone

In addition to these intriguing sites, near Bab edh-Dhra and south of the junction of route 50 and 65 is another enigmatic cemetery site. Called in Arabic ‘Khirbet Qazone’ , this site yielded 3500 tombs from the Roman period, similar to the ones found in Qumran. While the cemetery in Qumran is associated to the site itself, the identity and context of people buried in the Khirbet Qazone cemetery is unknown.

A tour of these sites can be combined with a multi-day tour of Jordan. 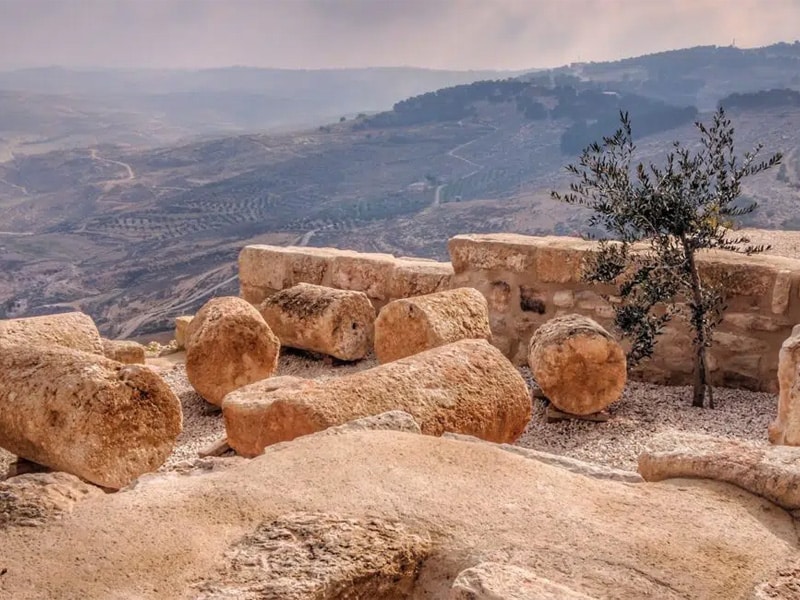