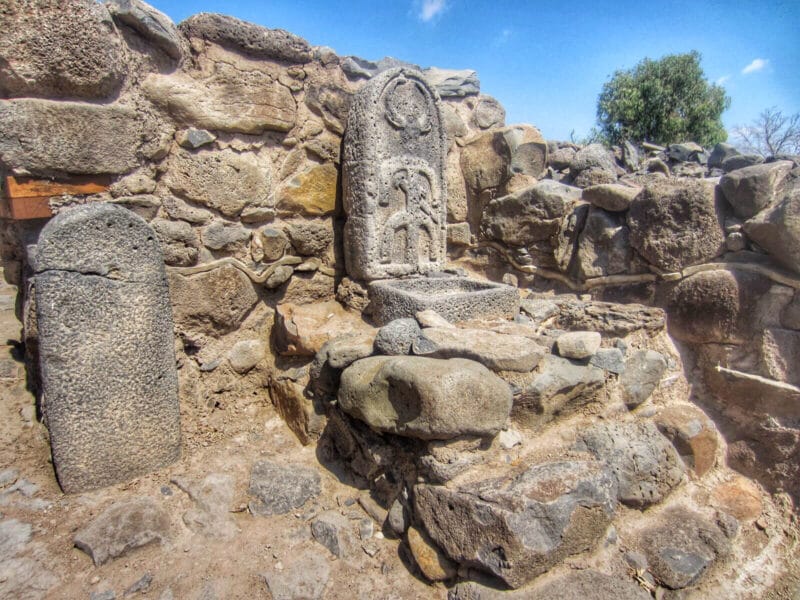 Located near the mouth of the Jordan River into the Sea of Galilee, Bethsaida was once a regional center, and the home of three of Jesus’ Disciples. Cursed by Jesus, abandoned and later forgotten, today even its location is uncertain. New research yielded some fascinating finds that might resolve the mystery of its location, and fate.

The History of Bethsaida

Bethsaida (Hebrew: House of the Hunter; Aramaic: House of the fisherman), was first mentioned in Roman times. Pliny the elder mentions it being east of the Sea of Galilee. Bethsaida is especially significant in the Christian world for be being mentioned several times in the New Testament. The lengthiest account is of Jesus healing a blind man:

“They Came to Bethsaida, and some people brought a blind man and begged Jesus to touch him. He took the blind man by the hand and led him outside the village. When he had spit on the man’s eyes and put his hands on him, Jesus asked, ‘Do you see anything?’ He looked up and said, ‘I see people; they look like trees walking around.’ Once more Jesus put his hands on the man’s eyes. Then his eyes were opened, his sight was restored, and he saw everything clearly. Jesus sent him home, saying, ‘Don’t go into the village.’’’ (Mark 8:22-26).

Aside this story, Bethsaida is known from the New Testament as the home of Philip, Andrew, and Peter (John 1:44). However, perhaps because of local opposition to him and his messages, Jesus later cursed Bethsaida:

“…Woe to you, Bethsaida! If the miracles that were performed in you had been performed in Tyre and Sidon, they would have repented long ago in sackcloth and ashes. But I tell you, it will be more bearable for Tyre and Sidon on the day of judgment than for you.” (Matthew 21:22).

Other sources teach us that in the year 30 CE, Philip, the son of Herod the great, elevated the status of Bethsaida to a Greek city (Polis), and renamed it “Julias”, in honor of Livia, the wife of the emperor Augustus. Furthermore, he fortified the city and built in it a temple in honor of the empress. Apparently, Philip also lived, died and was buried in the city. Later, in the Byzantine period, a big church was erected in Bethsaida, perhaps commemorating relics relating to the disciples. Following the Muslim conquest of the Holy Land, Bethsaida was abandoned, and even its location was forgotten. Pilgrims of the Crusaders period don’t even mention the site. It seems that the curse of the city by Jesus was indeed fulfilled. 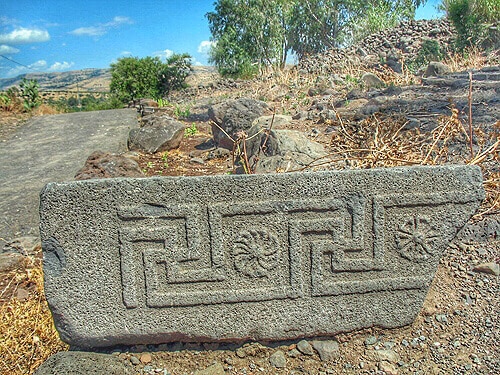 During the 19th century western scholars suggested locating Bethsaida at “E-Tell”, a large mound by Jordan River, about a mile north of the Sea of Galilee. Since 1987 an archaeological expedition is excavating at the site. Led by Israeli archaeologist Rami Arav, the expedition yielded a wealth of finds, but from an earlier period. It seems that “E-Tell” was the capital of biblical Geshur, a kingdom from the time of King David (10th century BCE). On the other hand, the finds from the 1st century CE are poor, reflecting a fishing village, at most. The lack of matching finds led other scholars to suggest locating Bethsaida at “El-Araj’”, a small site on the mouth of the Jordan River. Excavations here began in 2017. On the first season remains of a Roman bath house were uncovered, possible evidence of a Roman Polis. In 2019 remains of a Byzantine period church were unearthed.  Currently it seems that El-Araj, not Et-Tell, is the site of ancient Bethsaida, but it remains to be proven.

Both “E-Tell” and “El-Araj” are near the northern shore of the Sea of Galilee. “E-Tell” site is easily accessed from “Park Hayarden”. It has marked trails and signs with explanations. On the other hand, “El-Arj” is still under investigation, and has no paved road leading to it. It can be reached by foot from “Arick” bridge. Both sites present a fascinating riddle of tracking one of the last sites mentioned in the New Testament whose location is uncertain.

A tour to these sites can be combined in a guided day tour of the Galilee.

Contact us to inquire more about a private tour to Bethsaida sites: