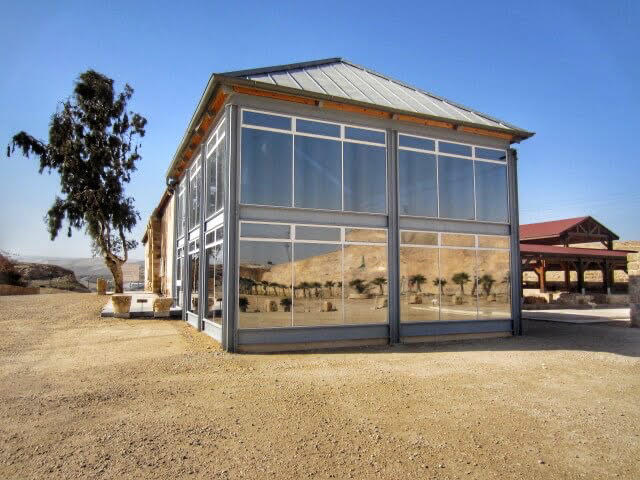 The Good Samaritan Inn is an archaeological site next to the Jerusalem-Jericho road. It is named after a parable said by Jesus when asked about eternal Life, identified as the inn mentioned in the ‘Good Samaritan” parable (Luke 10:25-37).

In Luke 10 Jesus is challenged with a question – What is needed to inherit eternal life? Part of his answer quotes Leviticus 19:18:

“Love your neighbor as yourself.” But this is followed with a parable. “A man was going down from Jerusalem to Jericho, when he fell into the hands of robbers. They stripped him of his clothes, beat him and went away, leaving him half dead. A priest happened to be going down the same road, and when he saw the man, he passed by on the other side. So too, a Levite, when he came to the place and saw him, passed by on the other side. But a Samaritan, as he traveled, came where the man was; and when he saw him, he took pity on him. He went to him and bandaged his wounds, pouring on oil and wine. Then he put the man on his own donkey, took him to an inn and took care of him. The next day he took out two silver coins and gave them to the innkeeper. ‘Look after him,’ he said, ‘and when I return, I will reimburse you for any extra expense you may have.’ “Which of these three do you think was a neighbor to the man who fell into the hands of robbers?” The expert in the law replied, “The one who had mercy on him.” Jesus told him, “Go and do likewise.” (Luke 10:29-37).

Why did Jesus choose the route between Jerusalem and Jericho to portray a dangerous road? Two thousand years ago the answer was obvious. Both Jerusalem and Jericho were important sites in antiquity, but the road between the two passed through the rough and dry terrain of the Judean Desert. Hot and shade less, this area was uninhabited and undeveloped. Only nomads could utilize this region, and to this day Bedouin encampments can be seen on the sides of the modern road.

History of the Good Samaritan Inn 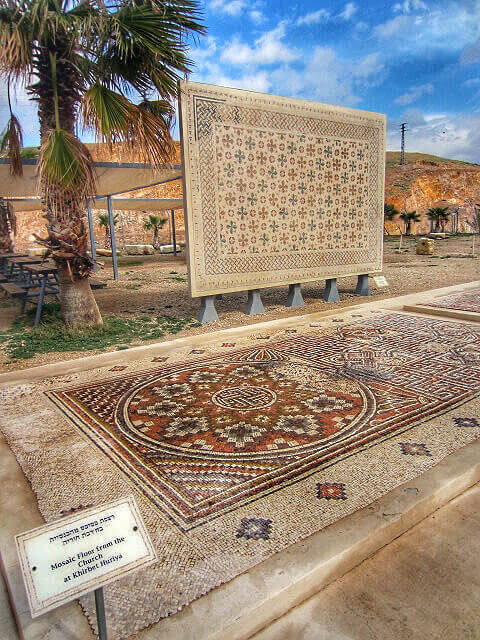 It is not clear whether there was actually an inn at the site in the First Century CE, but in the Byzantine period (4th-7th centuries CE) on, it was venerated as The Good Samaritan Inn. A basilica shaped church built there provided another pilgrimage destination as well as road services for pilgrims heading to Jericho and the Baptism site. During the Crusader period a fort was built on the hilltop next to the church, whose remains are clearly visible to this day. The church itself was abandoned, but next to it a road station was built. The local Arabs called the site “Khan el Hatruri” – ‘The inn of the hungry’, echoing a past memory that the site once accommodated travelers.

On the turn of the 21st century the site was excavated and developed into a unique museum, exhibiting a variety of ancient mosaic floors discovered in this region.

The Good Samaritan Inn is a national park. It is open every day from 8:00 to 17:00. The setting of the museum combines the use of the old local stone structure, with a modern glass and metal hall. Most interesting is the display of Samaritan mosaics, and photos of their rituals, presenting this small yet proud community. The Byzantine church is now refurbished and allows Christian pilgrim groups to even conduct services at the site.

Contact us to inquire more about a private tour to the Good Samaritan Inn: