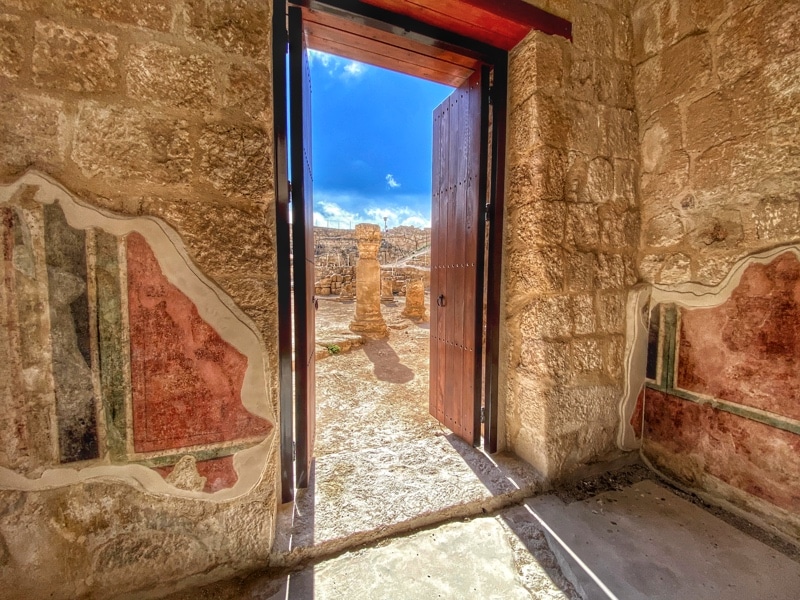 Herodium (Hebrew: “Herodion”) was a fortified desert palace built about 2,000 years ago. It is 10 km away from Jerusalem and 5 km SE of Bethlehem, on the edge of the Judean Desert. It is also known as the burial site of King Herod.

The History of Herodium 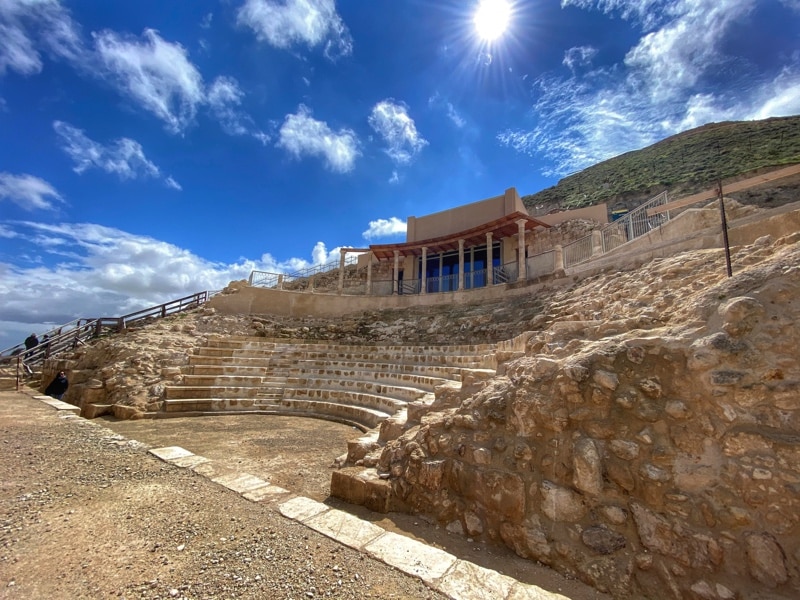 Some 2,000 years ago, king Herod was appointed by the Romans to rule Judaea and decided to turn a hill near Bethlehem into a fortified desert palace. To achieve this task, he raised the hill to the shape of a volcano, and built a grand palace on it. He humbly named the site after himself, and eventually was also buried in it. A century later, Jewish rebels seized the mountain and again, like in Masada, lost to the Romans. Centuries later, like in Masada, monks resettled on the site, forming a monastery and possibly a leprosy center in the Byzantine period. Following the Muslim conquest, the site was abandoned again, and never resettled. Its Arabic name (“Furedis”) hinted to its original name. Since the 19th century, several archaeological expeditions have been excavating the site, unfolding various remains of its golden and turbulent past.

Was Herod’s Tomb Found in Herodium? 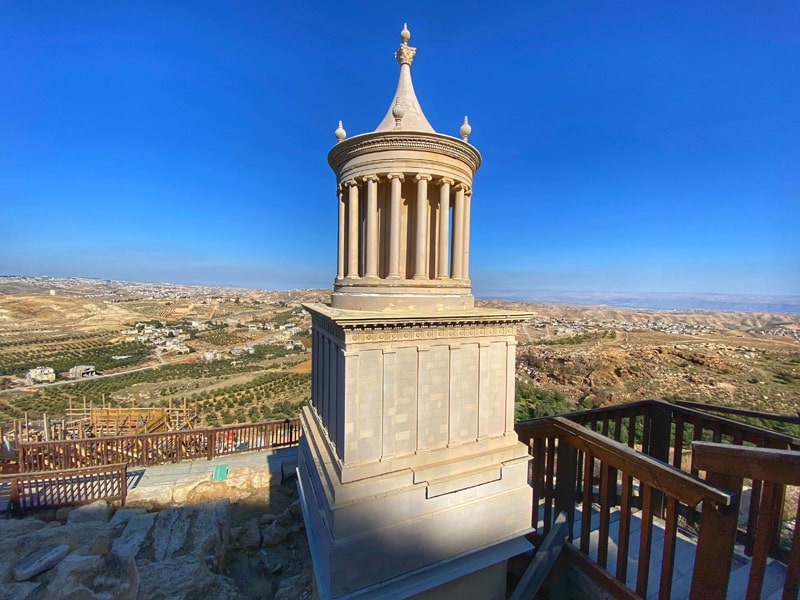 The most famous archaeological discovery made at the Herodium so far, was the extraordinary finding made by Prof. Netzer from the Hebrew University.  In 2007, Netzer and his team uncovered a sepulchre with 3 royal-scale burial coffins (Sarcophagi) on the slopes of Herodium’s citadel. These tombs were published as the lost burials of King Herod and some of his family members. The discovery led to an influx of visitors to the site, although not all scholars agree this is fact Herod’s lost tomb.

In recent years, Herodium is witnessing an unpresented development. A new visitors’ center at the entrance displays a model of the site. It is followed by a movie on the funeral of King Herod, with detailed virtual reconstructions. Near the tomb, a large scale model presents its assumed original shape. Unique colorful frescoes were discovered in the theatre next to it. The site also presents the Herodian bathhouse and palace, whose triclinium was converted into a synagogue by Jewish Rebels. Beneath the citadel, an impressive set of Water cisterns attest to Herod’s scale of engineering and ingenuity.

Setting a Bar-Mitzvah in the Synagogue of Herodium

Although less famous than Masada, Herodium also witnessed a dramatic clash between the Romans and the Jews, both during the Great Jewish Revolt, and the Bar-Kokhva revolt. The living room in Herod’s palace converted into a synagogue, and the ritual bath next to it, is evidence of the Jews clinging to their faith and tradition, even in harsh conditions. Being so, this site is a remarkable location to set a Bar or Bat-Mitzvah ceremony. Reading from the Torah in a 2,000 year old synagogue is a very unique way to mark the child’s festive day. This location connects the event to some of the oldest and most dramatic chapters in Jewish history.

Contact us to inquire more about a private tour to Herodium: