Simon the Tanner’s House in Jaffa 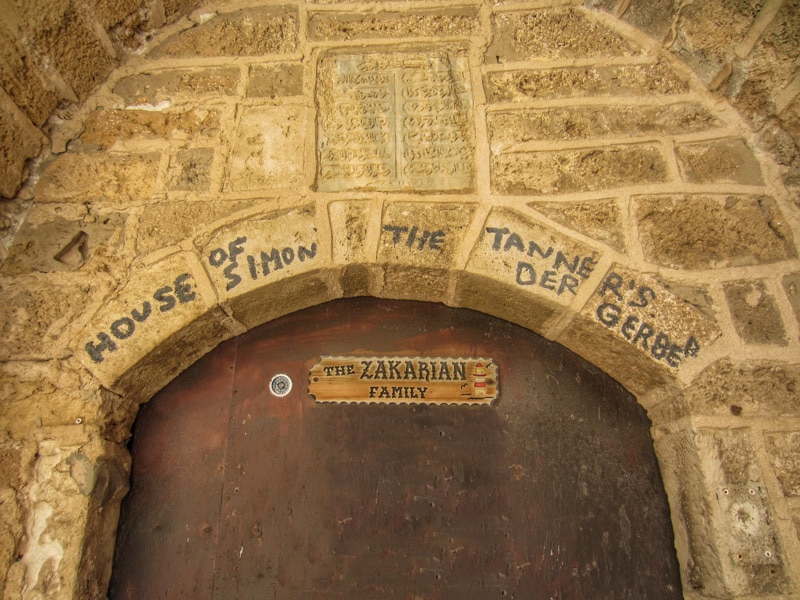 Next to the old lighthouse of Jaffa an inconspicuous house from the 19th century is venerated by the Armenian church as the home of “Simon the Tanner, whose house is by the sea ” (Acts 10 6). Here, by local tradition, Peter fell into a trance and was commanded to slaughter and eat unclean animals, as “he was ordered  – “Do not call anything impure that God has made clean.” (Acts 10:15). This event encouraged Peter to promote his message also to non-Jews, and indeed he then goes to Caesarea, and baptizes a Cornelius, a non-Jewish Roman officer, the first non-Jew to church the early church. In 1730 the house functioned as a mosque, but later it became the property of an Armenian family, the Zakarians. The family once operated the lighthouse of Jaffa, which was above their house. But it went out of use in 1964, when commercial traffic in Jaffa’s port was terminated. Nevertheless, the rusting poll of the lighthouse can still be seen next to their home.

Touring the House of Simon the Tanner

Being a private property, the house is closed to the public. It was also never excavated, and so there is no archaeological information whether this area was ever used as a tannery or settled in the first century. Furthermore, the Greek-Orthodox church claims the house of Simon the tanner to be in a another location (Saint Michael Greek-Orthodox Church), and by Catholic tradition it was on the hilltop of Jaffa (Saint Peter’s Catholic church). However, there is no archaeological evidence support to support these claims as well.

A tour to the House of Simon the Tanner in Jaffa can be combined with a guided day tour to Jaffa and Tel-Aviv.