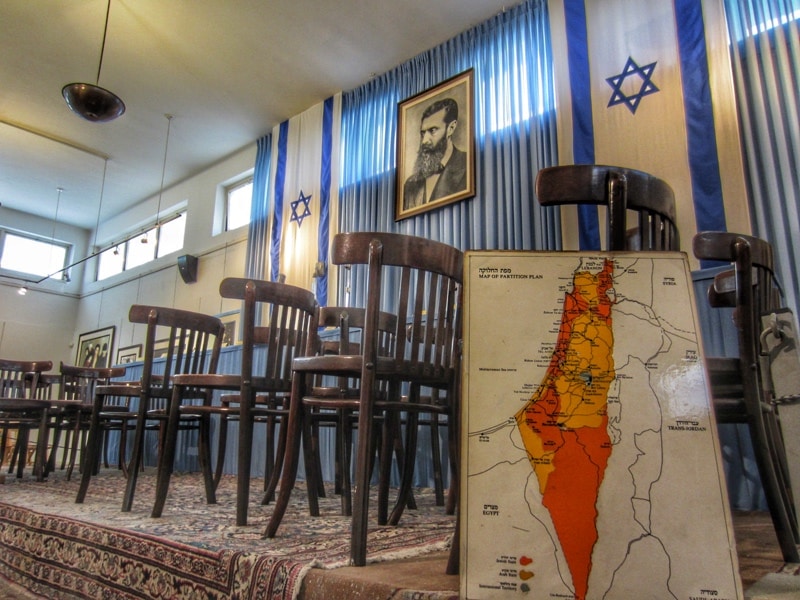 Located in the heart of early Tel-Aviv, the Hall of Independence marks possibly the most significant event in Israel’s modern history. Here, on May 14th 1948, the State of Israel was declared.

The longing for the Land of Israel has passed through generations among the Jews. “Next year in Jerusalem” is a centuries old Jewish blessing, expressing the yearning to return to the Promised Land, and rebuild Jerusalem. Following the Spanish expulsion, some Jews settled in the Holy Land in the 16th century, but conditions under Ottoman rule were very harsh. Only in the late 19th century, the Jewish settling of the land was institutionalized, by the Zionist Movement. In 1917, the Balfour declaration seemed to express British support of this goal. Yet, during the British Mandate over Palestine, the British authorities demonstrated quite the opposite. To appease the Arabs, they limited Jewish immigration and land purchase in Palestine.  Moreover, the local Arab population attacked repeatedly both Jewish and British targets, clarifying their intention that both should leave. At the end of World War II Great Britain was bankrupt. Among others, it decided to decolonize India, Palestine and Trans-Jordan. The UN, seeking after a fair solution, voted to split the Holy Land between the Arabs and the Jews. The Jews accepted the partition plan, but it was totally rejected by the Arab world. A war broke out.

In the first half of 1948 the region of Palestine witnessed several clashes between Jews and Arabs. However, both waited till the British evacuated all their forces, which was scheduled for May 14th. The United States assessed that if a war brake out, the Jewish population could be massacred, and so they pressured the Jewish leadership to refrain from any radical political declarations. Ben-Gurion, head of the Jewish Council at the time, estimated that the Arab world would attack in any case, and this this is an historical opportunity not to be missed. A decision was made – to declare a Jewish state, a few hours before the British leave. To secure the event it was decided to set it in Tel-Aviv’s Art Museum, on Rothschild Boulevard. This location had several advantages:

For security reasons the invitations were sent only a day earlier, and the members of the Provisional State Council who were invited were requested to keep the exact time and place a secret.

“Long live the State of Israel. This meeting is adjourned”

Although it was prepared in haste, the historical event took place on time, on May 14th 1948, at 16:00. Ben-Gurion read the Independence statement, from a scroll, and the excited attendants signed it. A Rabbi recited Shehecheyanu (A Jewish blessing of thanksgiving), and the anthem (Hatikvah) was sung. The ceremony took 32 minutes and was concluded in Ben-Gurion’s statement “Long live the State of Israel. This meeting is adjourned“. The next morning Egyptian warplanes bombed Tel-Aviv, and in the following months the Jews battled fiercely against 6 Arab armies. 6,000 Jews died in the 1948 war, and tens of thousands were injured, but the State of Israel was established.

Touring the Hall of Independence 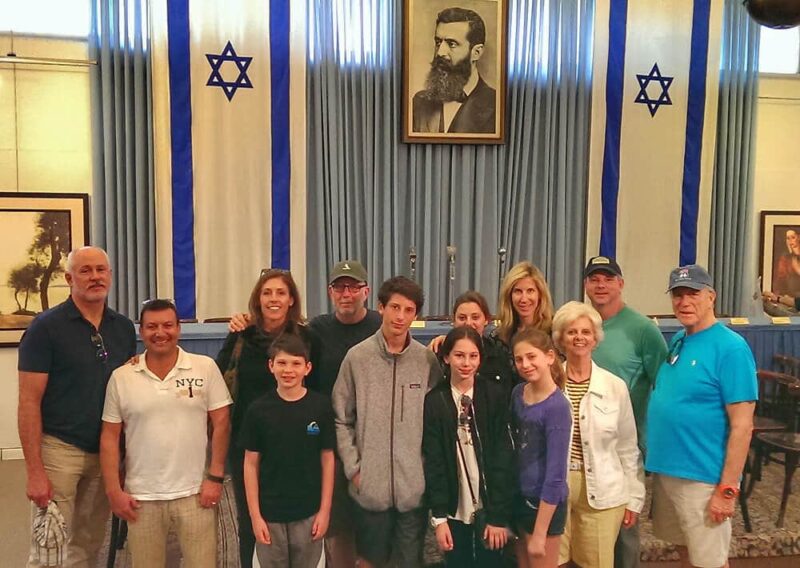 Since 1978 the former Art Museum building has been devoted solely to the declaration of the State of Israel. The interior of the ground floor hall has been precisely restored. Herzl’s portrait hangs above Ben-Gurion’s seat, flanked by two flags of Israel. The wooden seats (which were borrowed from nearby cafés) are rearranged as they were during the event, with plaques marking where each dignitary sat. A devoted staff leads guided tours at the site, combining its explanations with recordings of the event. The tour is quite an exhilarating experience, transporting the visitors to feel they are attending the actual event.

[In 2019 the building was closed for 3 years of complete makeover. In the meantime visitors can appreciate a detailed presentation of the Hall of Independence at Shalom Meir Tower, next to Shalom Meir Tower Visitor Center.]

A tour of the hall of Independence can be combined with a guided day tour of Jaffa and Tel-Aviv.