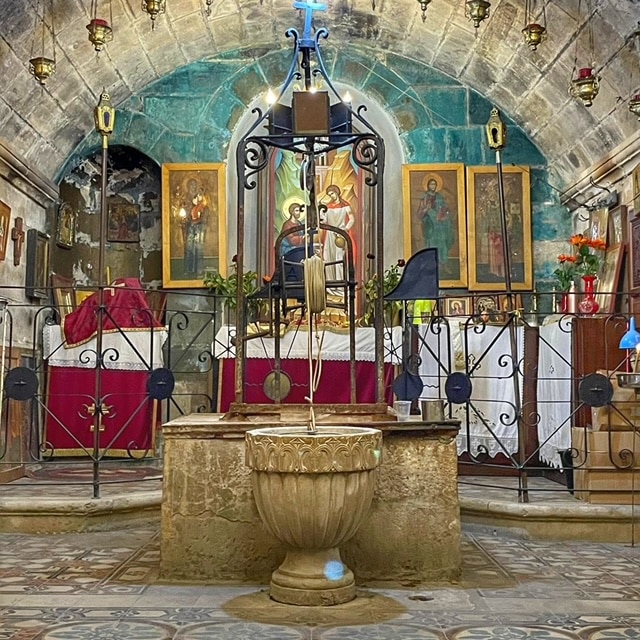 Located at the eastern end of Shechem, and near its biblical site (Tel Balata), Jacob’s Well is a holy Christian site. The Gospel of John mntiones it as a place where Jesus encountered a Samaritan Women and preached about the ‘Water of Life’ (John 4). Since the 4th century the site is identified near Shechem, and during the Byzantine period was built over the well. The well itself is 40 meters deep, and perhaps dates to Canaanite times. According to the book of genesis Jacob purchased here a plot of Land (33:19). It is related to Jacob as the book of Genesis states that he bought a land in Shechem (Genesis 33:19). In 1860 the Greek-Orthodox church purchased the plot of the well and began to build a church over it, which was completed only in 2007. Its design resembles a Crusaders’ church, but its interior is set in traditional Greek-orthodox style.

A tour to Jacob’s Well can be combined with a tour to Shechem and other sites in Samaria.