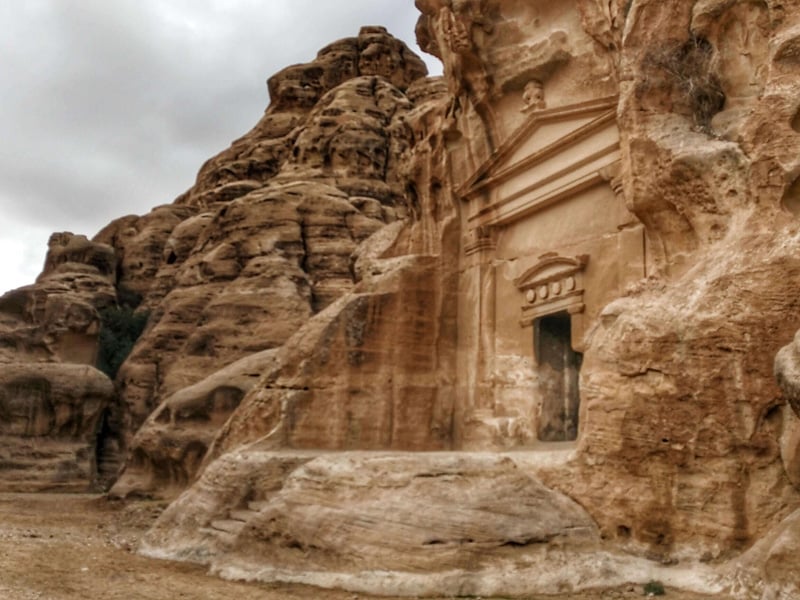 Located 4 miles north of Petra, ‘Little Petra’ (In Arabic: Siq el-Barid, the cold canyon) is also attributed to the Nabateans. The narrow passage, reminiscent of Petra’s Siq, is about 1500 feet long. Along its gorge are several tomb façades carved in the local colorful sandstone. The site is identified as a suburb of Petra, or a neighboring cemetery. In 2010 a carved room was uncovered at the site, whose ceiling was lavishly decorated with images of vine, grapes, and putti, all in Hellenistic style. It is unclear if this space was used for living or for mournings. Near ‘Little Petra’, Al Beidha is an important prehistorical site dating to the Neolithic period. Although it bears little finds, it is a significant site from the transitional period of human evolution into husbandry.

Little Petra is 2 miles north of Wadi Musa. It is open during the day, free of charge.

A visit to Little Petra and Al Beidha, can be combined in a tour to Petra and Jordan.