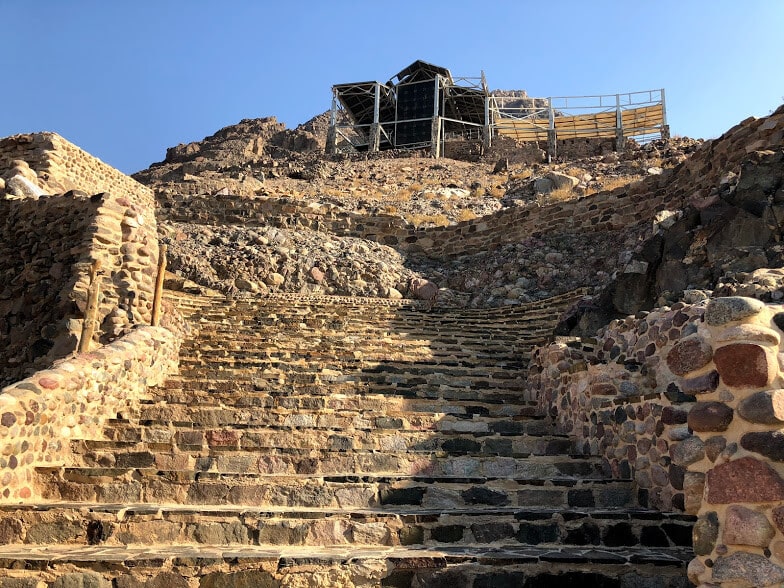 Set in a cliff overlooking the Lisan peninsula and the Dead Sea, Lot’s cave is by a centuries’ old tradition the site where Lot and his daughters sheltered after fleeing the destruction of Sodom and Gomorrah.

According to the bible, while sheltering in a cave near the ruins of Sodom and Gomorrah, Lot’s two daughters spiked his drink, had sexual intercourse with him, and later gave birth to Moab and Ben Ammi, the forefathers of the Moabites and the Ammonite people. Presenting such a narrative, the bible aimed to diminish its neighboring cultures in Trans-Jordan. 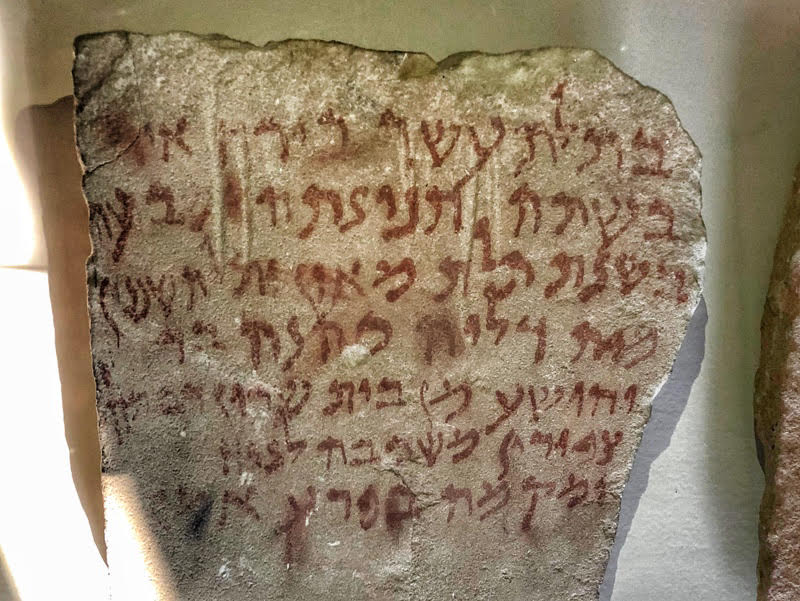 In the Byzantine period the site of Lot’s cave was identified, sanctified, and a monastic complex was built in front of it. Although recorded by several Byzantine sources, and even depicted in the Madaba map, the site was identified only in 1986. It was excavated in the subsequent years, and later part of the monastery was reconstructed. Furthermore, in 2011 a visitor center and a regional museum was opened near the cave. Titling itself as “the Museum at the lowest place on earth”, among others, it displays burial plaques that attest to a Jewish community that also in this region in the Byzantine period.

28 miles north of Lot’s Cave site, near the estuary of Wadi Mujib, is a rock formation that is identified as Lot’s Wife Pillar (not to be confused with a similar site on the western side of the Dead Sea. By local tradition, another rock formation nearby is said to be of two man kissing who in result also turned into stone.

A tour of Lot’s Cave site and regional museum can be combined with a multi-day tour of Jordan.