Migdal Afek is an archaeological site in the central Israel, set on strategic hill above the Rosh Ha’ayin springs, and the main road system of Israel both in antiquity and in modern times. 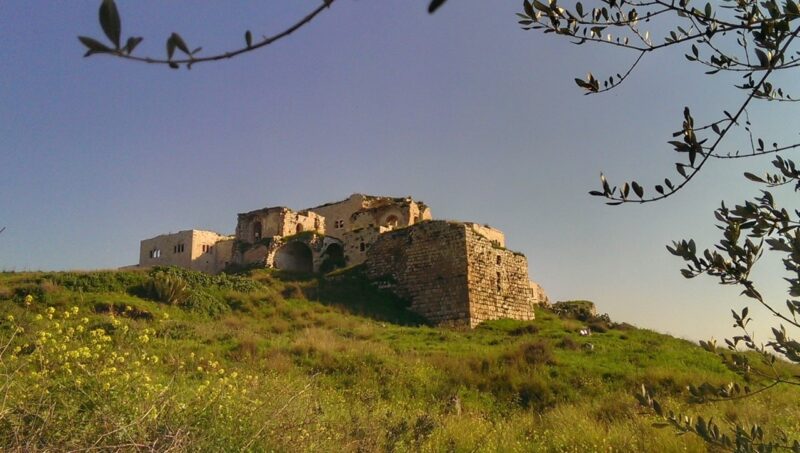 First century Historian Josephus Flavius is the first to record the site. According to his testimony, during the Big Jewish Rebellion against Rome (66-70 CE), a Roman force, led by Cestius Gallus. was camping in Antipatris “when he was informed that there was a great body of Jewish forces gotten together in a certain tower called Aphek. He sent a party before to fight them; but this party dispersed the Jews by affrighting them before it came to a battle: so they came, and finding their camp deserted, they burnt it, as well as the villages that lay about it” (Wars 2 19 1).

Centuries later, in the time of the Crusaders, the Iblin family erected a fortified manor house and called it Mirabel (French for “Marvelous view”). Later, in 1191 CE, the Muslims destroyed the fort so Richard the Lionheart would not be able to use it. Two centuries later, the Muslim Mamluks rebuilt the site and called it Majdal Yaba (Arabic: “The tower towards Jaffa”). In the 19th century a Sheikh called Sadek settled at the site and charged fees from passengers in the area. The fort was then known also as Majdal Sadek. In the 1948 war, the Arabs living at Majdal Yaba fled to West Bank. Under Israeli sovereignty the site reverted to its first name, Migdal Afek, and  became National park. 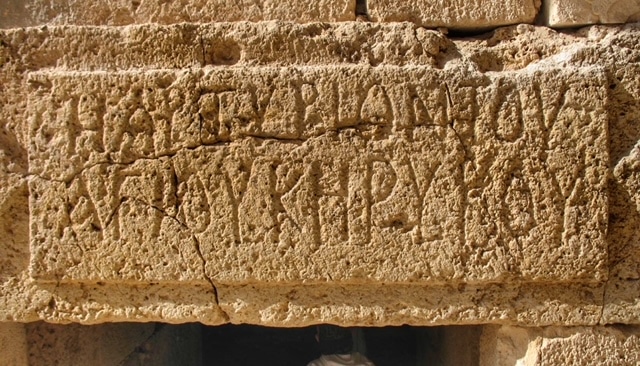 Excavations at the site uncovered mostly remains from the Ottoman period. However, a lintel over a doorway inside the fort proved to be a reused inscribed stone from the Byzantine Period. The inscription, in Greek, reads – “The Martyrion of Saint Kyriakos”. This might indicate a monastery operated at the site or nearby during the Byzantine period. Near the site a 2,000 year old Jewish Burial cave was uncovered.

Since 2015 the site is closed for a major conservation. Migdal Afek is planned to be incorporated into a 400 acres recreational public park.

A tour of the site can be combined with a guided day tour to Jaffa and Tel-Aviv.

Contact us to inquire more about a private tour to Mirabel / Migdal Tsedek: