Despite the pamdemic, in the summer of 2021 Erick managed to get into Israel and we filmed in a few locations. One of them was the on Mount of Olives.

Having a grand view of Jerusalem’s old city, we focused on the turbulant history of the Temple Mount. This presentation was followed by filming on the Temple Mount itself, although briefly, and under severe restriction due to the ongoing political tension at the site. Nevertheless we got to job done, and that chaper should air shortly!

The Temple Mount is a fascinating tour destination, perhaps the most important site in all of Israel. The entry to the site is limited, but possible.

A tour of the site can be combined in a day tour of Jerusalem. 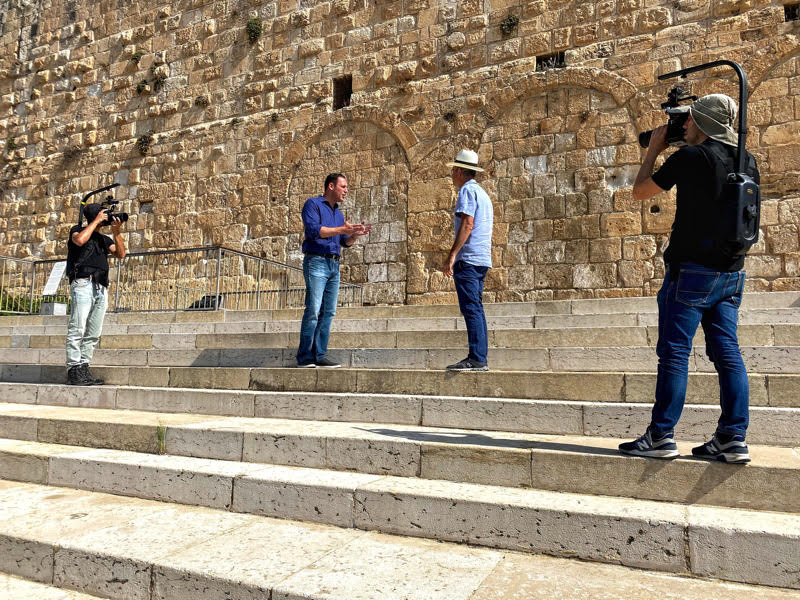 Presenting The Southern Wall on “The Watchman” Show