Ramla is a city in central Israel, about 14 miles east of Tel-Aviv. It has a fascinating mixed population of Jews, Christian and Muslims, unique historical landmarks, and a colorful local market.

Ramla was founded in 716 CE, and it was the first Muslim-built city in the Holy Land. Established in sandy terrain, Chaliph Suleiman Abd el-Malek titled it “Ramla”, a derivative of “Ramal” (sand, in Arabic). The city is located on the important road system from Jaffa to Jerusalem, as well as the main coastal highway that connected Cairo and Damascus. Ramla flourished in the following centuries, forming an urban center with its neighboring city Lod. To this day Ramla is a regional center, as well as a tour attraction, especially among the Israelis.

Today, Ramla is home for about 100,000 residents, most of which are Jews. Its main attractions are: 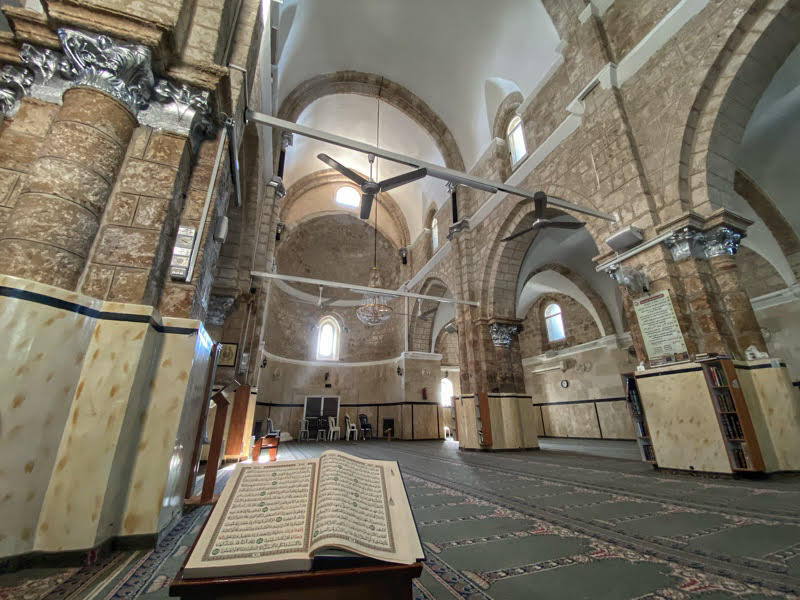 The Grand Mosque –Bearing a clear Romanesque style, the city’s main mosque was indeed built some 800 years ago. Indeed, it was originally built by the Crusaders, as a church commemorating John the Baptist. After the expulsion of the Crusaders the building was converted in its entirety into a mosque, which is its function to this day.

The Franciscan monastery – 500 meters north of the Grand Mosque and along the medieval road from Jaffa to Jerusalem, is Ramla’s main Catholic church. Named after Joseph of Arimathea and Nicodemus, the church was first built in the 15th century. Its interior bears a Renaissance period painting of the Deposition of Christ by Joseph and Nicodemus. The Monastery’s guest house was once a popular place of rest. Mark Twain and Napoleon Bonaperte are some of the figures who stayed here.

The “White Tower” – Standing high above the city center, the “white tower” was built in the Mamluk period. It was both a watch tower, and a Minaret , a place for call to Muslim prayers. Around it the remains of the early Muslim Mosque can still be seen, as well as well preserved remains of water reservoirs.  111 steps lead to its top, which offers a grand view of the city and much of the coastal plain.

“Pool of Arches” – At the city’s northern end lies another set of underground water reservoirs. These reservoirs are still filled with water and are specious enough to sail in it in a small gondola.

Contact us to inquire more about a private tour to Ramla: