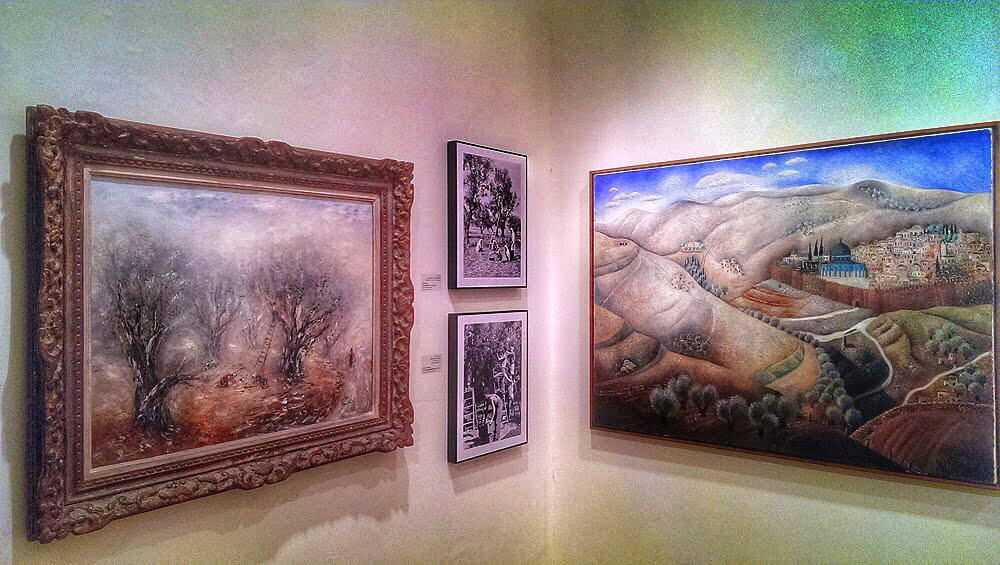 Located in the heart of Tel-Aviv, yet in a surprisingly quiet neighborhood, the Rubin Museum is a humble yet remarkable presentation Reuven Rubin and his work.

Reuven Rubin was born in 1893 to a poor Jewish Hasidi family in Galati, Romania. He was the 8th of 13 children. In 1912 he moved to Jerusalem and studied at Bezalel Art School for a year. He continued his studies in Paris, and had his first show in New-York, but in 1923 he returned to the land of Israel, and settled in Tel-Aviv. Inspired by French impressionists, he became known for depicting local biblical landscapes in passionate and naïve colors. Gaining fans and reputation, Rubin held several solo exhibitions, and later designed some backdrops for Habima Theatre. Rubin Died in 1974, bequeathing his home and core collection to the city of Tel-Aviv.

In 1983 Rubin’s former house was established as Rubin Museum. The exhibition presents about 50 of his paintings, whose subjects combine local landscapes, still images and portraits. These artworks provide a fascinating insight to the people and placed across the Land of Israel in the British mandate period and the early years of Israel.  The Museum also host guest exhibitions of Israeli artists, and its shop sells reproductions.

A Tour of Rubin Msueum can be combined with a guided day tour of Jaffa and Tel-Aviv.

“As a student taking a class in art history, I was once assigned to write about a painting of Rubin. Ever since, I am a big admirer of all works.”, team member, Danny “the Digger” Herman

Contact us to inquire more about a private tour to Rubin Museum: