Nestling in the lush forests of the upper Galilee, Safed (in Hebrew “Tzfat”) is a city packed with history, spirituality, and mysticism. Safed’s origins go back to the time of the Canaanites, and it was built re-built several times ever since. The Romans, Crusaders, Ottomans and the British have all left their mark in the city. Today Safed is vibrant city, known mostly as center of Jewish religious and mystical studies (“Kabbalah”) and an artists’  colony.

Safed was settled as early as Prehistoric times, although evidence prior to the time of the Crusaders is scarce. This is mostly because of the Templars, who have erected a giant fort on the top of Safed. This massive construction covered most of the remains of previous periods. Safed fort was at one of the most strategic vantage points in the Holy Land. However, in 1187, After a long siege Safed was conquered by Saladin, and the city returned to Muslim hands. In the following centuries a civic center of Jewish and Muslim developed around the ruined Citadel. In the 16th century the Jewish Quarter flourished as a Rabbinical and Kabbalah center. An important book of Jewish law was compiled in Safed (‘Sulchan Aruch’), as well as significant writings on the Kabbalah esoteric philosophy. In 1929 the Arabs of Safed raided and massacred 18 of the Jews living in the city. In the 1948 war the Jews expelled the Arabs out of Safed. Later the city developed mostly as a Jewish religious center and an artists’ colony. 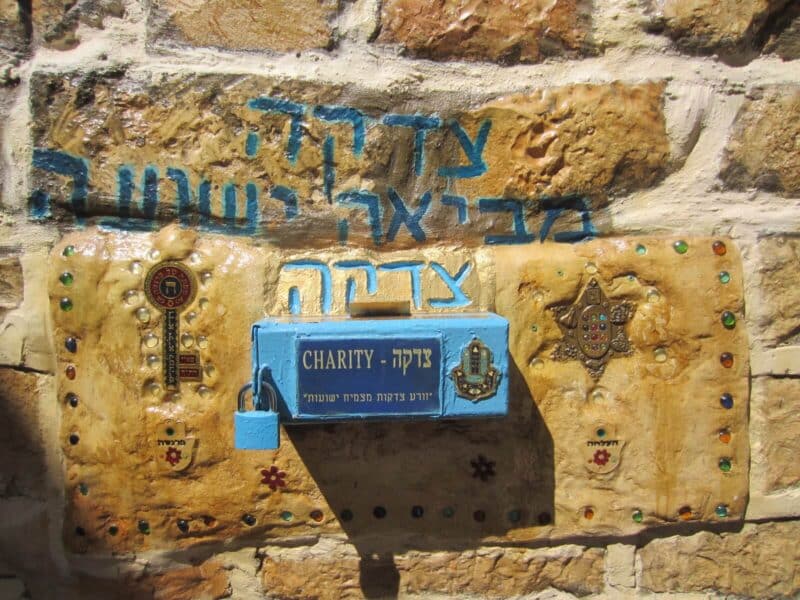 The hotspot of the city is the Jewish quarter of the old city. Its main cobbled stone alley presents a colorful mix of Judaica art galleries, workshop of local crafts, Cafés and small synagogues. The stone-built houses are often painted in blue, as local mystical tradition holds that this confuses evil spirits. Yosef Karo synagogue, in the heart of the old city, is a good example of such design. It is said to be built above the cave where the ‘Maggid’, type of an angel, guided Rabbi Karo in writing his significant book on Jewish law (‘Sulchan Aruch’). In an alley beneath is the Abuhav Synagogue. This is the oldest and possibly nicest synagogue in Safed. Its elevated wooden Bema is set under a decorated dome, painted with various Jewish and Kabbalah symbols. Abuhav synagogue is also a good location to arrange a special Bar-Mitzvah ceremony.

A tour of Safed (Tsfat) can be combined with a day tour in the north. 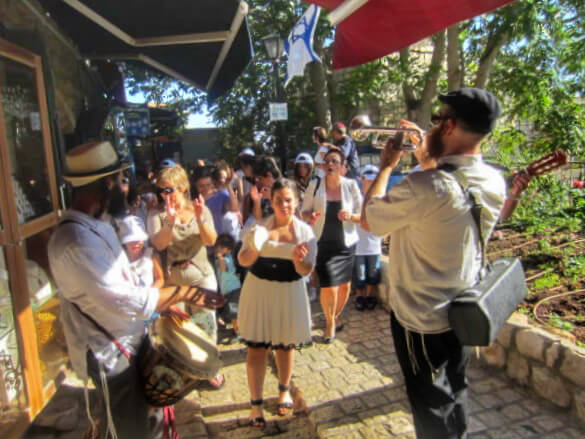 With so much Jewish history and spirituality, revitalized in modern times, Safed is a great location for setting a very special and unforgettable Bar-Mitzvah event. The ceremony can take place in any of the picturesque synagogues in the old city, and the event can be combined with a local kleizmer musical procession, and a party in one of the hotels in the city. Contact Us to inquire about such an event.

Contact us to inquire more about a private tour to Safed / Tsfat: