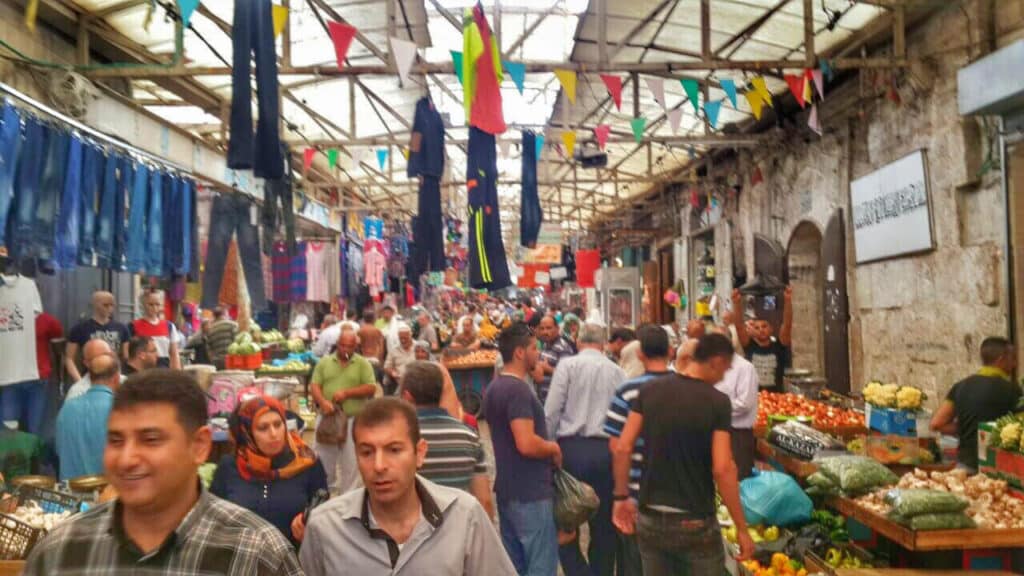 Nestling in the heart of Samaria and flanked by Mount Eibal and Mount Gerizim, Shechem is a city with a long and rich History. Known today by its Arabic name, Nablus, the city is home to about 130,000 inhabitants. It is almost the biggest city in the West Bank, second only to Hebron.

The city is known as commercial and administrative center of the PA, and it also offers several points of Interest:

The Casbah – The city’s main market is known for its agricultural produce, and locally made olive oils soaps. It is also famous for its Knafeh, which is said to be the best in the West Bank.

Tell Balata – biblical Shechem archaeological park is located near Jacob’s well, which may have been the biblical city’s main water source. Developed in recent years with the support of UNSECO, its most significant visible finds are of a cultic center from Canaanite times.

Jacob’s well – being near Tell Balata, Jacob’s well may have been the Canaanite city’s main water source. However, the site is sanctified by Christianity for the encounter of Jesus with a Samaritan women (John 4). In 2007 a Greek-Orthodox church was constructed over the well.

Joseph’s Tomb – Located at the northern end of biblical Shechem, Joseph’s tomb is believed to be the burial plot of Joseph (Joshua 24:32). Holy both to both Jews, Christians, Muslims and Samaritans, the site is marked by a hamble size structure and a big stone mark.

Mount Gerizim – Towering above Nablus, Mount Gerizim is known for its sanctity since Israelite times. In the days of Jesus, it was home of a Samaritan Temple, and later of a Christian church. To this day the Samaritan celebrate most of the their holidays on the mountain’s summit, and live next to it.

Kiryat Luza – The main town of the Samaritan in Samaria, Kiryat luza is right next to Mount Gerizim. It is known for it locally produced Techina and its fascinating Samaritan Museum. Furthermore, every spring the whole Samaritan community gathers here and preforms the Passover ritual which includes animal sacrifice.

A visit to Shechem can be combined with a tour of the West Bank.