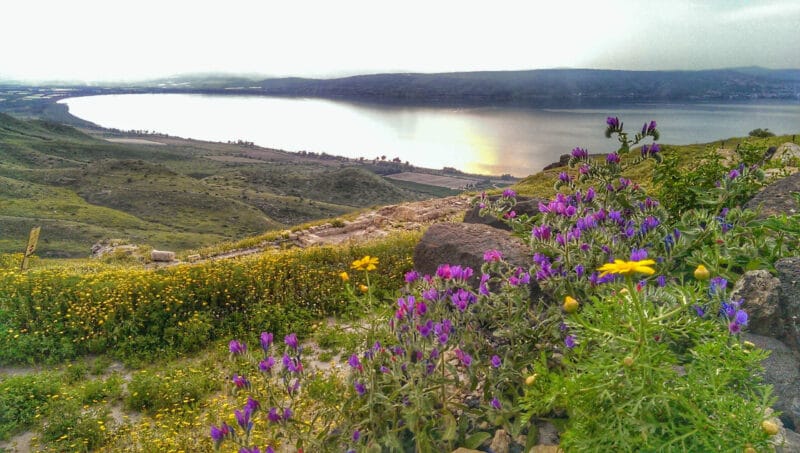 Hippos (from Greek: Horse) was a prosperous city in Greco-Roman times, set on a hill overlooking the Sea of Galilee. The city thrived for over a millennium, but declined after the Muslim conquest, and abandoned after an earthquake in 749 CE. Known also as Sussita, today Hippos is an archeological site that is very rich in finds, yet rarely visited by tour groups.

Hippos was first settled in the Hellenistic period, by the Seleucid Greeks. Later, in Roman times, Hippos became a member of the Decapolis, a cultural treaty of ten cities that were affiliated with Greco-Roman culture. In the 2nd century, after the Roman oppression of two Jewish revolts, the city enjoyed unprecedented prosperity. It was rebuilt around a main street (Decumanus), and had a water channel (aquaductum) beneath it, feeding a bath house (Termae), and a water reservoir under the city’s main court (forum). Around the forum was an imperial shrine (kyble), a council hall (odeon), a main public hall (Basilica), and a theatre. From the 4th century the city was gradually Christianized. It became a seat of a bishop and had at least 5 churches. Despite its protected location and defenses, Hippos was conquered by Muslim forces in 641 CE. The city then gradually declined and was finally abandoned after the 749 CE earthquake.

The Rediscovery of Hippos Sussita

In 1885 Gottlieb Schumacher was the first to map the site, yet he mistakenly identified it with the city of Gamla. During the 1948 Israeli-Arab War, Syrian forces camped at hippos to bombard Kibbutz Ein-Gev beneath it. In return, on the night of June 17-18, 1948 the commander of Ein Gev, 25 years old Meir Kothenski, devised a daring raid to conquer the mountain. Hippos is under Israeli control ever since. In the 1950s the first excavations were carried at the site, when it was still an Israeli military post. The excavations were resumed on the turn of the 21st century and are carried out to this day, every summer, by a joint Israeli-Polish-American expedition. In 2019 a fifth church was found at the site, with decoration alluding the miracle of the multiplication of Loaves and Fish (Mark 6). 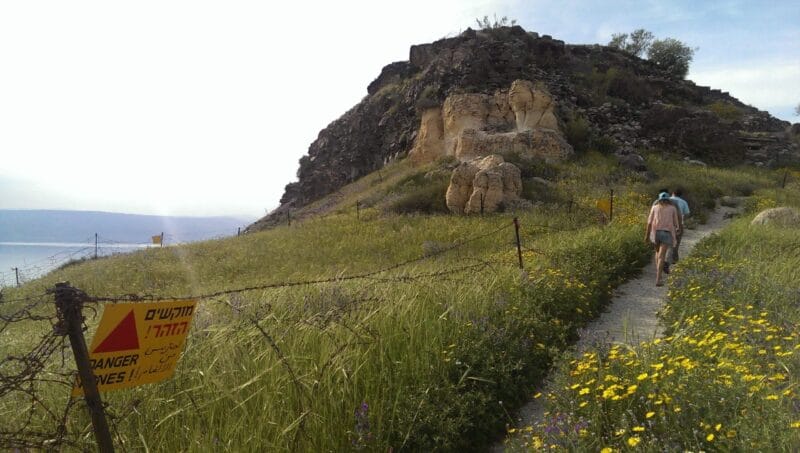 Although Hippos was declared a national park already in 1964, to this day it does not have a proper paved road reaching it. The single paved road reaching its southeastern access is officially closed for vehicles, although not blocked. Furthermore, the path from the road the site passes between minefields. Aside the wealth of archaeological finds, the site provides the most stunning panoramas of the Sea of Galilee and its surroundings.

Is Hippos-Sussita Referred to In the New Testament?

Like Sepphoris, the city of Hippos is not mentioned by name in the New Testament. However, there are several references in the Gospels that seem to relate to the site. After performing the Miracle of the Swine, the Gospel of Luke records that the healed man “went away and told all over town how much Jesus had done for him.”  (Luke 8:39, cf. Mark 5:14, Matthew :34). The miracle of the Swine is identified at Kursi, 3 miles northwest of Hippos, which is also its nearest town. Being so, it is quite likely that Hippos is the “town” referred to in the Miracle of the Swine. If indeed so, Sussita is so also the first city where Jesus was proclaimed among Pagans. Hippos might also be the referred, although not by name, in Jesus’ Sermon on the Mount. Stating that “A city that is on a hill cannot be hid” (Matthew 5:14), Jesus perhaps even pointed to Hippos to illustrate his point. In 2019 a fifth Byzantine era church was uncovered in Hippos. Among others, its mosaic floor depicted a basket filled with rounded loaves. This imagery is possibly alluding to another miracle of Jesus, in which he miraculously multiplied loaves and fish to feed the multitudes (Mark 8). Hippos is also a member of the Decapolis, a cultural treaty of ten pagan cities which is mentioned several times in the New Testament.

Decapolis was a termu sed to describe a group of ten cities in the southern Levant that were culturally were affiliated during the Roman period. These cities were all centers of Greek and Roman culture and were well supported by the Romans. Some of these cities exist to this day, and some have become archaeological sites. Six of these cities are today in Jordan (Gerasa, Gadara, Pella, Amman, Capitolias, and Raphana). Two are in Syria (Damascus and Canatha), and two in Israel (Beit-Shean and Hippos-Sussita).

The Gospels record Jesus visiting the cities of the Decapolis (e.g. Mark 7:31), but none of them is mentioned by name. Jesus probably visited Beit-Shean (then called Nysa Scythopolis), as it is on the way from the Galilee to Jerusalem. Gadara is mentioned in Matthew’s version of the story of the miracle of the swine (8:28), while Gerasa is mentioned Mark’s version to the same story (5:1). In reality, the city of Hippos-Sussita is the closest to the Sea of Galilee, where the event took place. Being so, the swine herders were probably from Hippos-Sussita, or another city (Kursi?) whose name was later forgotten.

Danny ‘the Digger’ Presenting Sussita on ‘The Watchman’ Show

Contact us to inquire more about a private tour to Sussita: