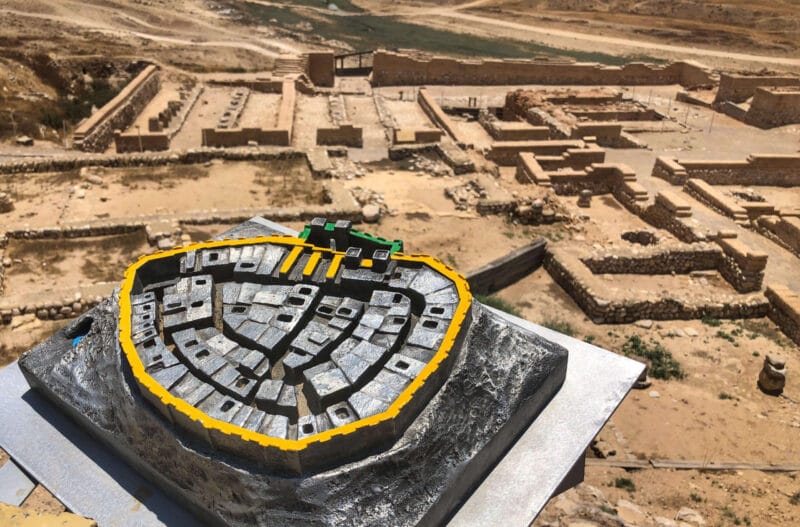 Perched on a hill 3 miles northeast of modern Beer-Sheva, Tel Beer-Sheva is a significant archaeological site from biblical times. With its Iron age layer uncovered in its entirety, Tel Beer-Sheva provides one of the most detailed plans of a biblical town. The site’s unusual features are also recognized by UNESCO as World Heritage Site.

History and Archaeology of Tel Beer-Sheva

Tel Beer-Sheva is located at the junction of wadi Beer-Sheva and wadi Hebron. Covering an area of 2.5 acres, the site was excavated in the 1970s, and proved to be pre-planned. The streets were parallel to the site’s walls, with a gate complex set next to a well.  Its main points of interest are:

The City Gate – The site’s gate complex is comprised of two sets of gates, with the outer gate next to the well. The inner gate, with its straight angle and 4 guards’ rooms is typical to the Israelite Monarchic period. The middle court was perhaps used for trade and trials, and at war it turned to a killing zone.

The Storehouses – Set next to the city’s gates, the three halls were found with plenty of pottery shards of storage vessels. It is assumed that the halls functioned as storehouses, although they could have been a roofed market. Similar tripartite pillared buildings, uncovered at other biblical sites, were used also as stables.

The Water System – An elaborate complex designed to capture and store flash flood water from Wadi Hebron. A dam constructed in the wadi channeled the floods’ water into a 850 square feet water reservoir, under the site’s northern edge. A  70 feet deep conic-shaped shaft enabled reaching the reservoir for drawing water and maintenance. 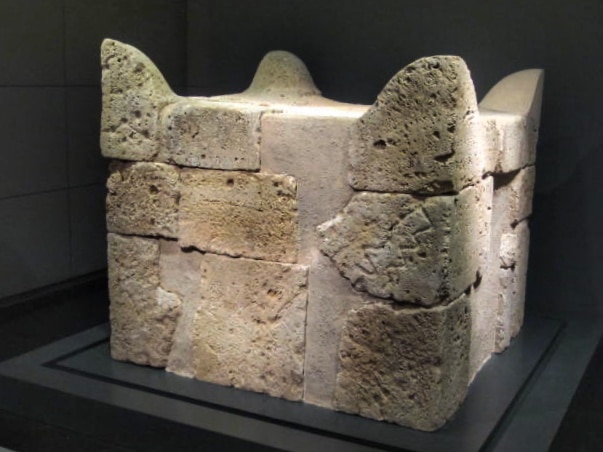 The Stone Horned Altar – Parts of a dismantled stone altar were found scattered throughout the site. This is a significant testimony for local worship, which was abolished, probably by king Hezekiah (2 Kings 18:1-18), or King Josiah (2 Kings 23). Today, a restored replica of the  altar is displayed at the entrance to the site. The original stone altar was also restored, and is on permanent display at the Israel Museum.

Today, Tel Beer-Sheva is a national park. It is open every day and has an admission fee.

A tour of Tel Beer-Sheva can be combined with a day tour to the South.

Contact us to inquire more about a private tour Tel Beer-Sheva: