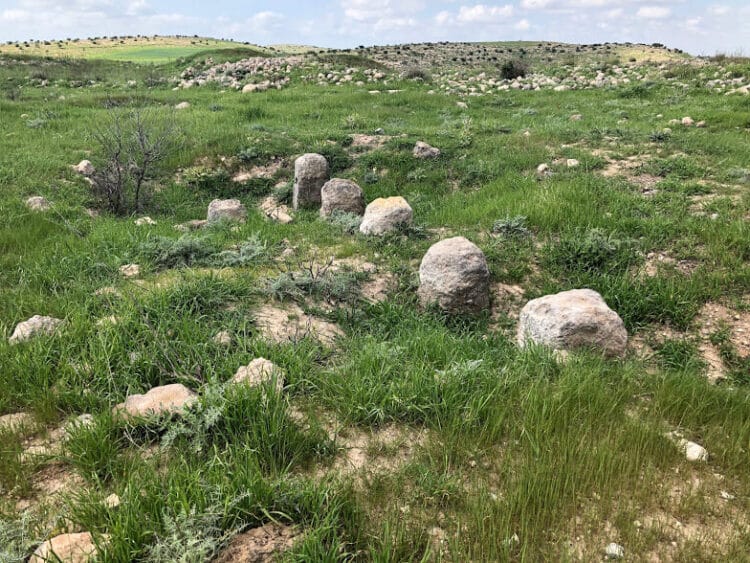 Tel Beit Mirsim is an archaeological site in the southern Judean Foothills (the Shephelah). It was excavated between 1926 to 1932 by the reputed Biblical Scholar W.F. Albright. Albright assumed Beit Mirsim should be identified with Biblical Dvir. Dvir is mentioned in the Book of Joshua as a Canaanite city of giants (11:21), yet it was conquered and destroyed by Joshua’s army (10:38-39). Joshua 15:15 indicates Divr was once called “Kiryat Sefer” (Hebrew: “City of the Book”). Albright speculated that this name might indicate that Dvir was also a scribal center, and so he was hoping to trace an archive in the site. Unfortunately, Albright didn’t find any archive, but his revolutionary analysis of the layered pottery laid the foundations to modern pottery typology in Biblical Archaeology. Today, most scholars believe Dvir should be identified elsewhere, at the site of khirbet Rabud.

Beit Mirsim is close to the pre-1967 border (the Green Line) and can be reached from Lahav via road 358. It can also be reached by off-road vehicle form Lachish and Beit-Lehi.

A tour to Tel Beit Mirsim can be combined in a guided day tour in the Judean Foothills (the Shephelah).

Contact us to inquire more about a private tour to Tel Beit-Mirsim: