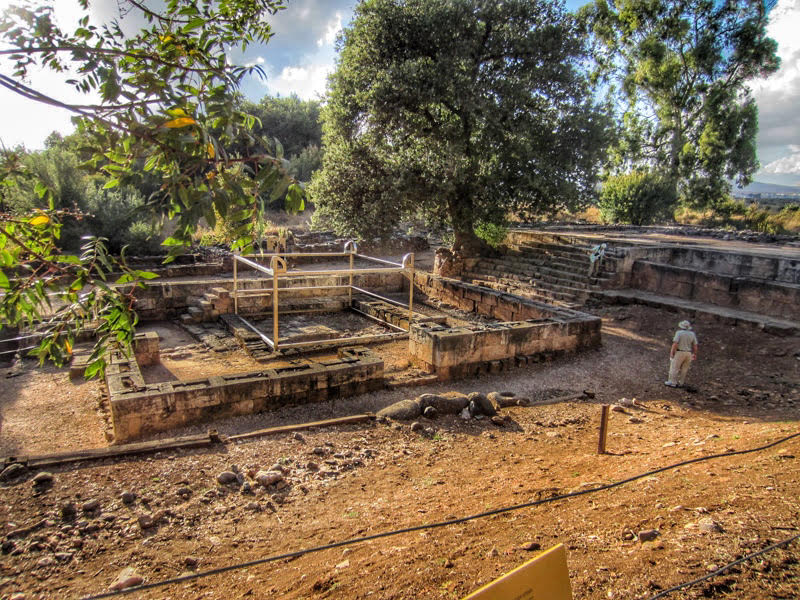 Set next to a beautiful stream, one of the main tributaries of the Jordan River, Tel Dan was a major city in Canaanite in Israelite times. Excavations at the site yielded significant remains, including the oldest complete arch in the world. Today, Tel Dan is a national park, offering scenic hikes that combine archaeology in a lush green nature reserve.

Dan is first mentioned in the book of Genesis as a Canaanite city that abducted Lot. Eager to free his cousin, Abraham chases the Canaanites to Dan, and returns with Lot and his property (Genesis 14). Later, the city changed its name to “Leshem” or “Layish”, yet the tribe of Dan settled in it and reverted its name to Dan (Joshua 19; Judges 18). After the death of King Solomon his former high official, Jeroboam, crowned himself in the north, and formed a cultic high place in Dan (1 Kings 12). Later, the city was targeted several times by the Arameans, but its final destruction is attributed to the Assyrians. Its cultic center was still active in the Hellenistic period, but gradually the neighboring city of Banias (Caesarea-Philippi) took over as a regional and religious center.

Dan’s location was preserved through its Arabic name ‘Tel el-Qadi’ (‘Mound of the Judge’). It was excavated for 25 years, until 1999, by an expedition led by Avraham Biran. Although they excavated only 2 acres (about 4% of the site), they made some of the most significant archaeological discoveries from biblical times:

Tel Dan Cultic center – Uncovered in the mound’s northern end, the Israelite-era religious center of Dan was comprised of a big altar and rooms around it, some with the altar’s utensils found in them. A Greek-Aramaic bilingual inscription to the ‘God of Dan’ found nearby, indicates the site remained sacred also in the Hellenistic period. 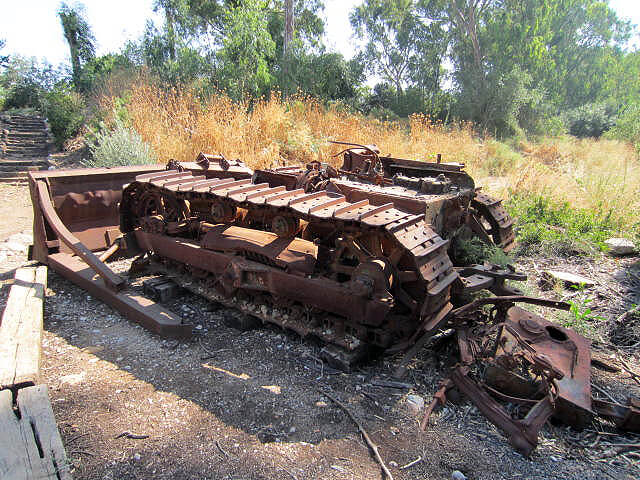 A burnt Syrian tractor next to the Israelite-era cultic complex is a reminder of Israel’s “Water Wars” in the 1960s. From Tel Dan Israeli tanks targeted Syrian tractors who were forming a water channel. The Syrians attempted to redirect the Jordan River’s flow into Syria and Jordan, depriving Israel of its precious fresh water. After several military clashes, in which Israel managed to hit Syrian machinery even 7 miles away, the Syrian aborted the vicious project.

Tel Dan Canaanite Arched Gate – Unlike the common belief, the Romans did not invent the arch. Arches were in use already by the Assyrians, yet the earliest evidence of arches is found in the Canaanite cities of Dan and Ashkelon. Dating to the 18th century BCE, these arches were used for building the city’s gate. Interestingly, in both cases, these arched passages were later covered up, which preserved them.  The arch at Dan’s gate is still complete, and one cannot rule out the possibility that Abraham entered Dan through this gate when pursuing the Canaanites who abducted Lot (Genesis 14).

Tel Dan Israelite Gate – 300 feet west of the Canaanite gate is an even more impressive gate complex, from Israelite times. Stretching over an area of 1 acre, the gate is comprised of two gateways, with a raised square platform in the middle. A decorated stone socket in one of its corners suggests it may have had a canopy over it. The platform may have been built for a high official (cf. Deuteronomy 16:18), or perhaps even the king (2 Samuel 18:24), or maybe a deity (cf. 2 Kings 23:8).

“House of David” Inscription – In 1993 in the gate’s outer courtyard a fragment of a royal inscription was uncovered. Erected by the Aramean King Hazael, in the inscription he boasts on defeating the northern kingdom of Israel, and the southern kingdom of Judah, which he titles as the “house of David”. To this day, it is the only document form the Iron age, aside the bible, to mention David and his monarchy. The inscription is on prime display at the Israel Museum. 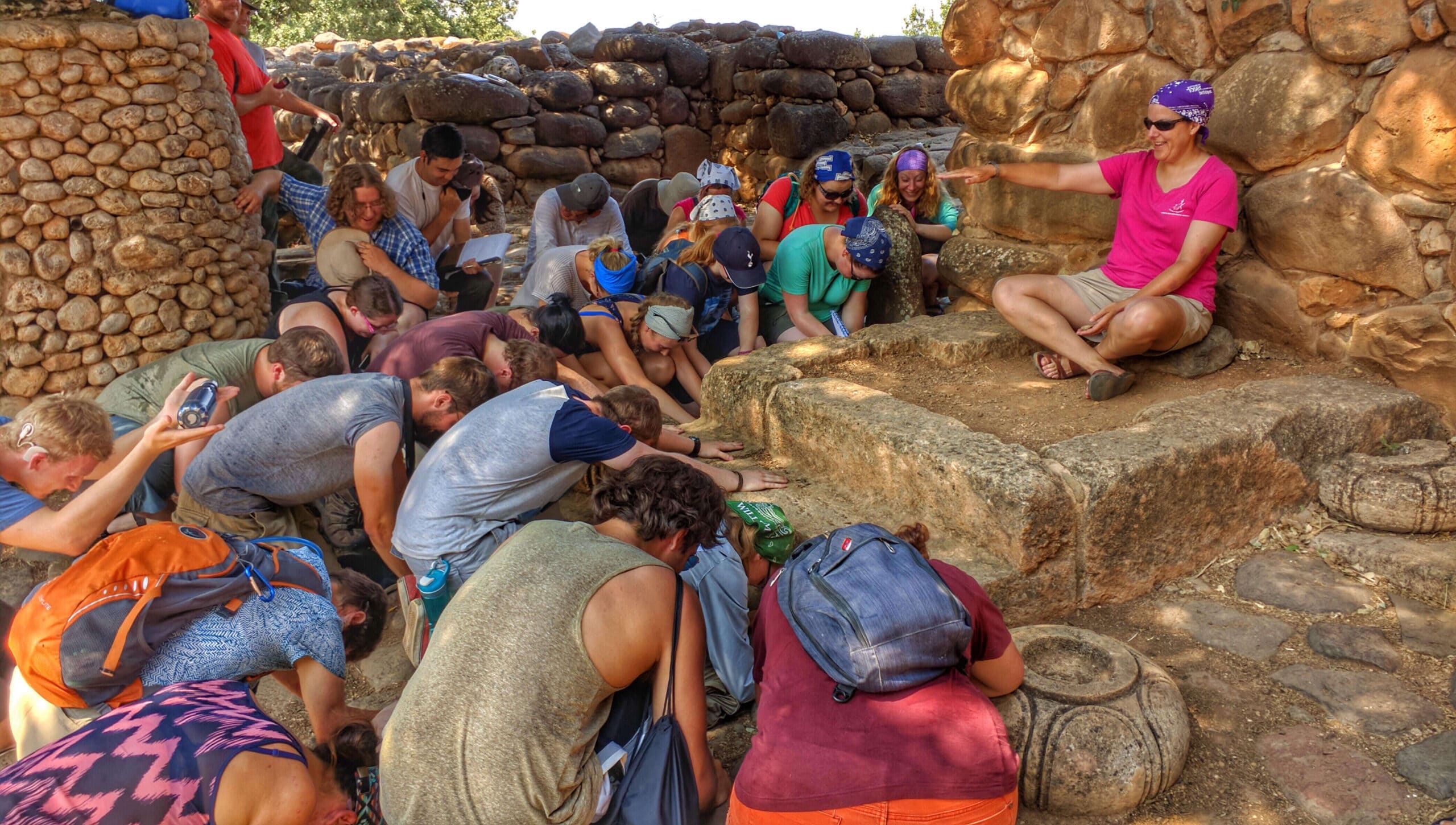 Tel Dan is a national park and a nature reserve, popular among tourists and locals alike. Touring the site begins with a scenic hike along the Dan stream through lush green vegetation. It is followed by ascending to the mound, where shallow wading pools are a sure hit among kids. The ancient cultic center is at the northern edge of the site. A metal frame illustrates the original size of the biblical Israelite altar. Next to it are IDF trenches and a burnt Syrian tank, a stark reminder of the Israeli “water wars” in the 1960s. A leisure walk among rows of eucalyptus trees leads to the Canaanite-era “Abraham’s Gate”. It is followed by the city gate complex from the Israelite period. Nature lovers can combine the tour of Tel Dan with a visit to the Beit-Usishkin nature museum in the nearby kibbutz Dan.

A tour of Tel Dan can be combined with a day tour in the north.

Contact us to inquire more about a private tour to Tel Dan: