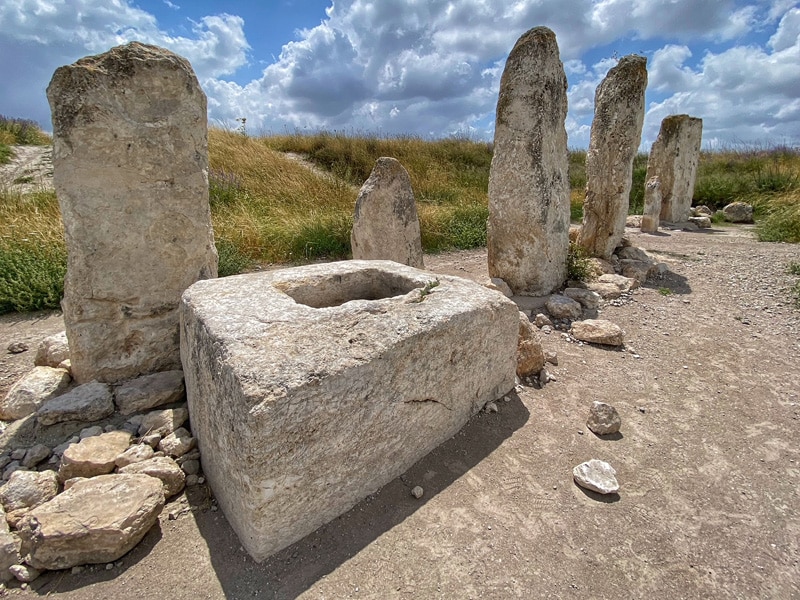 Tel Gezer is an important archaeological site in the northern Judean foothills (the Shephelah). Located on the junction of important road system, Gezer was settled already in the 2nd millennium BCE. Set on a hill overlooking the coastal plain, the site bears impressive archaeological ruins at one of the best viewpoints of the region.

History and Archaeology of Tel Gezer

Set on a hill next to the ancient coastal trade route, it is no wonder that Gezer was urbanized already by Canaanites, about 4,000 years ago. The Book of Joshua records the Israelites defeating the King of Gezer (Joshua 10:33). The Book of Kings records Solomon fortifying the city, loosing it to an Egypitan king, but gaining it back in a treaty that includes a political marriage with the Pharaoh’s daughter:

15 Here is the account of the forced labor King Solomon conscripted to build the Lord’s temple, his own palace, the terraces, the wall of Jerusalem, and Hazor, Megiddo and Gezer.16 (Pharaoh king of Egypt had attacked and captured Gezer. He had set it on fire. He killed its Canaanite inhabitants and then gave it as a wedding gift to his daughter, Solomon’s wife. 17 And Solomon rebuilt Gezer.) (1 Kings 9:15-17).

Egyptian sources record the city being plundered by Pharaoh Sishaq in 925 BCE, and later conquered and destroyed by Assyrian King Tiglat Pileser III in 733 BCE. The Book of Maccabees records Gezer being fortified in the time of the Hasmoneans, but apparently later it was abandoned. In 1177 CE a critical battle took place in the fields of Gezer, where the outnumbered Crusaders defeated a Muslim army.

A Canaanite Cultic Center – An impressive and mysterious row of monoliths around a basin was discovered at the northern end of the mound. It may have functioned as a Canaanite cultic center, or perhaps marked a political treaty between Canaanite cities (cf. Joshua 10:33). 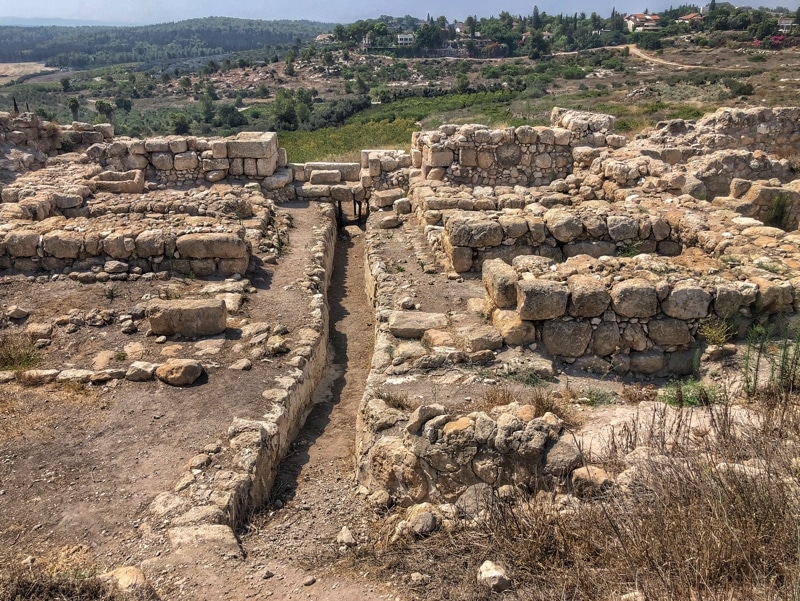 “Solomon’s Gate” – At the Southern side of the site a six chambered gate was uncovered. Being similar to the six chambered gates of Hazor and Megiddo, Archaeologist Y. Yadin suggested these gates all date to King Solomon, as recorded in the Book of Kings 15 Here is the account of the forced labor King Solomon conscripted to build the Lord’s temple, his own palace, the terraces, the wall of Jerusalem, and Hazor, Megiddo and Gezer. (1 Kings 9:15). However, further research demonstrated that six-chambered gates appear also in other sites, and they do not date necessarily to the time of King Solomon.

The Canaanite Gate – Next to the Biblical-era gate another gate was uncovered, made of bricks, and dating to the Canaanite period. 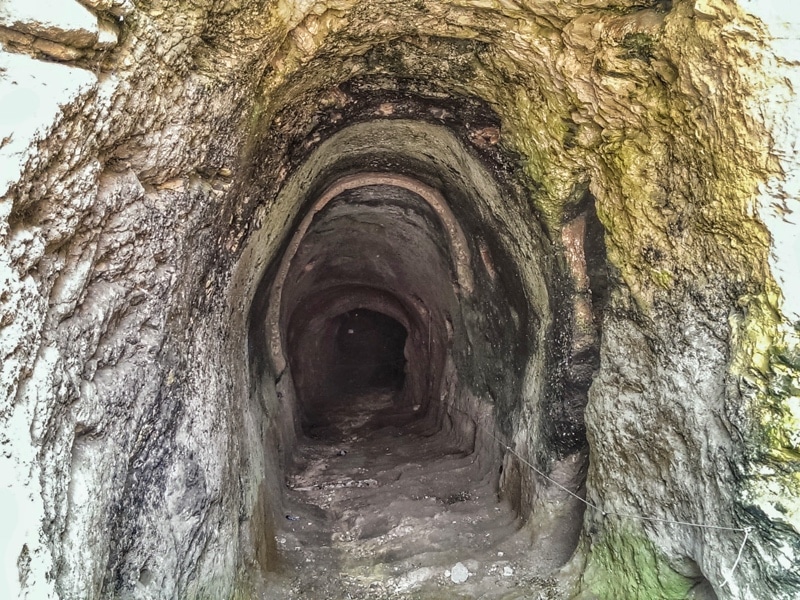 The Water shaft – both gates were appearently at the entry into the city from springs in the valley below. Behind the gates a deep shaft was recorded. Dating also to the Canaanite period, it was apparently an attempt to the reach the water level within the city.

The Gezer Calendar – One of the most important inscriptions from Biblical times is an inscribed pottery shard (Ostraca) found in Gezer. It documents, in an early form of Paleo-Hebrew, a lunar-agricultural calendar.

The Boundary stones – Around the mound several Inscribed stones in the bedrock were recorded. Each stone is inscribed in Hebrew “Boundary of Gezer” (תחם גזר) on the side facing Gezer, and “of Alkimos” in Greek on its opposite side. They are apparently marking the boundaries of the city in the Hellenistic period.

Gezer is a national park. It is open year-round, and free of charge. It can be reached by car through a half-mile long dirt road from the village of Karmei Yosef. Aside the wealth of archaeological finds, the hilltop offers stunning panoramas of the coastal plain and the Ayalon valley. During the spring months the site is blooming with carpets of wildflowers.

A tour of Tel Gezer can be combined in a guided day tour in the Judean Foothills (the Shephelah).

Contact us to inquire more about a private tour to Tel Gezer: