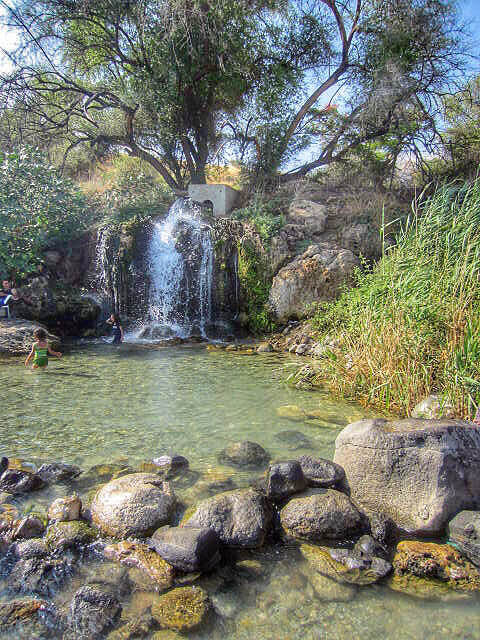 The waterfall was formed by modern drilling next to one of Tabgha’s warm water springs. The water, erupting yearound in a temperature of 80 Fahrenheit is emptied into the Sea of Galilee. In the winter, the 13 feet drop forms mist that appears like a mystical aura. In antiquity the water filled a round pool next to cave associated with Job.

By local Muslim and Druze tradition, here Job soaked his body after been afflicted with a disease. Being so, some call the waterfall “Job’s spring” or “Job’s Waterfall”, and believe its water have a therapeutic value.

The site is open and free of charge, but not so easy to reach. The closest parking lot is next to the church of the Primacy of Peter. There are no signs to the site, nor is it always clean at the site.

A visit to Capernaum’s Hidden Waterfall can be combined with a guided day tour of the Galilee.