Zedekiah’s Cave or Solomon’s quarries is the name given to an ancient huge quarry located under the Muslim Quarter.

How Zedekiah’s Cave was Discovered

Zedekiah’s cave was possibly the biggest quarry of Jerusalem in antiquity, yet it was abandoned in the Middle ages, and eventually even its location was forgotten. It was rediscovered in 1854 by American missionary James Turner Barclay who followed the rumors of a cavern near Damascus gate. About 100 m east of the gate his dog fell into a pit. Barclay noticed the pit was quite large, but he did not want to draw any attention. At night he returned with his sons and torches. Sneaking in and operating the lights, they were the first to document the caves in modern history. They also recorded a human skeleton and batches of bats hanging from the ceiling, which kept much of the public from visiting the cave. 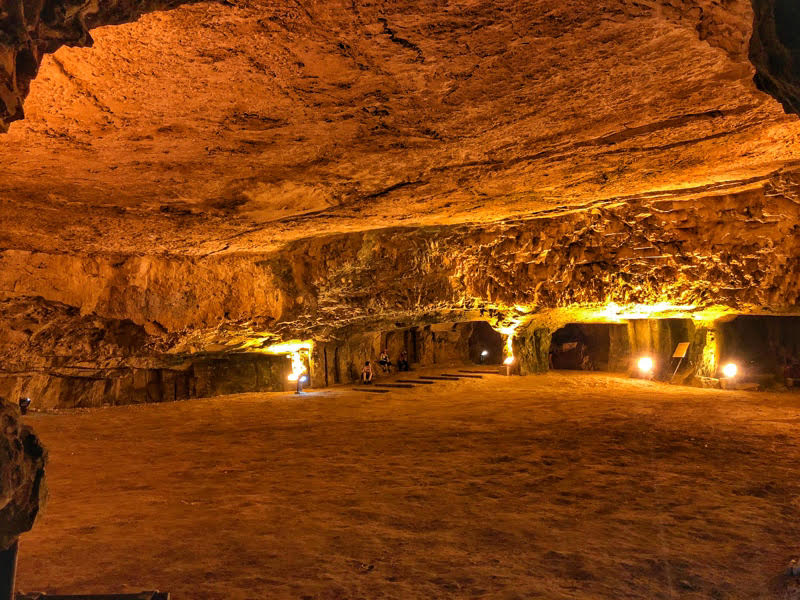 The cave was surveyed by several scholars and expeditions and is still under development. In fact, about a third of the cave is still filled with debris. Early researches suggested the Quarry dates to the time of King Solomon, and so it was called “Solomon’s Quarries”. Furthermore, the Free Masons order adopted the site claiming the founders of their order formed this quarry. To this day they conduct annual gatherings at the site. Current research suggests the quarry was not in use before Roman times, revoking its attribution to King Solomon or King Zedekiah.

At the advent of the Babylonians to conquering Jerusalem, the Bible records Zedekiah, the king of Jerusalem, sneaking out of the city –

Then the city wall was broken through, and the whole army fled at night through the gate between the two walls near the king’s garden, though the Babylonians were surrounding the city. They fled toward the Arabah, but the Babylonian army pursued the king and overtook him in the plains of Jericho. (2 Kings 25:4-5).

Jewish commentators such as Rashi suggested that King Zedekiah and his army fled out of Jerusalem through secret tunnel. When the cave was uncovered the Jews attributed it to Zedekiah’s escape, and so named it “Zedekiahs’ cave”. Furthermore, a small trickle of water inside the cave was labeled as “Zedekiah’s tears” representing his cry for the fall of Jerusalem, and the destruction of its temple.

It is uncertain if the quarry was used already by Herod to build the Temple Mount. It was however known in late antiquity. Perhaps it provided the building material for Jerusalem when it was re-founded by the Romans as Aelia Capitolina.  Another option is that it provided building material for Jerusalem in the Byzantine Period. The quarry was not in use in Crusaders’ times, but the latest research suggests that the Crusaders installed a secret escape tunnel in parts of the cave.

Is There a Gold Treasure in Zedekiah’s cave?

In 1968 an Arab from East Jerusalem contacted the Israeli Ministry of finance and claimed that his grandfather buried three cases of gold in Zedekiah’s cave. The cave was intensively excavated where the Arab said the treasure was chidden, but to the disappointment of all, nothing was not found. 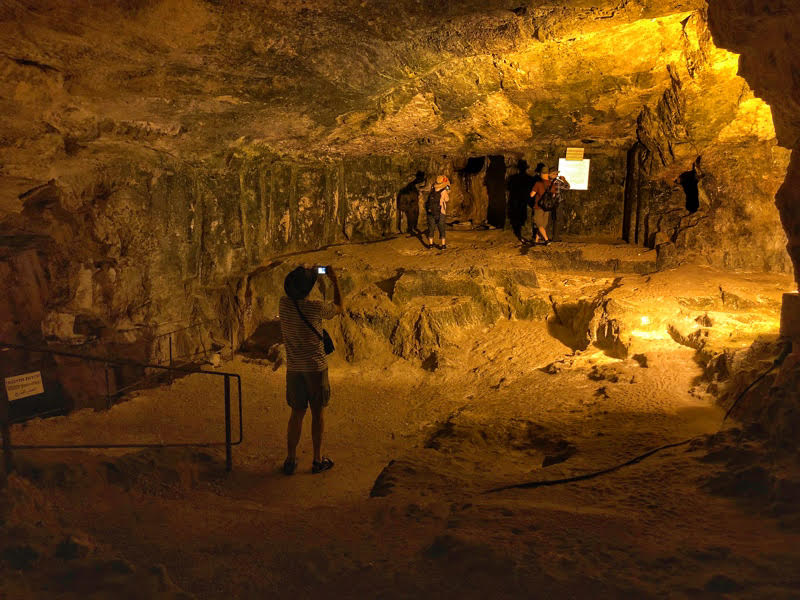 The cave is maintained by the Municipality of Jerusalem and it charges a humble admission fee. A wide flight of stairs and lights are installed in the main halls of the cave. At one of its lowest point a small flow of water is identified in Jewish tradition as “Zedekiah’s Tears”. By local tradition these are the tears of the ongoing cry of Zedekiah for the Babylonian conquest and destruction of Jerusalem.

Important Note: As of 2022 the site is closed till further notice!

Contact us to inquire more about a private tour of the area of Zedekiah’s Cave: