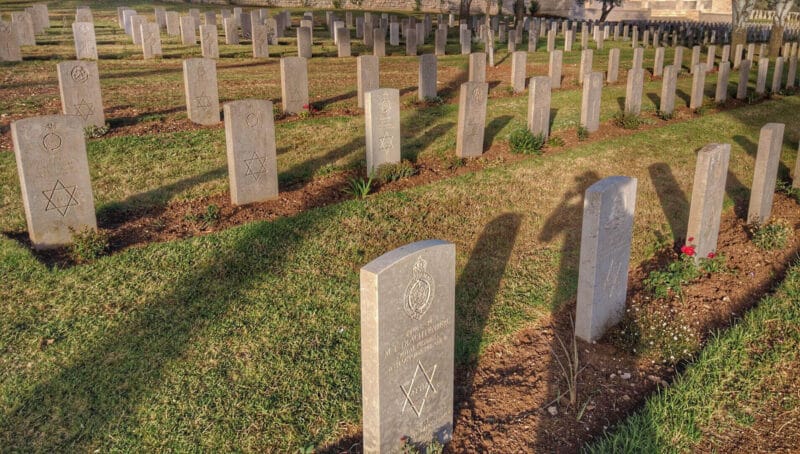 The British War Cemetery on Mount Scopus is the main burial site in Jerusalem for the fallen serviceman of the British Commonwealth. It is the final resting place for 2515 soldiers who died in service during the British Mandate on Palestine. Most are from the UK, but there are also fallen soldiers from units from Australia, New-Zealand, Egypt, South Africa, India, and the British West Indies. The Jews among them are buried near plot “N”. A small number of German and Turkish soldiers are buried here as well. The cemetery also contains a memorial for 3,300 commonwealth service personnel who died on duty, yet have no known grave.

The cemetery is designed around two main alleys that form a cruciform shape. The main entry is at bottom center. It is kept  immaculately clean, and open to the public year round. The main ceremony takes place on Novermber 11th, the day of the year that the First World War ended.

A tour of Mount Scopus War Cemetery can be combined with a guided day tour of Jerusalem.