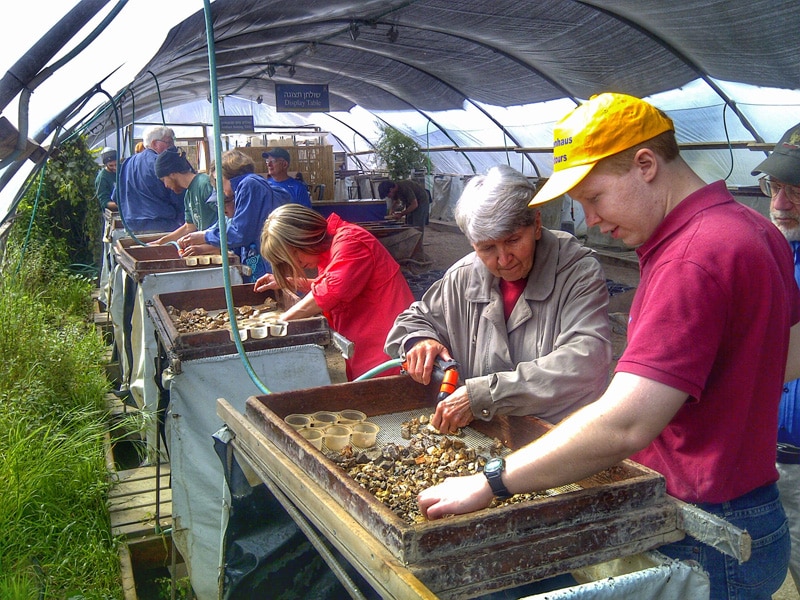 The Temple mount Debris Sifting Project began in 2005 by two Israeli archaeologists (Z. Zweig and G.Barkai) in order to retrieve the small finds that originated from the SE corner of the Temple Mount, and removed by the Muslims  in 1996-1999. As of 2019 tens of thousands of pottery shards are recorded,  as well as over 3000 coins, arrowheads, mosaic pieces, and other finds. Participating in the sifting, which can be done by any one, even for just a few hours, is one of the most unique and rewarding touristic experiences in Jerusalem today!