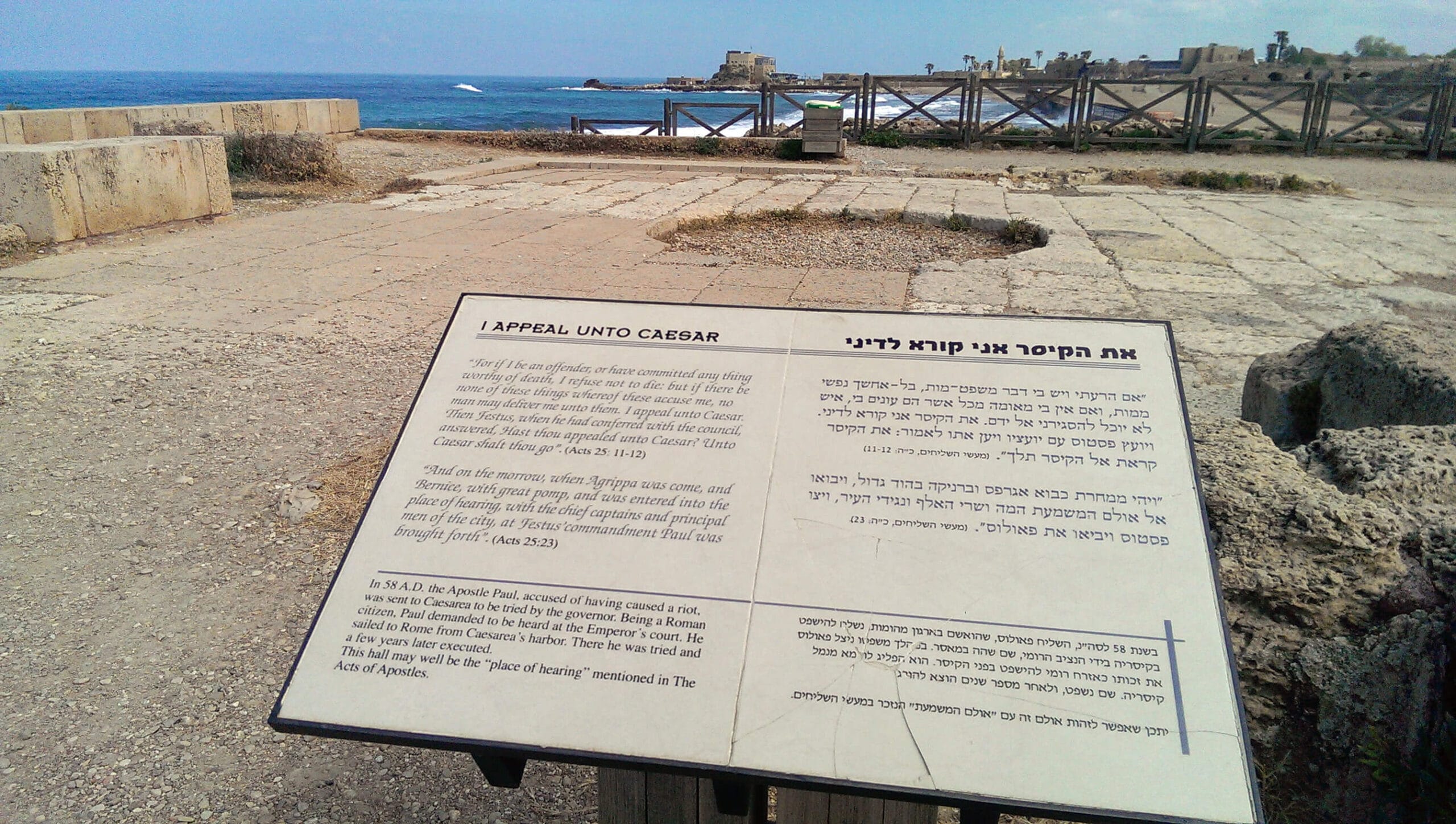 In the first century CE King Herod designed a promontory palace, at a daring location on a cliff above the sea. At its eastern end, two inscriptions were uncovered, suggesting the location of a local police force and prison. The Book of Acts records Paul being held in Herod’s praetorium for the years, before sent to Rome. Some shcolars suggest it may have been at Herdo’s palace eastern wing.

Where was Paul’s Prison in Caesarea?

The book of Acts records the spread of Christianity and the formation of the early Christian church. Perhaps the most influential figure in spreading and formulating the Christian faith is Saul from Tarsus. Known as Paul, (or Saint Paul), Saul first appears as a persecutor of Christians, but after a miraculous event, he becomes Jesus’ biggest advocate. Spreading the Christian message in Jerusalem he quickly finds himself in custody, and eventually sent to Rome, for trial. When he is brought to Caesarea, to be sent to Rome by boat, the book of Acts records him being placed in Herod’s Praetorium in Caesarea. Praetorium originally designated the general’s tent in a Roman encampment. It gradually became known also to mark the governor’s office. The trial of Jesus, for example, was held in the praetorium of Jerusalem.

There is no contemporary historical source indicating if and where there was a Praetorium in Caesarea in the first century CE. But it does make sense to suggest the Roman governor was simply residing in the Herod’s former palace. Supportive evidence to this possibility is the fact that near the entrance to Herod’s palace two inscription were recorded. Both were suggesting the presence of a policing forces at this area (CVSTODIARVM  and  FRVMENTARII). Furthermore, in the northern wing of the Palace a hall was uncovered with an heating system beneath the floor.

Perhaps this is where Paul was imprisoned and occasionally appeared to the Governor?. There is no proof for this, but it is a plausible possibility.

A visit to the possible prison site of Paul in Caesarea can be combined with a day tour of Caesarea and other sites in its vicinity.