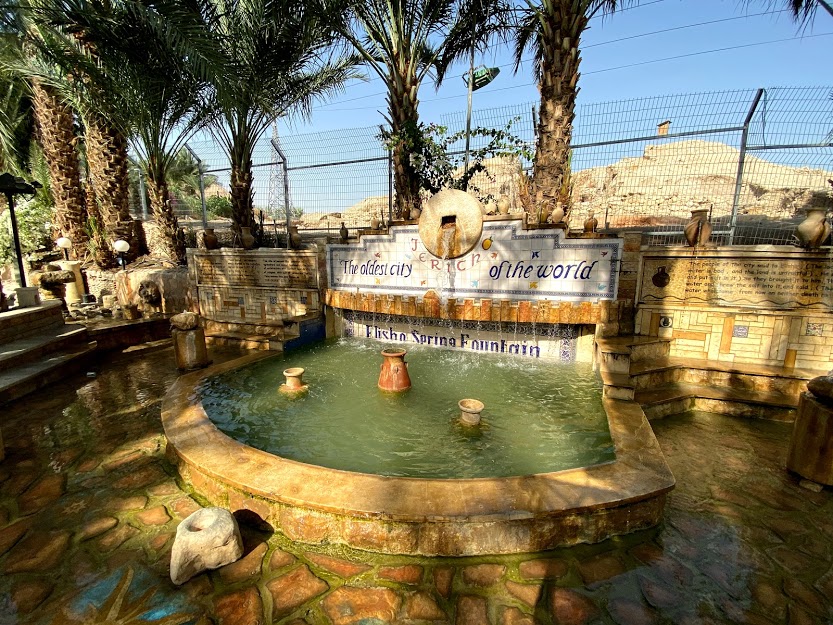 Adjacent to Tel es-Sultan / biblical Jericho, Ain el-Sultan was probably the city’s main water source. It is also called “Elisha’s Spring” as by local tradition its water were purified by the biblical prophet:

“Elisha.. was staying in Jericho..  The people of the city said to Elisha, “Look, our lord, this town is well situated, as you can see, but the water is bad and the land is unproductive.” “Bring me a new bowl,” he said, “and put salt in it.”  So they brought it to him. Then he went out to the spring and threw the salt into it, saying, “This is what the Lord says: ‘I have healed this water. Never again will it cause death or make the land unproductive.’” And the water has remained pure to this day, according to the word Elisha had spoken.” (II Kings 2:18-22).

Next to the spring is a cable car station that offers a scenic ride above biblical Jericho and up to the foot of the Monastery of the Temptation.

A visit to the spring can be combined with a tour of Jericho and its surroundings.