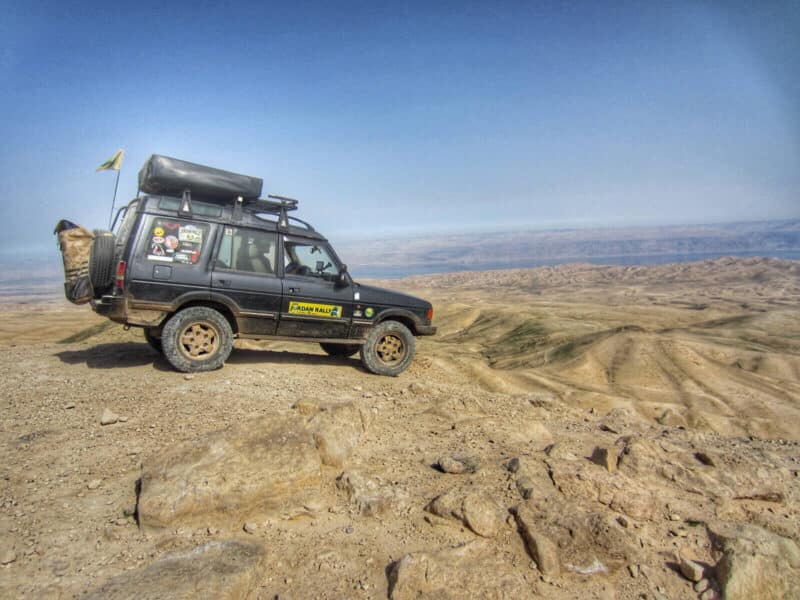 Jabel Muntar (in Arabic: The Guards’ mountain) it the highest mountain in the Judean Desert, the wasteland between Jerusalem and the Dead Sea. By Jewish tradition, Jabel Muntar is the site of Azazel, the place where a scapegoat was pushed to its death on Day of Atonement, the holiest day in the year in Judaism. The scapegoats’ death, according to the Bible, atones the public of its years’ sins. According the to the Talmud the Azazel was 12 miles east of Jerusalem, with 10 station set along its path from Jerusalem’s temple.

In the Byzantine period (4th-7th centuries), a tower, and later a monastery, were built on Muntar’s summit. It became one of many monasteries that flourished in the Judean Desert during that period.

Jabel Muntar can only be reached by 4×4 off-road vehicle. Very few remains of its monastery are still visible, and the site has never been excavated. The biggest reward of reaching its summit is stunning views of the Judean Desert, Jerusalem, the Dead Sea, and Moab mountains.

A visit to the site can be combined in an off-road tour to the Judean Desert.

Contact us to inquire more about a private off-road tour to Jabel Muntar: