Church of the Multiplication (Tabgha) 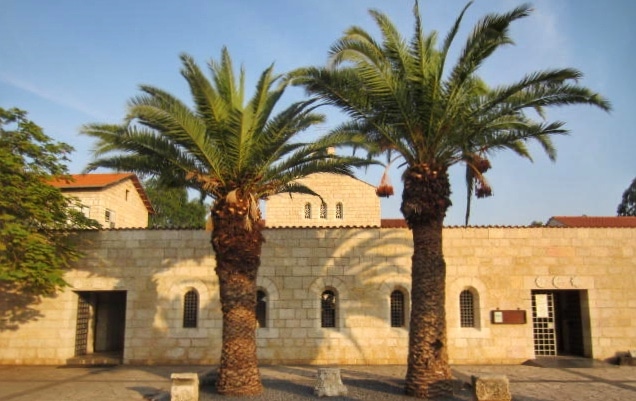 The site of Tabgha is preserving in its name the ancient Greek name of the site – Heptapegon – The site of Seven Springs. The warm water of these springs, pouring into the Sea of Galilee, attract fish to this, making Tabgha a popular fishing area. Indeed, the fishing village of Capernaum is less than 2 miles away, and like Capernaum, the lush green site is also venerated by Christians. Since the Byzantine period, it is identified as the site where Jesus mordaciously multiplied loaves and fish to feed the multitudes (Luke 9:10-17).

History and Archaeology of Tabgha

The site of the Miraculous multiplication of loaves and fish is not mentioned by name in the New Testament. The synoptic Gospels (Matthew, Mark, and Luke) only state the event happened in a place of “Solitude”, while John adds that it happened “on a hill” (John 6;3). Although Tabgha is in a valley, in the 4th century a chapel was built at the site, marking the place believed to be where Jesus preformed the miracle. Egeria, a Spanish nun who visited the site in 385 CE, described the site in the following words – “grassy field which has sufficient hay and many palm trees and nearby seven springs..”. The site around the church looks quite similar, to this day.“ In the 5th century CE, the chapel was replaced by a bigger Basilica shaped church, with three apses. Yet, following the Arab conquest of the Holy Land, in the 7th century, the church was destroyed and later abandoned. Eventually, even its location was forgotten.

Rediscovering the Church of the Multiplication 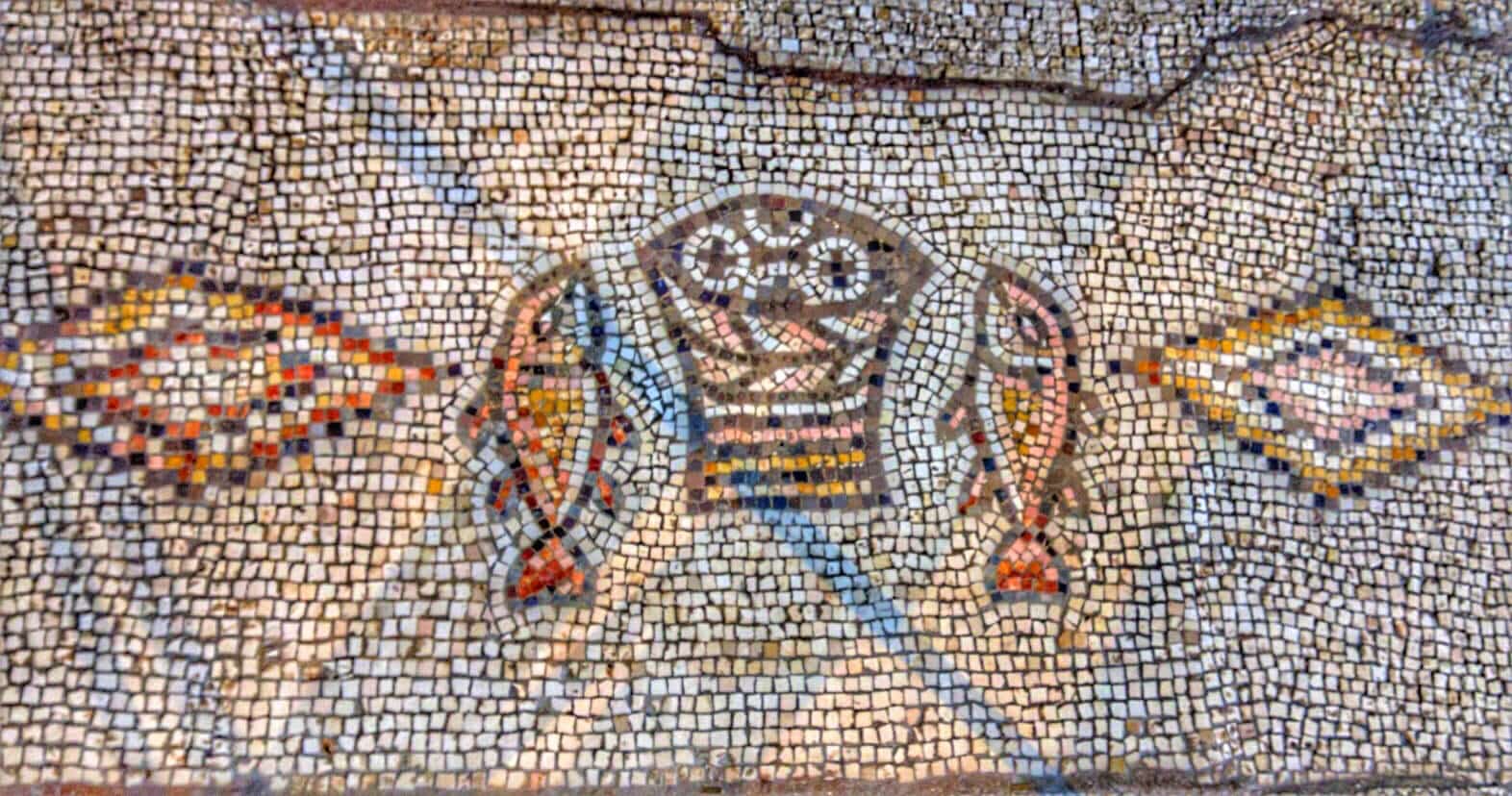 In the late 19th century, the German archaeologist Gottlieb Schumacher was the first to identify remains of a church in Tabgha and relate them to the multiplication miracle. In 1932, under British rule, the site was excavated, by two German archaeologists (Madder and Schneider), and the church was exposed. The most important discovery was a decorated mosaic floor around a protruding rock in the church’s apse. It depicted two fish flanking a basket full of loaves of bread. The archaeologists concluded that this image alludes to the miracle of the multiplication of loaves and fish, which was commemorated by the sacred rock.

Why Was the Church Floor Decorated with Images of the Nile? 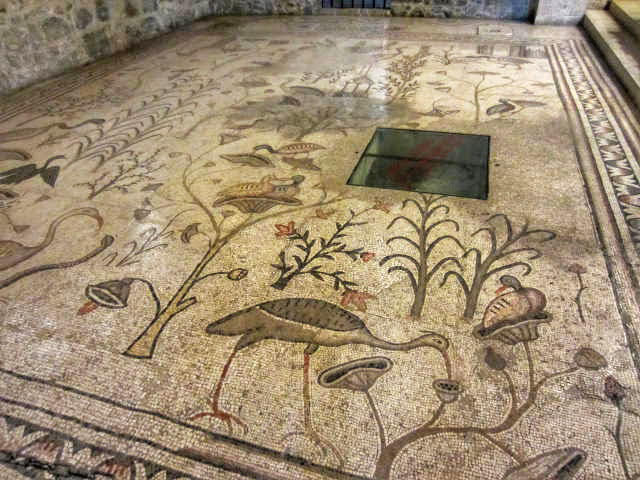 The 5th century CE church in Tabgha was paved with a mosaic floor which combined various types of decorations: geometric designs, various birds, and a detailed image of wildlife around the Nile. Parallels found in Sepphoris, Beit She’an, and elsewhere in the Roman empire indicate images of the Nile were very popular. They symbolized prosperity and wealth, which was compared to the height of the Nile. Indeed, a Nilometer appears in the church floor as well.

In 1982 the Byzantine era church was fully restored, providing a great sample to Basilica shaped churches from Byzantine times.

Touring Tabgha’s Church of the Multiplication

The Church is open Monday to Saturday, free of charge, although there is a parking fee. The modern church replicates well the Byzantine era church that once stood at the same spot. Seven fish-shaped fountains in its atrium resonate with the ancient Greek name of the site (seven Springs). Inside the church, the windows are of alabaster, letting only dimmed light in, forming a special feeling of spirituality.

A tour to Tabgha’s churches can be combined with a guided day tour of the Galilee.