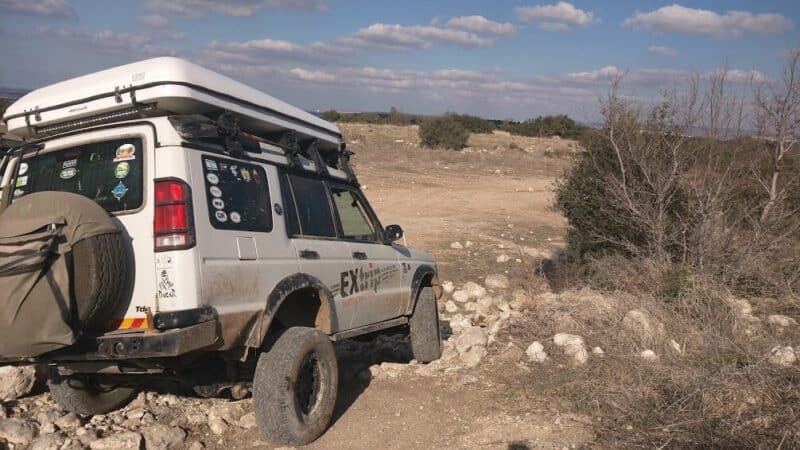 Tel Goded (In Arabic: Tel el-Jdeideh, “The New Mound) is an archaeological site in the heart of the Judean Foothills (the Shephelah), whose hilltop provides on the best view of the region.

History and Archaeology of Tel Goded

The ancient name of the site is unknown, but some scholars suggested identifying Tel Goded with Moresheth Gath, the hometown of prophet Micha (1:1). The site was excavated on the turn of the 20th century by a British expedition. The main discovery was a mansion from the Hellenistic period. Sporadic evidence from the Iron age might be related to the Biblical prophet Micha. On the eastern slope of the mound are several bell-shaped caves used for different purposes. Some were turned into hideouts during by Jewish rebels during the Bar-Kokhba revolt (132-135 CE).

The Bar-Kokhba caves are a short walk from road 38. Crawling through the rebel tunnels requires flashlights. The hike to the hilltop will provide stunning views of the southern Judean lowlands and the coastal plein. It is especially recommended to tour the site in the spring when the area blooms in dazzling carpets of wildflowers.

A tour of Tel Goded can be combined in a guided day tour in the Judean Foothills (the Shephelah).

Contact us to inquire more about a private tour of the Shephela: