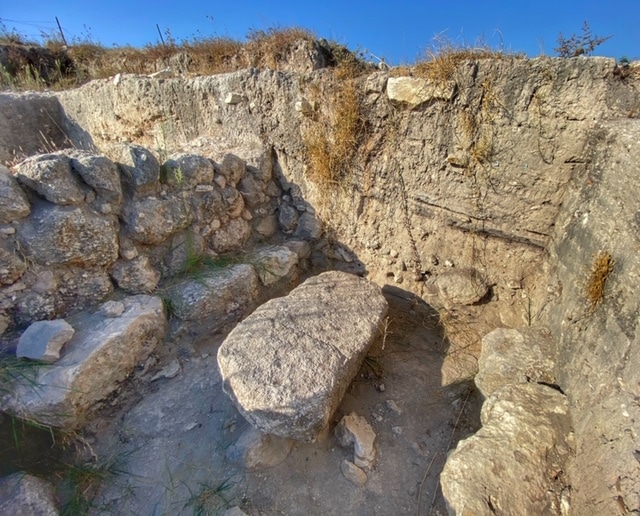 Nestling in the heart of the Judean Foothills (the Shephelah), ancient Beth Shemesh (from Hebrew: “House of the Sun”) was an important city in Canaanite and Israelite times. In Israelite times it was in the lot of the tribe of Judah (Joshua 15:10) or Dan (Joshua 19:41). Beth Shemesh also played a special role in the history of the Ark of the Covenant.

Beth-Shemesh and the Ark of the Covenant

Beth Shemesh was also the battle site between Jehoash king of Israel and Amaziah king of Judah (2 Kings 14). Later, the book of Chronicles records the Philistines raiding on the city (2 Chronicles 28:17-18). Beth Shemesh is not mentioned again in the Bible, or any other ancient sources. It seems that it was destroyed and abandoned. Only 2,600 years later, in 1953, the state of Israel established a modern city by the same name, east of Beth Shemesh’s archaeological site.

Ancient Beth Shemesh was identified in 19th century on a hill next to the Soreq Stream, in the central part of the Shephelah. Since 1990 an expedition from Tel-Aviv University is excavating at the site. The excavations yielded various finds from Canaanite and Israelite periods, including the city’s necropolis, and a big underground water reservoir. In 2019 Dr. Zvi Lederman, head of the expedition, announced on discovering the possible location of the Ark’s rest after its return from Philistines.

Beth Shemesh archaeological site lies on the side of road 38, west of Modern Beth Shemesh. It is accessible, free of charge, although it is not properly developed for tourism. The possible sport where the ark was places is along its northern slopes. In 2018 large scale salvage excavations were also carried out at the site’s eastern end, for a new highway.

A tour of Bethshemesh cab be combined with a day tour of the Shephelah, or a themed tour on the search after the Ark.