Who moved the ladder?

The “church of the Holy Sepulchre” is an important holy Christian complex in the old city of Jerusalem. It was first built in the 4th century CE, and is venerated by many as the site of the crucifixion, death, burial and resurrection of Jesus. To this day the site attracts millions, pilgrims and tourists alike, and it is one of the most popular destinations in the Holy Land. The control over the site is divided between several Christian orders, and it is characterized with disputes, which occasionally develop to violent clashes. In 1852 the Ottomans issued a firman that was supposed to establish a status quo of territorial division among the different communities.According to this decree, the primary custodians are the Eastern Orthodox and the Roman Catholic churches. The Armenian Apostolic, the Coptic Orthodox, the Ethiopian Orthodox and the Syriac Orthodox, acquire lesser responsibilities. Times and places of worship for each community are also strictly regulated by the 1852 status quo decree. Shortly before the 1852 status quo decree was made, someone placed a wooden ladder on a window ledge above the church’s entrance. The decree stated that the window, including the ladder, are “common ground”, and so no church can claim it or move anything in the area of the window – including the ladder. The result is that since 1852 the ladder was never moved, and it can be seen in all photos and engravings later then 1852. Noticing the ladder since the 1990’s, I too always saw it in place, against the right window.

Yet recently one of my students told me she saw the ladder leaning against the LEFT window, and she has a photo to prove! She her self was surprised to see the ladder moved, and indeed a day later she noticed the ladder was back in place, against the right window.

Who moved it? and why? Could it be that someone tried to undermine the status quo? Yet his scheme was revealed on the same day? And what happened to him??.. I can already see in my mind this story possibly manipulated in the next novel of Dan Brown.. The truth, however, I do not know. Below is the rare photo of the ladder. My sincere gratitude to Zohar for allowing me to publish it! 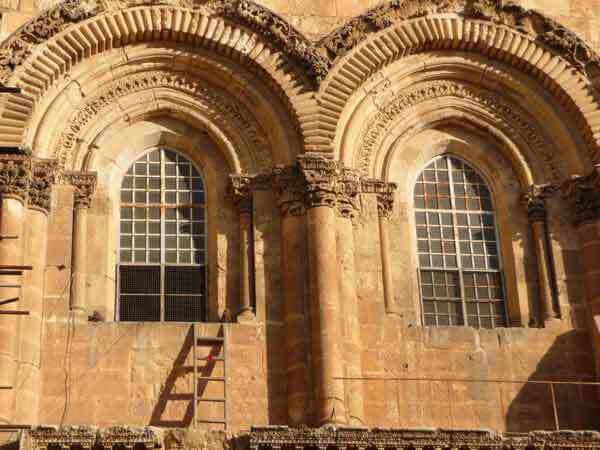 A rare photo of the “Holy Sepulchre ladder” leaning against the LEFT window above the entrance. The photo was taken by Zohar Halfan on the 4th of February 2009, at 8:54. © Zohar Halfan 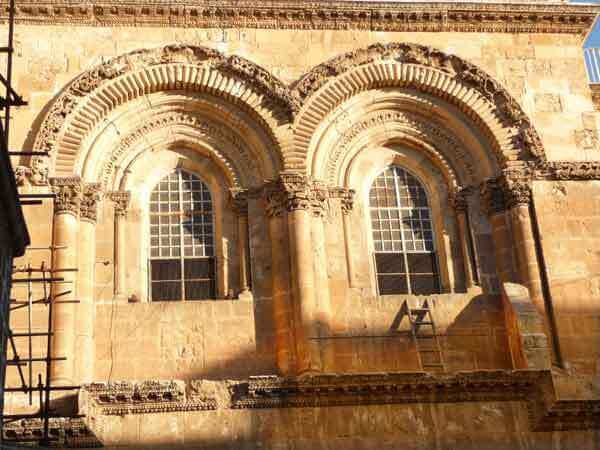 The ladder back in its original place. Photo taken pafter 4th of February 2009. © Zohar Halfan

Post Script: This article is one of my most popular articles ever. It was also published in BIBLICAL ARCHAEOLOGY REVIEW. Here is a scan of the printed version: 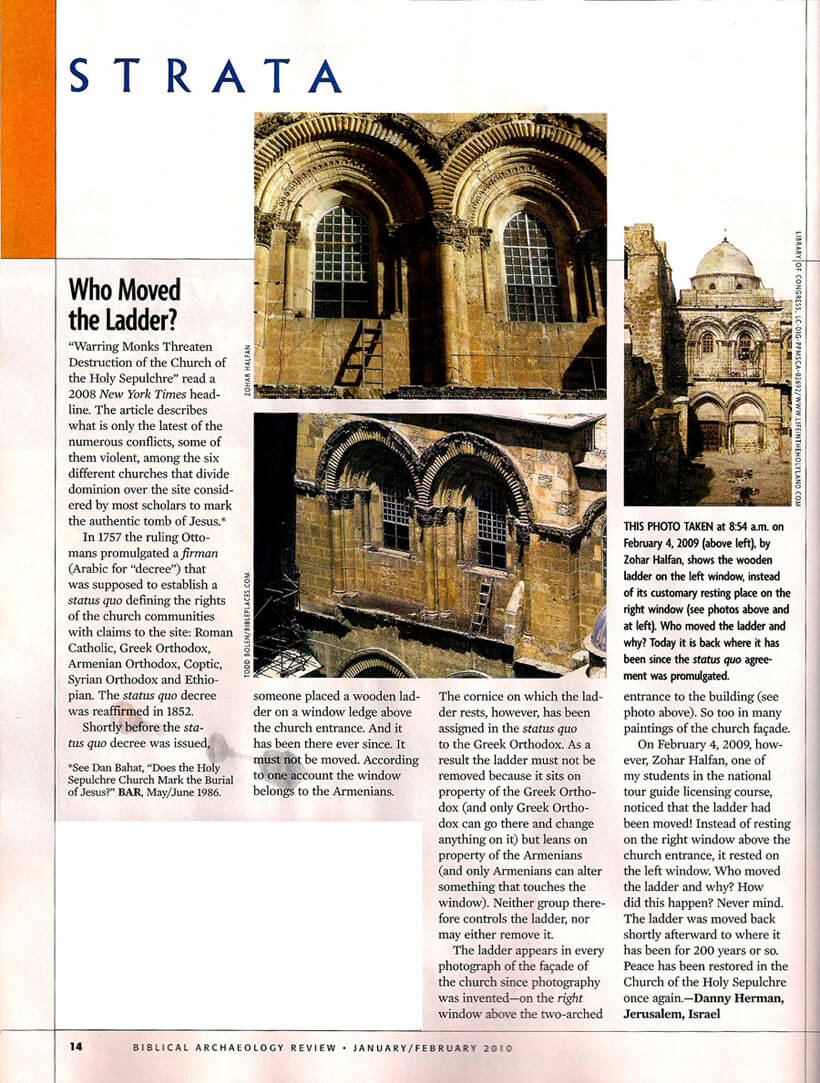 Contact us for a private tour to the Holy Sepulchre.