Home  >  Places to visit in Jerusalem   >  The Golgotha 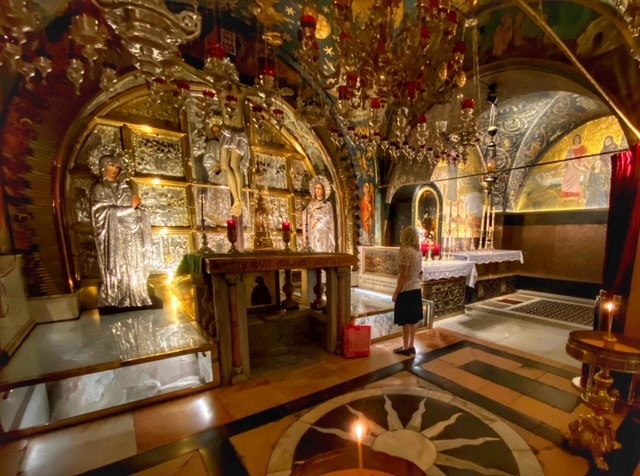 The Golgotha was the name given to the site of the crucifixion of Jesus in all four Gospels. The site was identified in the early 4th century CE at a hill next to an ancient tomb which was recognised the tomb used for the burial of Jesus. By 335 CE the whole area we transformed into massive church complex called “Church of the Holy Sepulchre”, which is a focal point for every Christian pilgrim visiting the Holy Land to this day. The Greek-Orthodox are the costudians of the Golgotha, and accordingly it is ornamented in the style of the Eastern Churches. The natural rock is visible but protected by glass, except for a small section in the middle, under the altar, where one can put his hand through a metal disk and touch the place believed to be the very spot where the cross for the crucifixion for Jesus was positioned.

Reaching the Golgotha can be combined in a tour of the Church of the Holy Sepulchre and other highlights of Jerusalem’s Old City.

Contact us to inquire more about a private tour of the Holy Sepulchre: