Home  >  Newsletter   >  (9/2019) Impressions of a Mysterious Cultic center found in the City of David – Malchizedek’s shrine? or Shalem’s stone?..

(9/2019) Impressions of a Mysterious Cultic center found in the City of David – Malchizedek’s shrine? or Shalem’s stone?..

Eli Shukrun is a friend since my years as an archaeology students at the Hebrew University. We took some classes together and stayed friends since. Later he joined me, and became a tour guide as well.
Last week I happen to meet him while both of us were guiding at the City of David, and he invited me to join his presentation to his group of his own dig at the City of David at a section not opened yet to the public. Of course my group and I happily joined, and we were indeed taken to an area I didn’t know of, not open to the public, although Eli exposed it already in 2010. The site, which sits right about the Gihon spring, is comprised of several rooms carved into the rock. Each room seemed to have had a different function.
The first room on the right (top photo), had carvings that are typicall to an olive press. The second room had also grooves in the floor, but Eli suggested that these may have been collecting other types of liquids – Animal’s blood in his opinion. The fourth room had also mysterious “L” shape carvings in the floor (second photo), and Eli suggested it was for holding a tripod on which animals were skinned after slaughtered in the second room.

Olive press marks appears in the first of several rooms carved above the Gihon Spring in the City of David. Although exposed in 2010, it is still not open to the public. (C) Danny Herman 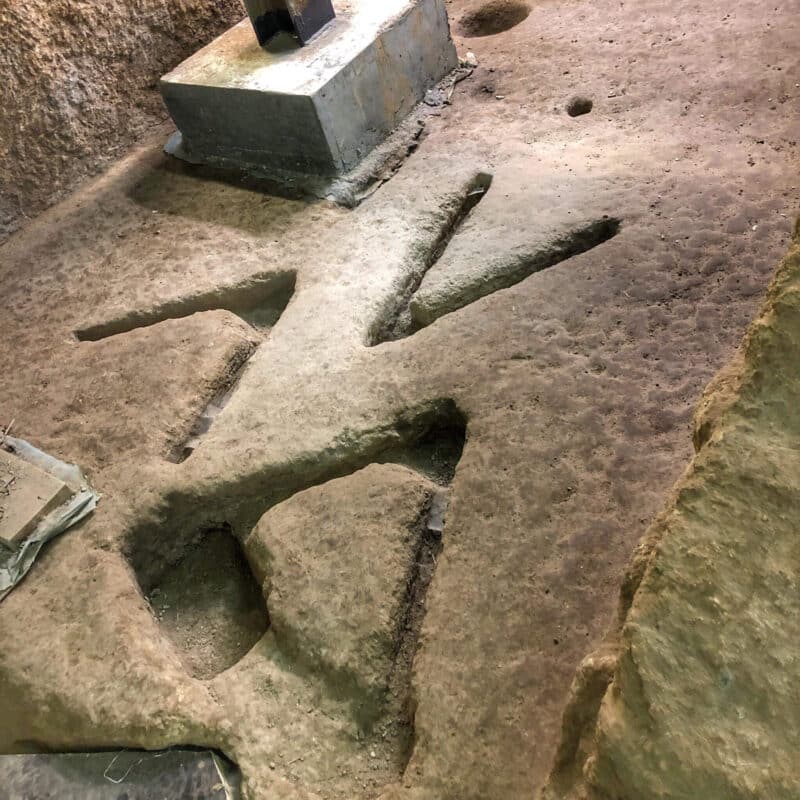 The fourth room of the complex bears mysterious L shape carvings in the floor. Were these made to hold tripods on which animals were skinned?. (C) Danny Herman

However it is he third room that bears the biggest mystery. Eli had a special key to open the metal frame protecting its corner, and as he opened it, a standing stone (Stela מצבהׁׁ) held in a square frame appeared. I was stunned by this.. What does all of this mean? and from which period is it?

Eli argues that although it can only be said with certainty that the comlex went out of use in the 8th Century BCE, it could have been used already by the Canaanites. He does not rule out the possibility that the cultic center was in use already in the time of King Malchizedek “king of Salem” who was “priest of God Most High” (Genesis 14:18). While hard to say if this religious complex really relates to the legendary figure of Malchizedek, I do agree with Eli that the cultic complex probably went out of use as a result of the religious reforms of King Hezekiah, as recoded in II Kings 18:22. 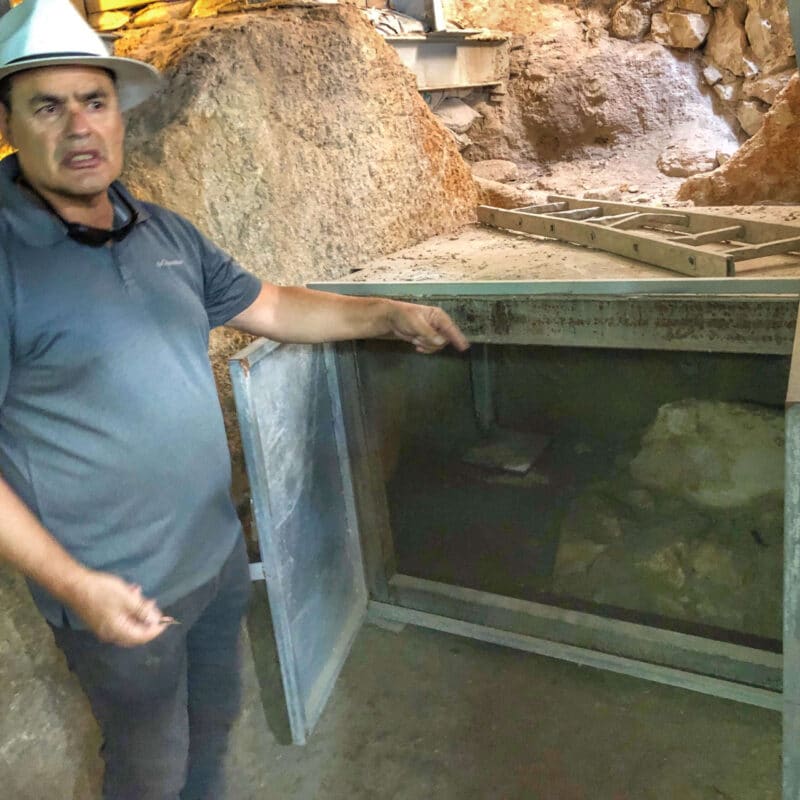 Eli Shukrun presenting the most enigmatic find in the complex – a standing stone (Hebrew – “Matsebah”) placed in a square frame of stones, looking like a stone that was worshipped. (C) Danny Herman 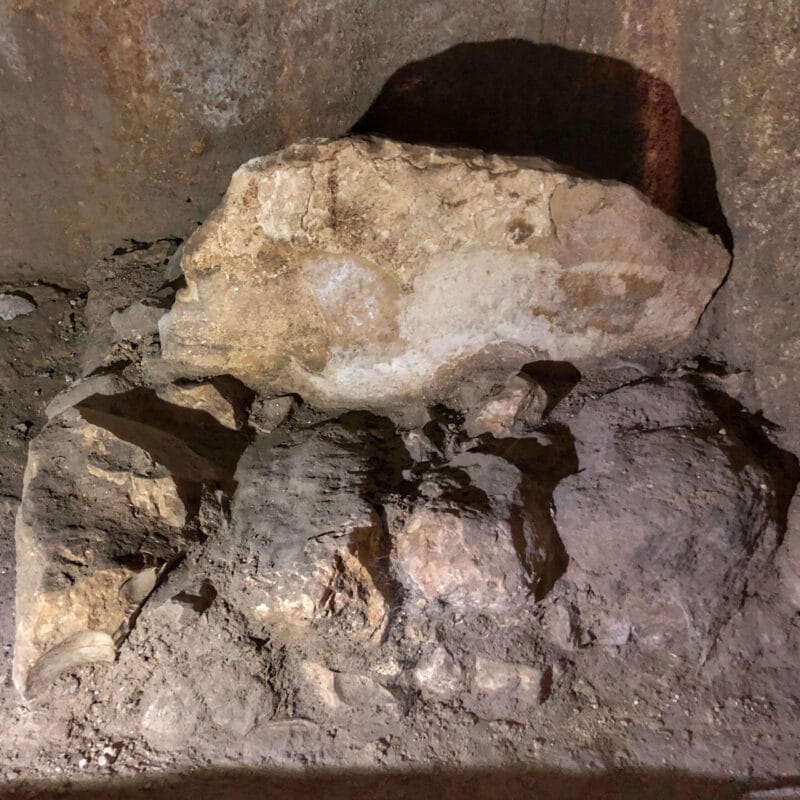 The mysterious standing stone from the City of David. Is this a Holy stone worshipped in Biblical times? were animals and Olive Oil offered to it? Does it date to the time of King Malchizedek??. (C) Danny Herman

Perhaps it was a worship center for Shalem??

Late Bronze age archives found in Ugarit teach us of a Canaanite God called SHALEM. He was the twin brother of Shachar (dawn), and both were the result of the result of the Chief Canaanite God El, impregnating a mortal (Whose name is not known). While the Jewish Biblie does not mention this God, the name of the City Jerusalem seems to indicate Shalem was worshipped in Jerusalem in Canaanite times. Further more two of David’s children seem to have had a name that relates to Shalem – Avshalom, and Salomon..
Perhaps the cultic center Eli found was really for the veneration of Shalem?