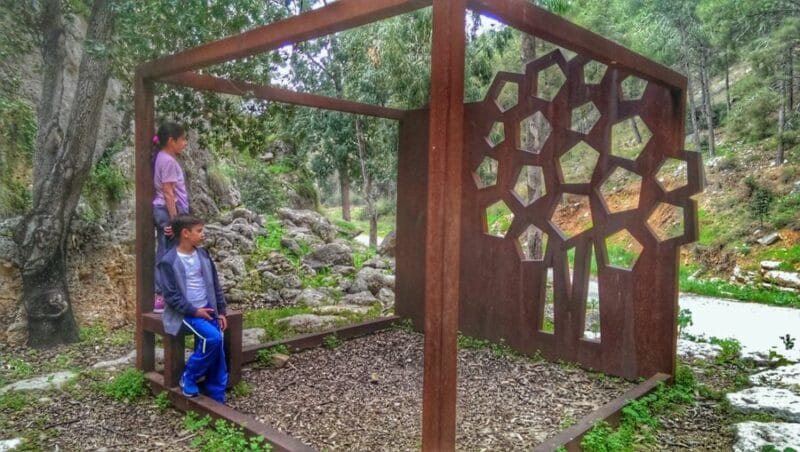 On Holocaust Remembrance Day in 2011 the KKL-JNF inaugurated a unique interactive bronze sculpture in memory of Anne Frank. The square shaped sculpture, made of rusted steel, invites visitors to on its bench and face an abstract image of the chestnut tree Anne recorded so lovingly from the family’s hideout. The cube form represents the room where the Anne’s family hid from the Nazis. The original tree broke in a storm in Holland in 2010. The friends of the KKL-JNF initiated this artwork to commemorate Anne Frank and the tree, in Israel. It is set in the memorial park of Anne Frank, which was founded in 1960, when Otto Frank, Anne’s father, planted here a tree. The sculptor is Dutch Jewish artist, and Holocaust survivor, Piet Cohen (1935). Like Anne Frank, as a child he was also hidden in house, in southern Holland.

The memorial is in the Martyr’s forest, along the road from Beth Shemesh to Jerusalem. Quotes from Anne Frank diary are presented along the path from the parking lot to the memorial. The seating position on the memorial’s stool forms an uncomfortable feeling of isolation and discomfort, resonating with Anne’s harsh conditions when writing her famous diary, and her tragic fate.

A tour of Anne Frank Memorial can be combined with a guided day tour of Jerusalem or the Shephelah.