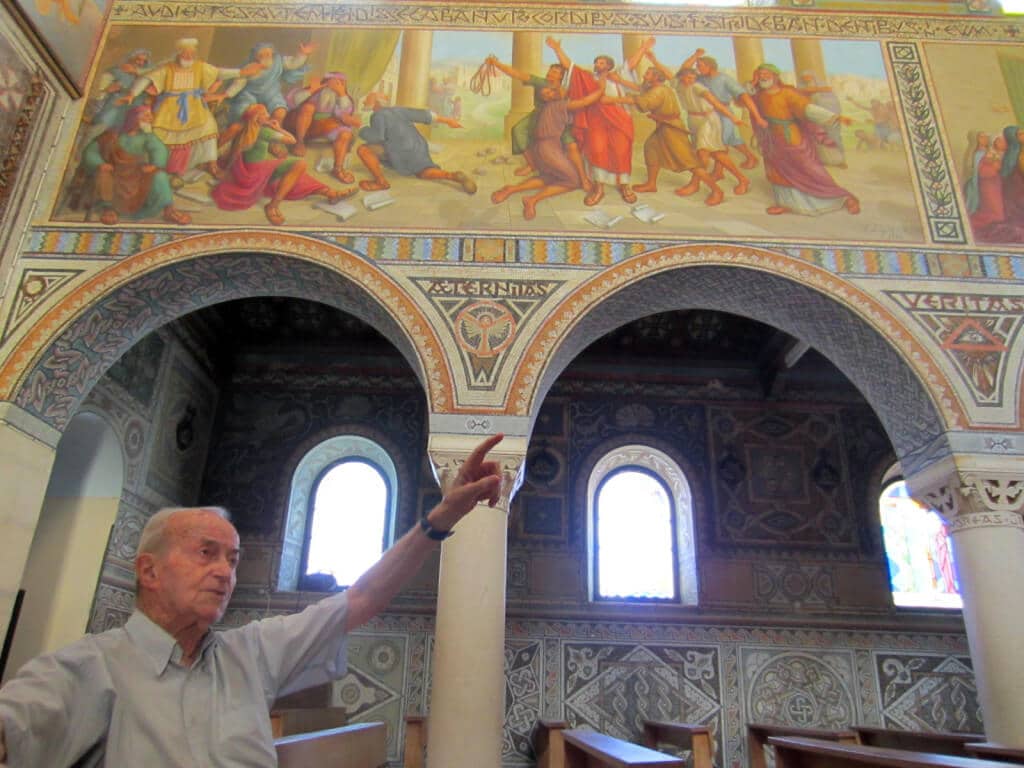 Beit Jimal is a Catholic monastery nestling in the lush hills of the Judean Foothills (Shephelah), near Beth Shemesh. By local Christian tradition it is next to a cave where the burial of Saint Stephen was found.

Rabbi Gamliel was a leading authority of the Jewish religious court (the Sanhedrin) in the time of Jesus. In contrast to the alienating attitude of the Sanhedrin towards Jesus (Mat. 26:59), the Book of Acts records Gamilel speaking in favor of Jesus (Acts 5:34-41). Later in the book Paul declared he was a student of Rabbi Gamliel (Acts 22:3). The whereabouts of Rabbi Gamliel is not recorded in any historical source, but the few references of him in the New Testament seem to indicate that he lived, and died in Jerusalem. But in 415 CE a priest named Lucian declared that Rabbi Gamliel appeared to him in a dream and revealed his burial place in a village in the Shephelah call “Kafr Gamla”. Furthermore, next to the tomb of the Rabbi, the remains of Saint Stephen, Nicodemus and his grandson, Abibus, were also uncovered. By order of the bishop of Jerusalem, they were all moved and deposited in the church of “Hagia Zion” (Today’s Abbey of the Dormition), in Jerusalem. Later, the relics of Saint Stephen were moved again, to a new church built especially for housing the relics, north of Jerusalem (Today’s Saint Etienne Church).

In 1878 Selesian monks set up an agricultural school at the Arab village  Beit Jimal (Arabic for: “House of Gimal”). In 1915 the remains of a Byzantine church were found at the site, including a mosaic floor with a Greek inscription reading “The Most famous and holy God, Stephanus“. The tomb discovered under the church was thus identified with the tomb that Lucien found in 415 CE marking it as the tomb of Saint Stephen, Gamliel, Nicodemus and Abibus. A new church was built in over these finds in 1930.

Another commemoration site of Saint Stephen near Beit Jimal? 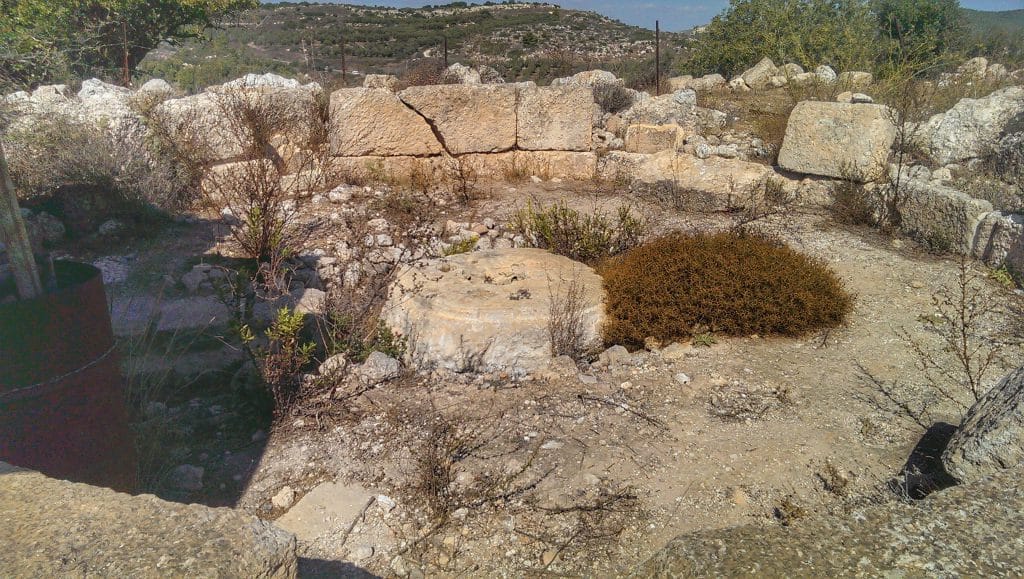 General view of the circular building at Kh. Jiljil.  “Jiljil” means in Arabic “rounded” or “wheel”. Yet Strus argues that perhaps the Arabice name is preserving the memory of venerating Saint Stephen here, as “Stephanos”, in Greek, means “crown”.

300 meters south of Beit Jimal lie the ruins of a site called “Khirbet el-Jiljil. It was excavated in 1999 by Polish archaeologist and Selesian father Andrzej Strus. He uncovered the remains of a circular structure, which undoubtedly functioned as a winepress in the Byzantine Period. But Strus suggested that it was originally constructed to house the relics of Saint Stephen, when his body remains were carried to Jerusalem.

In 2003, near this circular structure, an inscribed stone lintel was discovered as well. Traces of Greek text on the stone were read by Epigraphist Emile Peuch, as: ” ΔΙΑΚΟΝΙΚΩΝ ΣΤΕΦΑΝΟΥ ΠΡΩΤΟΜΑΡΤΥΡΟΣ “. = The place of reposing the relics of the first martyr Stephen”. If the reading is correct, this is stong evidence in support of Strus’ theory.

Yet in 2007 Dr. Shimon Gibson, who co-directed the dig at the site with Strus, and Epigraphist Dr. Leah Di-Segni, published an article rebunking the conclusions of both Puech and Strus. Gibson and Di-Segni argue that only 6 letters of the original inscription can be read, and so reconstructing the original text is impossible. Furthermore, the site itself was re-examined by Gibson, and he reached the conclusion that the circular structure never had any other function except as a winepress. He also noted that turning a holy Christian site into a winepress in the Byzantine period is a very unlikely scenario.

Nevertheless, the site bears some unusual features for a winepress. The scale of the winepress unusually big, and an official inscription, set as a Tabula Ansata, was placed at its entry. Furthermore, the winepress is constructed of ashlar stones, and some of its floor is tiled with marble (!). Although Gibson’s arguments are convincing, the anomalies at this mysterious site are puzzling. Perhaps further research would clarify the full history of this intriguing site.

The monastery of Beit Jimal (also called “Beit Gemal”) is open every day of the week, except for Sunday, and is closed for noon break of two hours. Five monks maintain the place, producing wine and olive oil. The monastery also operates the most veteran meteorological station in Israel, since 1919. The modern church built over the alleged tomb of Saint Stephen and Rabbi Gamilel presents beautiful mosaic walls with subjects related to biography of Stephen and Gamliel. The crypt beneath it leads to the sacred burial cave.

A tour of Beit Jimal can be combined in a guided day tour in the Judean Foothills (the Shephelah).