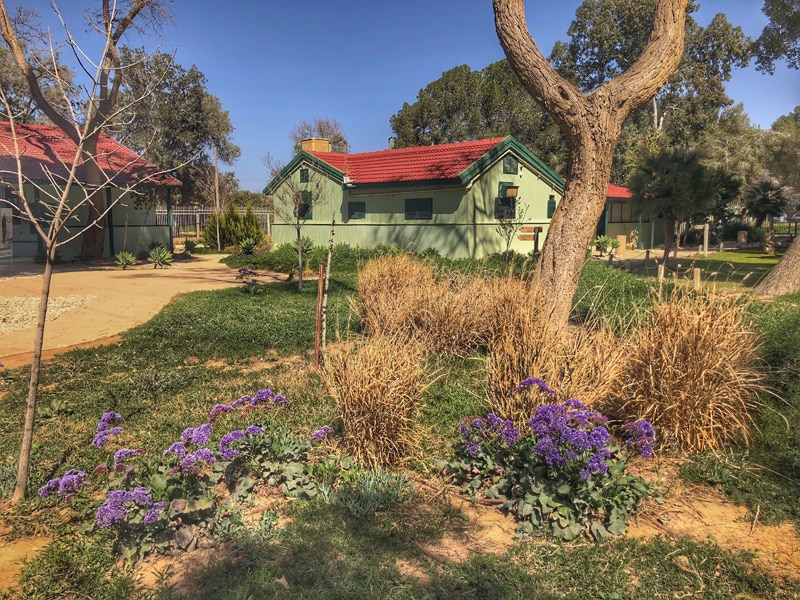 Located in the heart of the Negev desert, Kibbutz Sde Boker was established in 1952 by a group of young and idealistic Jewish pioneers. The Kibbutz is famous for been joined by Israel’s first prime-minister, David Ben-Gurion, after his retirement. Ben-Gurion also asked to be buried near the kibbutz, on overlooking Nahal Tzin. Today, Ben-Gurion’s desert home and tomb of are national monuments.

Known also as ‘Ben-Gurion’s Hut’, the humble wooden home where Ben-Gurion lived the last years of his life, is preserved in its original form, as he requested in his will. The original 1960s furniture, the humble bedroom and kitchen, and his library, packed with books are all left as they were when David Pauls lived there. Today, a modern visitors’ center next to his house presents Ben-Gurion’s dramatic decisions in the formative years when the state of Israel was born.

In 1968, after his wife, Paula, passed away, Ben-Gurion and his son chose a cliff overlooking the desert, 2 miles south of the kibbutz, to be her burial place. In his will Ben-Gurion asked to be buried there as well. Today, ‘Ben-Gurion’s College’ and village operate next to the tombs, which are a national park.

“Each time I visit Ben Gurion’s desert home it reminds me of my grandparents home. Our nation was formed by such humble people!”, team member, Edan Geva 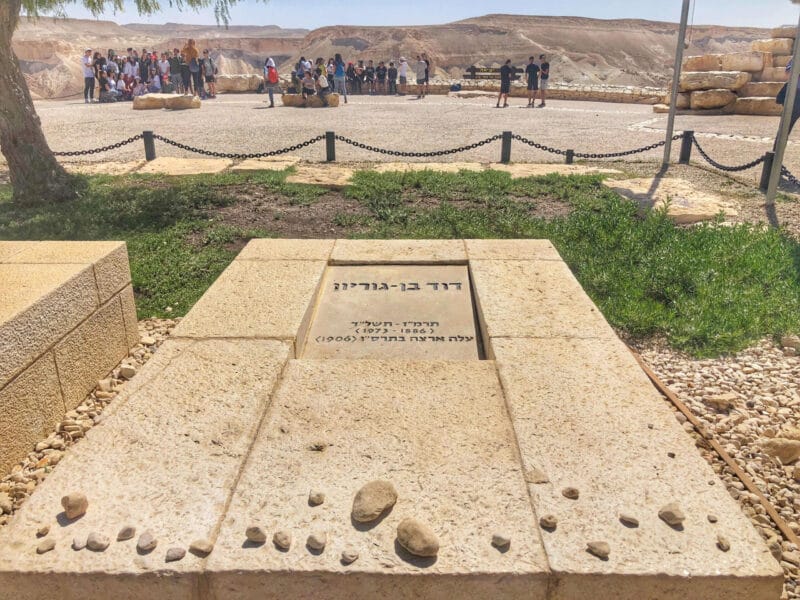 Ben Gurion’s desert home is open every day of the week and charges an entry fee. Ben-Gurion’s tomb is 2 mile south of the kibbutz, behind Ben-Gurion College. It is open and accessible year-round, free of charge.

A tour to Ben-Gurion’s Desert Home and Tomb can be combined with a day tour to the South.

Contact us to inquire more about a private tour to Ben-Gurion Desert Home: