Cave of the Letters Lookout 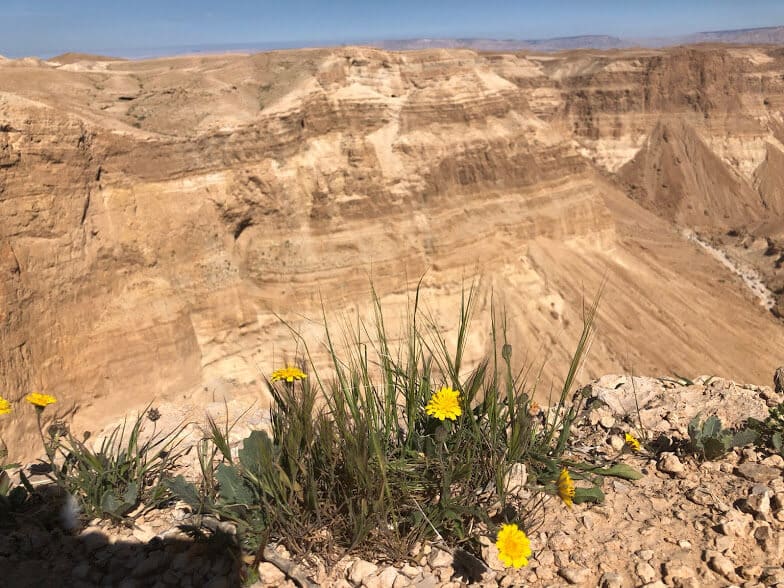 Cave of the Letters was the name given by Prof. Yigael Yadin to a cave he excavated in the 1960s in Nahal Hever, a dry riverbed in the southern part of the Judean Desert. The excavations yielded various artifacts belonging to the Jews who  escaped from the Romans at the last stages of the Bar-Kokhba Revolt (132-135 CE).

The discovery of skeletons indicates most of them did not survive. They died either from starvation, or from suffocation, perhaps from a fire lit at the caves’ entry by the Romans. The most famous discovery was a cache of letters sent from Bar-Kokhba, the leader of the revolt, to the rebels of Ein Gedi, with various tactical and religious instructions.

A monument above the cave marks the spot where the rebels’ skeletal remains were re-buried after been studied. The monuments’ plaque was vandalized, several times, most likely by locals. In my last visit in 2018, it was repaired, again.

Setting a tour to the Cave of the Letters Lookout

The viewpoint to the ‘Cave of the Letters’ is from a cliff above Nahal Hever, that can only be reached with an off-road 4×4 vehicle.

Contact us to inquire more about a private tour off-Road tour to the Cave of the Letters lookout: