Ein Prat (Hebrew: Spring of Prat) is the biggest of three perennial springs along Prat stream (Wadi Qelt), a stream that flows along the northern Judean desert, from Jerusalem to Jericho. 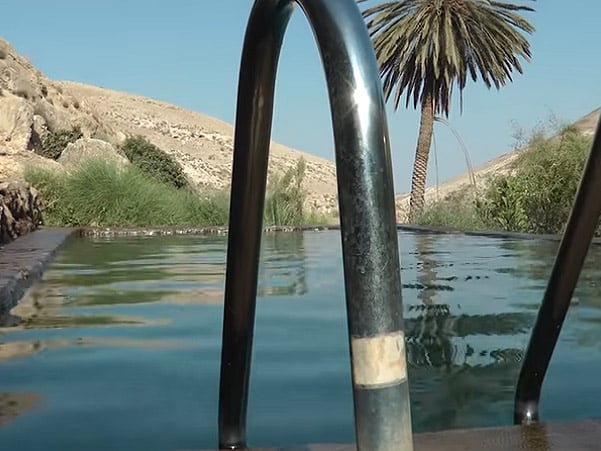 The springs along the Prat stream have been utilized by humans from prehistory. The water were channeled to irrigate fields around Jericho already in the Neolithic period, leading humanity into the agricultural revolution. In the classical period aqueducts were installed along the stream, whose remains can be seen to this day. In the 4th century a monk named Kharitun settled next to the Ein Prat, and formed the first monastery in the Judean Desert, Faran monastery. Eventually over 50 monasteries will be established in this region. Faran monastery was attacked and destroyed in the Persian invasion in 614 CE. In the British mandate Period the spring’s water was pumped to Jerusalem, but since 1970 the spring is a protected nature reserve.

Touring and Swimming at Ein Prat

Today Ein Prat is a national park that offers a refreshing stop, and a swimming experience, in the northern Judean Desert. The monastery near the spring is active again, maintained by a single Russian monk, brother Anaopheri.

A tour of Ein Prat can be combined with a guided day tour of the Dead Sea.

Contact us to inquire more about a private tour to En Prat: