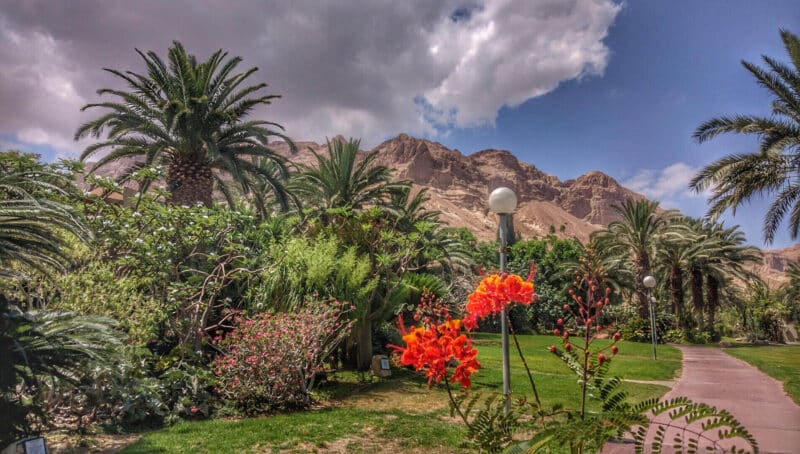 Ein-Gedi is a beautiful oasis, set between two dramatic canyons along the western shores of the Dead Sea. It is known for its nature reserve, archaeological sites and scenic hikes along streams of refreshing water.

Fed by a few perennial springs, Ein Gedi was settled as early as the Chalcolithic period. Some 5,500 years ago a prehistorical temple operated next to Ein Gedi’s Spring. Its copper sacred objects were hidden in a cave but were uncovered in an archaeological survey of the region. This unusual collection of over 500 artifacts is on display at the Israel Museum. The Bible records David hiding from Saul in the caves of Ein Gedi, and later escaping to Masada. In the Roman times a Jewish farm operated here a lucrative Balsamon perfume production. Cleopatra, queen of Egypt, desired it so much she convinced Mark Anthony to make these orchids her possession. The Jewish village thrived also in the Byzantine period, but in the 6th century the village was attacked, destroyed and abandoned. In the Mamluk period a flour mill was installed in the oasis, yet significant development at Ein Gedi took place only after 1948. In the last stage of the War in Independence, Israeli forces sailed from Sodom on the Dead Sea, and landing at Ein Gedi, they established it as part of the state of Israel. The military post became a kibbutz in 1956, which flourishes to this day. The Kibbutz developed a spa and a hotel, which operates amidst its famous botanical gardens. 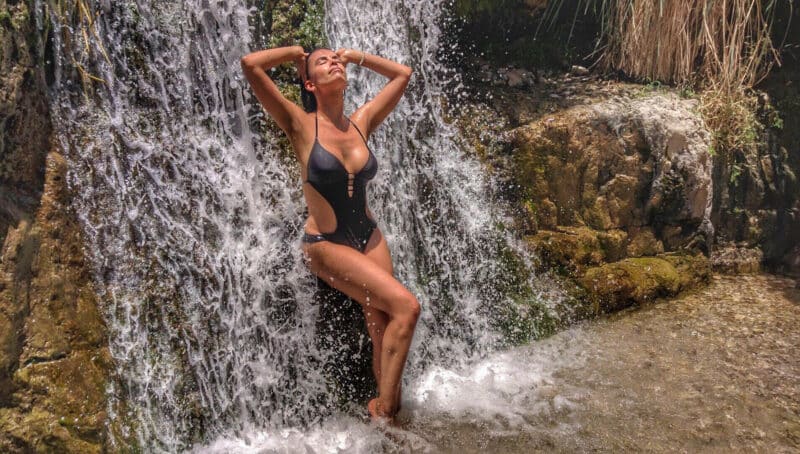 Ein Gedi is about an hours’ drive from Jerusalem, yet it feels like worlds apart. The nature reserve offers hikes to the oasis’ springs, with refreshing stops to swim in its freshwater pools. It’s lush vegetation is also home for large flocks of Nubian Ibex and rock Hyrax (a land mammal resembling a guinea pig). Of its archaeological finds most impressive is the Byzantine period Synagogue. Its mosaic floor is decorated with charming patterns, and 4 lengthy Hebrew Inscriptions. One them seem to allude to treasures hidden by the community. Kibbutz Ein Gedi offers a glimpse of the unique social lifestyle developed in Israel by the Zionist movement. Visitors can experience a genuine lunch experience in the kibbutz’ dinning room, and guided tours in its desert style Botanical Gardens.

A tour of Ein Gedi is a perfect retreat to combine in a guided day tour of the Dead Sea.

Contact us to inquire more about a private tour to Ein-Gedi: