The Book of Samuel records David establishing a palace and a stronghold in Jerusalem after he conquers the city (II Sam. 4:9, 17). Although the details are insufficient to indicate its exact location, it was probably in a high and prominent spot. After all, from his palace David could even see Batsheva bathing on her rooftop. (2 Sam.11:2). 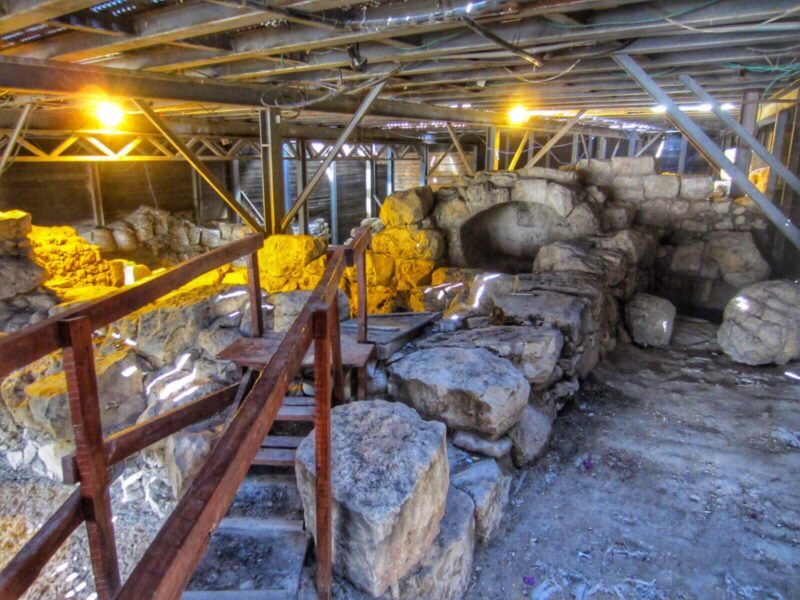 In 2005-2007 Dr. Eilat Mazar uncovered remains of a large stone structure in the City of David, right above Area G. She argued that its foundation was in the 10th century BCE, and being so, these could be the remains of King David’s Palace and stronghold.

If indeed so, this is one of the most important discoveries ever made in Jerusalem, but other scholars point to the lack of sufficient indicative evidence to validate this thesis.