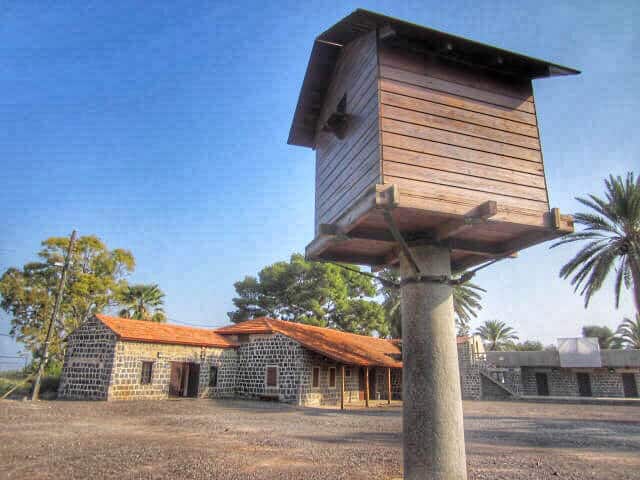 Founded in 1908 by the Sea of Galilee, the Kinneret Farm was established by the World Zionist Organization to the train Jewish pioneers before setting new farms. The young ideological groups of pioneers that were trained in the farm became the backbone of the future state. Moreover, the Kinneret farm also sprouted some of the most significant social and commercial national organizations. A communal farm concept (kibbutz and Moshav); a Jewish pre-military force (Hagana); a Labor union (Histadrut); Social Medical care (Kupat Holim); a consumer cooperative (Hamshbir), and a dairy cooperative (Tnuva) are just some of the institutions that were initiated and conceptualized in the farm. Kinneret Farm was also the home of the poet ‘Rachel’ (Rachel Bluwstein; 1890-1931) for several years. “Were you there or did I only dream?” is her concluding line in the iconized poem “Perhaps“. Some of her most known poems express her longings to the farm and the region when she was on her deathbed in Tel-Aviv. After passing away, Rachel was brought back, for final rest, at Kinneret Cemetery.

Since 2007 the restored Kinneret Farm operates as a museum. It presents the history of the institution, and the national projects that resulted from its activity.

A tour of Kinneret Farm can be combined with a guided day tour of the Galilee.