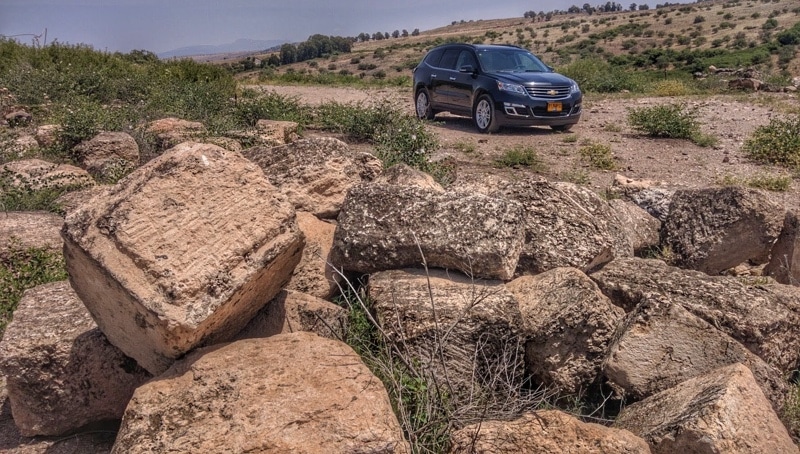 Contrary to its French name (‘Chastellet’ means ‘a small fort’), Vadum Iacob was once one of the biggest forts built by the Crusaders in the Holy Land. But shortly after its foundations were complete, it was conquered and destroyed by Saladin. Today, its remains are a testimony to the dramatic events during the Crusaders Period.

History and Archaeology of Chastellet

Located 20 miles north of the Sea of Galilee, “Jacob’s ford” (in Latin ‘Vadum Iacob’) was one of the most important crossing points over the Jordan River. The Hula Swamp lay north of it, and the Jordan river cascaded in rapids south of the pass. The Templars monitored this pass from Safed, but in 1178 CE they convinced the young Crusader king, Baldwim IV, to erect a fort next to the River’s crossing point. Called ‘Chastellet’, the fort enabled to better protect the Crusaders Kingdom from a Muslim attack from the east, and also potentially enable a Crusaders raid on Damascus. The Ayyubian Sultan, Saladin, offered Baldwin IV 60,000 Golden Dinars to the construction, but his offer was declined. Saladin then raised his offer to 100,000 coins. His offer was still declined.

Saladin was now determined to conquer and destroy the fort, whose main walls were complete by May 1179 CE. He summoned a large Muslim army and on August 1179 CE he laid siege on the site. Within six days a Muslim mining force managed to dig a tunnel under the northeastern corner of the castle, and once it was filled with wood and lit, the conflagration caused the tunnel and the wall above it to collapse. The Muslims pillaged the fort, killing about 800 Crusaders, and stuffing them into a pit. A few days later, the decaying bodies in heat of August afflicted a plague among the Muslim soldiers. This is perhaps why the Arabic name of the Chastellet is ‘Bayt al-Ahzan’ (=The House of Grief). 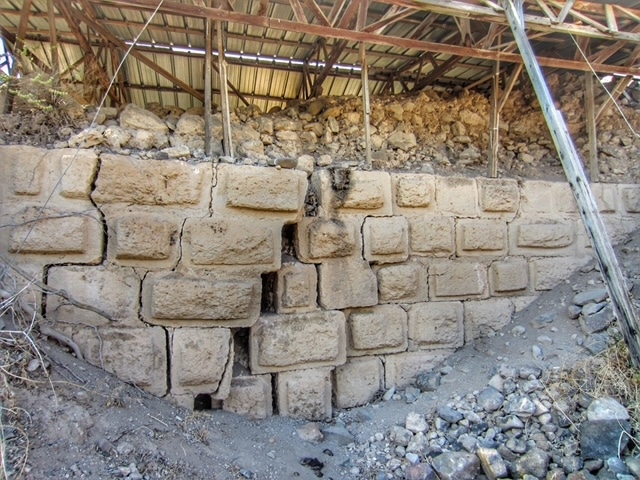 Chastellet was surveyed in the 19th century, but only in 1994 an archaeological expedition from the Hebrew University, began excavating at the site.  It seems that Chastellet was never completed. It was planned to be designed as a “castle in a castle” (like in Belvoir), but only the outer walls were completed when Saladin attacked it. Only 15% of the site was excavated so far, yet over 1200 arrowheads and other weapons attest to the dramatic battle. The archaeologists also uncovered a few skeletons, including of horses and other animals. One of the human skeletons was found with a bag of 160 silver coins on his chest.  However, the pit where some 800 Crusaders were buried is still waiting to be discovered. Despite the Muslim Chronicles’ review of Saladin demolishing the whole fort after the battle, the excavations uncovered much of the fort’s walls intact, and especially along its northern end. On the other hand, these walls were shifted and torn, by nature. Earthquakes, which are not rare to the Jordan Valley, shifted some of fort’s walls about 7 feet.

Chastellet is still being excavated and has not yet been developed for tourism, but it is accessible. It can be reached from road 91, next to its bridge over the Jordan River (‘Gesher Benot Yaakov’). A dirt road leads to the base of the site, which can be appreciated both from its top, and by circling its walls. Next to the fort is a short yet beautiful trail along the western bank of the Jordan River.

A tour to Chastellet can be combined with a day tour in the north.

Contact us to inquire more about a private tour to Chastellet: