Kiryat Ya’arim is first mentioned in the Bible in Joshua 18:14 – “Kiriath Baal (that is, Kiriath Jearim), a town of the people of Judah” (cf. Jos. 15:9). These quotes imply that the site was formerly a cultic center for the worship of Ba’al. In contrast to its Canaanite past, the Book of Samuel records Kiryat Ya’arim sheltering the Ark of the Covenant, after it inflicted a plague in Beth Shemesh. It was guarded for 20 years by Avinadav and Elazar, until David took it to Jerusalem. In the 10th century BCE the Egyptian Pharaoh Shishaq boasted on conquering Kiryat Yaarim. Perhaps here he was also offered the treasures of Solomon’s temple (1 Kings 14:15-16), to discourage him from attacking Jerusalem. In Roman times a Roman military detachment (vexillatio) was stationed near a spring, east of the hilltop. 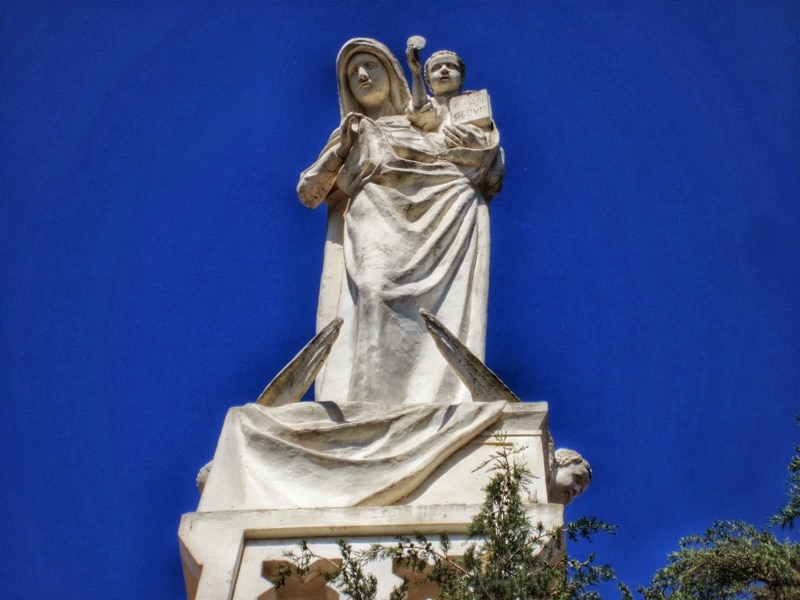 Later the Crusaders built a large church over the spring. In the subsequent periods, the Muslim village of Abu-Ghosh developed around it. The Muslim preserved the memory of Kiryat Ya’arim by naming the hilltop “Jabel Muqades” – “the Holy mountain”. Furthermore, the remains on the mountain top were called “Deir el-Azar” alluding to Elazer, the guardian of the Ark. In 1903 France purchased the hilltop, and by 1924 a monastery and a church were built over it. The church was called – “Notre Dame De L’arche D’alliance” – “Our Lady of the Ark of the Covenant”. On top of the church a big sculpture depicts Mary standing on top of the Ark, holding Jesus as a baby in her hands. The sculpture equates Mary with the Ark, expressing the Christian belief that both carried the divine message.

In 2017-2019 an archaeological expedition excavated the perimeter of the compound in search of evidence from biblical periods. They uncovered large retaining walls that suggest Kiryat Yaarim was a cultic center around the 8th Century BCE.

The Romans and Kiryat Yaarim 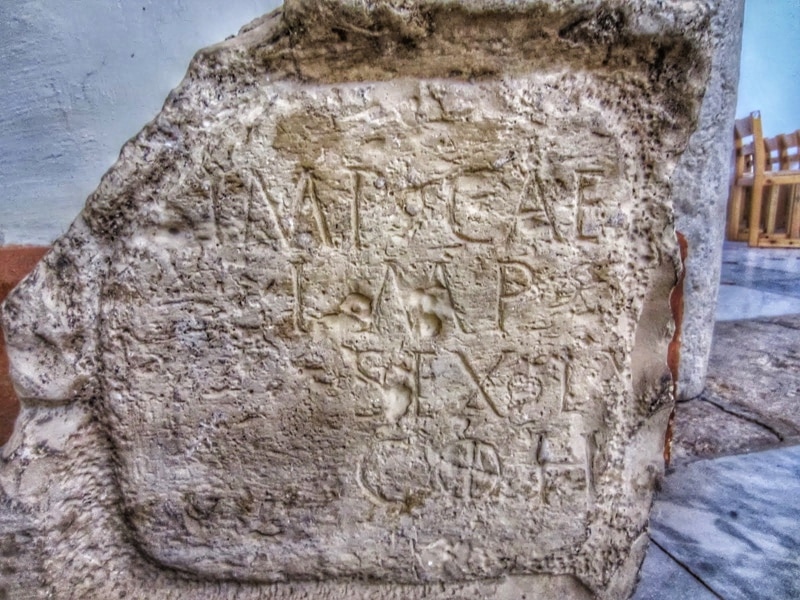 Two Latin inscribed stones are presented inside the Church of Our Lady of the Ark of the Covenant.

These inscriptions seem to indicate the presence of a Roman force in the area between the 1st and the 3rd centuries.

Touring Our Lady of the Ark Church 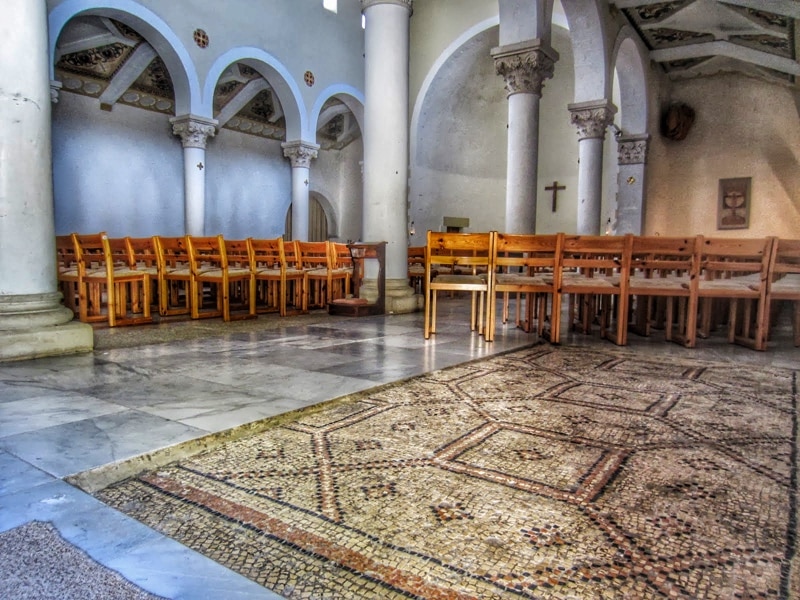 The monastery is maintained by the nuns of the Sisters of St. Joseph of the Apparition. The Church is open Mondays through Saturdays in the morning and again in the afternoon. The panoramic views from the garden around the church are some of the best vistas of Jerusalem mountains.

The church itself is humble, but its floor combines a mosaic floor, possibly of a church from the 5th century.

A tour of the church can be combined with a guided day tour of Jerusalem.

Contact us to inquire more about a private tour to the site: