The Pool of Siloam 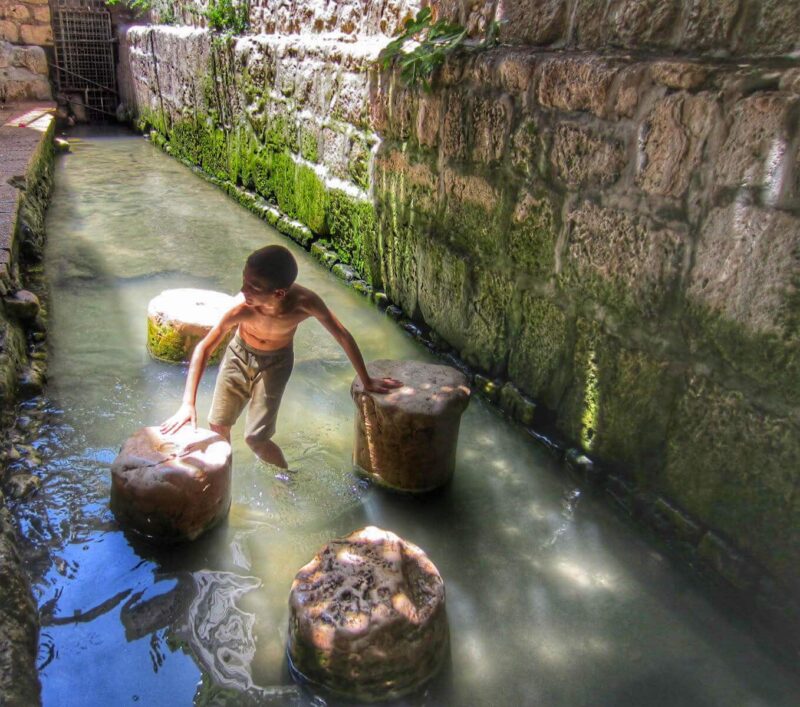 The “Pool of Siloam” is a rock-cut pool located at the southern end of the City of David (Biblical Jerusalem). The water in the pool comes from the Gihon Spring via a 533 meter-long tunnel, known also at Hezekiah’s Tunnel.

Pool or Pools of Siloam?

Not much is known about the pool from the Old Testament, but it was one of the reasons Jerusalem survived an Assyrian attack against the city in 701 BCE. (2 Kings 18). The New Testament provides more information about the site. According to the Gospel of John, it was beside the Pool of Siloam that Jesus restored the eyesight of a blind man by making clay with his spittle, and spreading it on the man’s eyes. The man was then ordered, “Go wash in the pool of Siloam”… So he went and washed, and came back seeing (John 9:7). In the fifth century CE a Byzantine church commemorating this miracle was built over what was then believed to be the Pool of Siloam. It was named ‘Our Saviour, the Illuminator’, and the sick would come to bathe in the water in the hope that they would be cured. This church was destroyed in the Persian invasion of 614 CE, and the pool itself shrank in size. But the memory of the name of the pool was not forgotten. In the 19th century an Arab village developed over what remained of Biblical Jerusalem. It was named Silwan, after the Pool of Siloam.

In the late 19th the first archaeological digs were carried out in the City of David / Silwan. Among others, the remains of the Byzantine church were rediscovered. In response, in 1896 the Muslims erected a mosque above the pool. In 2004 however Israeli archaeologists Ronny Reich and Eli Shukrun discovered another water reservoir, some 65 meters from the supposed Pool of Siloam. It was 70 meters long, with a wide flight of steps leading down into it. The small finds from the site dated this pool to the first century. It seems that this was the real Pool of Siloam in the time of Jesus, yet in the Byzantine period it mistakenly identified at the wrong location. The wide steps were probably designed to enable Jewish pilgrims to purify themselves in the pool before entering the Temple Mount. Indeed, next to the pool a wide stepped street was also recovered, leading towards the Temple Mount.

Touring the Pool of Siloam

Today both pools are popular tourist and pilgrimage destinations. It is also possible to walk from the pools, through the drainage channel under the stepped street, up to the Southern Wall archaeological park. 2,000 years this stepped street enabled Jewish pilgrims, after purifying at the Pool of Siloam, to complete their pilgrimage, enter the Temple Mount, and offer their animal sacrifice to the priest, in front of the temple.

A tour of the Pool of Siloam can be combined with a guided day tour of Jerusalem that will include the City of David.