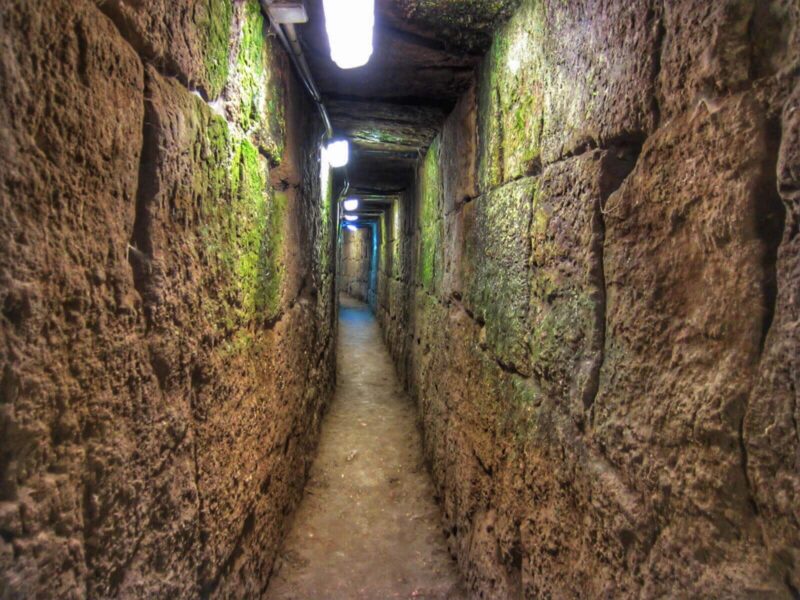 In the last 20 years many new archaeological discoveries are being made in the City of David, accompanied by unprecedented modern development. This is all achieved thanks to ELAD organization. One of their biggest achievements is exposing a wide stepped street that once connected the Pool of Siloam with the Temple Mount. Dating to the first Century, it is assumed that this stepped street was part of the mass scale building project of the Temple Mount by King Herod. The street enabled Jewish pilgrims to ascend, in comfort, to the Temple Mount, after purifying themselves in the pool of Siloam. Despite the significance of this archaeological discovery, most of the street is beneath modern homes and streets, and so it was dug in a very unusual way – from underneath it. That archaeological expedition exposed the full length of the drainage channel that ran beneath the street. It proved to be quite wide as well, and so it was open to the public to walk through it.

Walking Through the Channel

In 2012 the drainage channel beneath the Herodian stepped street was open to the public. Its entrance is next to the Pool of Siloam, and it ends at the corner of the Western Wall, in the Southern Wall Archaeological Park. The length of the channel is about 500 meters, and the walk through it is one of the most exciting experiences for anyone wishing to explore ancient Jerusalem.

A tour along the Herdoian Drainage Channel can be combined with a  guided day tour of Jerusalem.