Top 8 Activities for a Bar-Mitzvah Tour in Israel 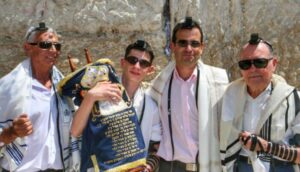 Many consider a Bar-Mitzvah ceremony at the Western Wall the ultimate way to celebrate their child’s event, and for a good reason. The Western Wall is the closest and most tangible remnant of the Jewish Temple. It was destroyed by the Romans in 70 CE, but is still a major focal point in Jewish history, religion, and culture. The ceremony must be pre-set with the Western Wall foundation, and is restricted as it can only be done in an orthodox way. Those wishing for a ceremony with no separation between men and women, especially if it’s a Bat-Mitzvah, the ceremony can be held at an alternative space nearby. Azrat Israel is a plaza facing the Western Wall within the Southern Wall Archaeological park. There are however other alternative locations across Israel to conduct the ceremony as well.

2. Tour the City of David and the Jewish Quarter 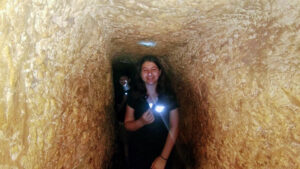 The best way to experience maximum appreciation for Jewish history in Israel and Jerusalem is to set a tour of the City of David, where the oldest remains of Jerusalem can be seen. This includes findings of prophet Jeremiah and King David.  To make the tour more adventurous, we can combine it with a walk along the dark and wet Hezekia’s tunnel and the Herodian drainage channel. The drainage Chanell will also lead you into the Southern Wall Archaeological Park, Davidson Center, the Western Wall, and the Jewish Quarter. Here, you can continue exploring and learning about the history of the Jews in Roman times, the middle ages, and in the modern era. 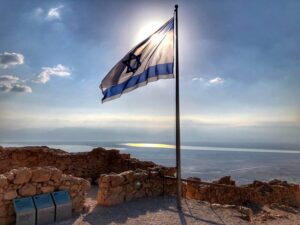 There are many ancient sites across Israel that represent the history of the Jewish people in the Holy Land. However, none of them seem to be equal to Masada.Originally turned into a fortified desert fortress some 2,000 years ago by King Herod, the Jewish refugees later clinged to their freedom fleeing from the Romans. Tragically, the Romans conqured the site and according to Jewish historian, Flavius Josephus, most of the Jews favored suiciadal death to Roman slavery. Excavated mostly in the 1960’s, Masada yielded a wealth of finds related to this famous and tragic story, including one or possibly two synagogues. Aside from a tour of the site, it is also possible to set a Bar-Mitzvah event in one of the synagogues, or possibly meet a Torah scribe and have him write a word in a torah scroll, in honor of your child’s Bar-Mitzvah. 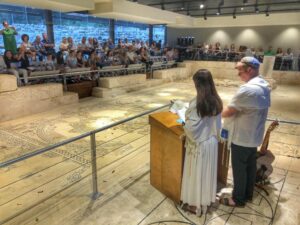 The Galilee is a mountain ridge in northern Israel with many beautiful spots and significant historical sites. If you are on a Bar-Mitzvah tour of Israel it is highly recommended to devote at least one day to the Galilee and visit sites related to the formation of Rabbinical Judaism. Magdala and Gamla are great sites to learn about Judaism in the time of the Second Temple and their tragic fate as a result of the Jewish revolt against the Romans. Beth-Shearim and Sepphoris are good locations to learn about Rabbi Judah and the formation of the Mishnah. Capernaum and Tiberias are fascinating locations to learn about the formation of the Talmud, and the interrelationship with Christianity in the Holy Land, in the Byzantine period. Finally, Safed is a great spot to learn about the mystical form of Judaism called Kabbalah.

5. Visit the Independence Hall in Tel-Avivate of Israel. 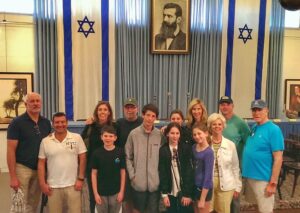 A Bar-Mitzvah tour of Israel is not complete with out visiting a few sites related to the Zionist movement and the formation of the state of Israel. The 1948 Secret Bullet Factory whose code name was “Machon Ayalon” is quite popular. Another great and educational experience is a drive along the 1948 “Burma Road” and learn about the battles to clear the road to Jerusalem for Jewish convoys. But perhaps the most moving experience is joining a tour at the “Independence Hall,” where on May 14th 1948 David Ben-Gurion declared the state of Israel. This was an act that led to a critical war of the Jews in Israel against all its neighbouring Arab countries, and against all odds managed to create the State of Israel.

6. Buy a Talith and Tefilin set 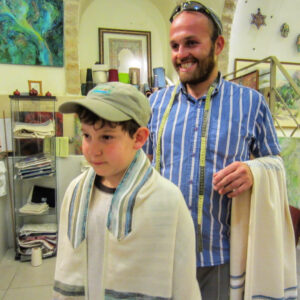 Once a girl turns 12 or a boy turns 13, the child is considered an adult by Jewish religious law, and should be using a Tefilin set during the morning prayer (“Shacharit”). In some communities wearing a Talith during prayers also begins at Bar/Bat-Mitzvah. Being so, if you are doing a Bar-Mitzvah tour to Israel it seems natural to buy the set in one of the Judaic shops spread throughout Jerusalem or Safed. Some workshops even offer hand woven talithos that can be custom designed with specific combinations of colors and ornamentations. 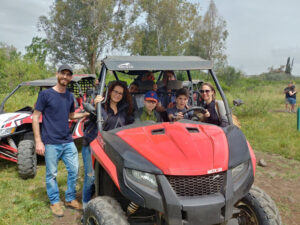 It’s true that a Bar-Mitzvah tour to Israel has a clear educational puropose. However, it doesn’t mean it can’t be combined with some fun! An ATV tour by the Syrian border in the Golan Heights, Kayaking on the Jordan River, or a speed boat ride facing the walls of ancient Akko are just some of the many extreme activities that can be set in the tour. 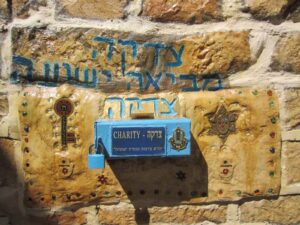 To make the Bar-Mitzvah tour most significant, we recommend combining it with an act of charity, supporting the poor and those in need in Israel. One option is giving a hand in picking fruits and vegetable for people in need (“leket“). You can also visit and buy a “Yad Lakashish” (“Lifeline for the elderly”) in Jerusalem, where your purchases support Israeli veterans. Lastly, you can support a family in need by helping them give their child a Bar-Mitzvah party. There are many more options and it’s more meaningful when you think outside the box!.

Contact us to Inquire more about setting a Bar-Mitvah in Israel. 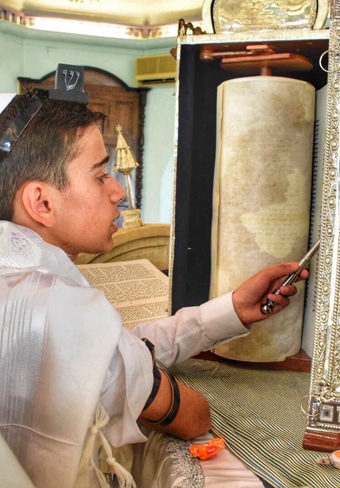 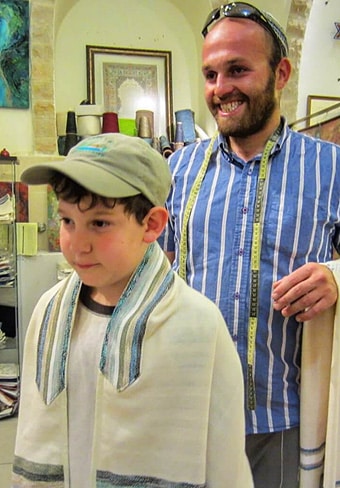 The Jewish Roots of the Holy Land 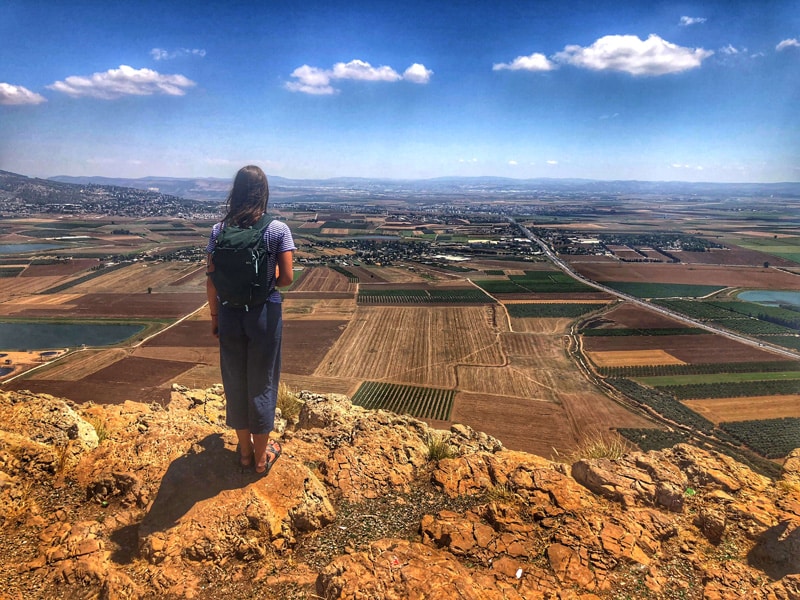 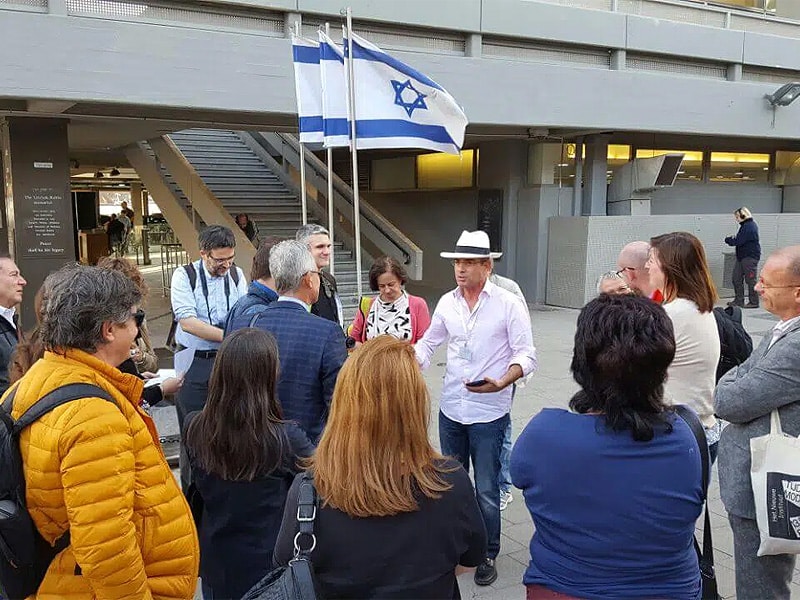