Home  >  Places to visit in Jordan   >  Bethany Beyond the Jordan

Bethany Beyond the Jordan 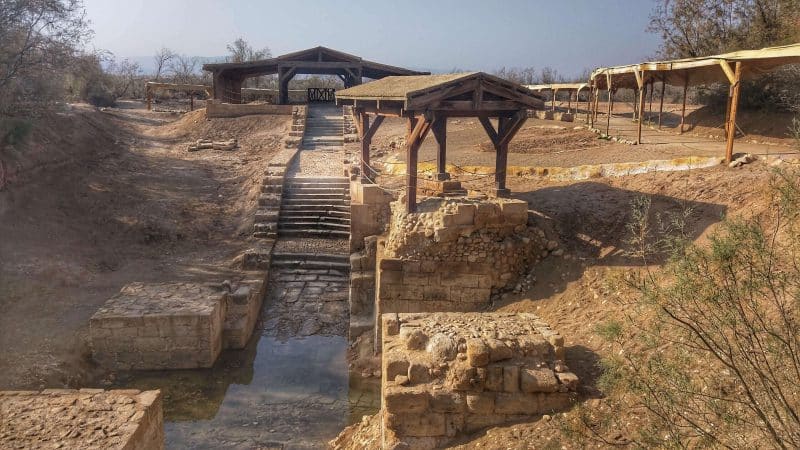 According to the Gospel of John, John the Baptist was preaching and baptizing in “Bethany, beyond the Jordan” (John 1:28). The site called also Bethabara, is identified on the eastern side of the Jordan River, opposite Jericho. The site was first documented in the 1890’s, but it was excavated only a century later, in the 1990s. These excavations exposed several buildings and pools that were used for Baptismal ceremonies in the Byzantine period. Monks cells were also recorded around the site. Next to the river, ruins of a Byzantine period monastery were uncovered. By local tradition, here Jesus left his clothes when baptized by John. Following the excavations, the site was developed both for visits and for Christian baptismal ceremonies. In addition, several churches were built around the archaeological site, although some have not yet been completed.

A tour of the Baptism Site can be combined with a multi-day tour of Jordan.